A museum curator said it “will be one of the most fascinating and disgusting objects we have ever had on display.” 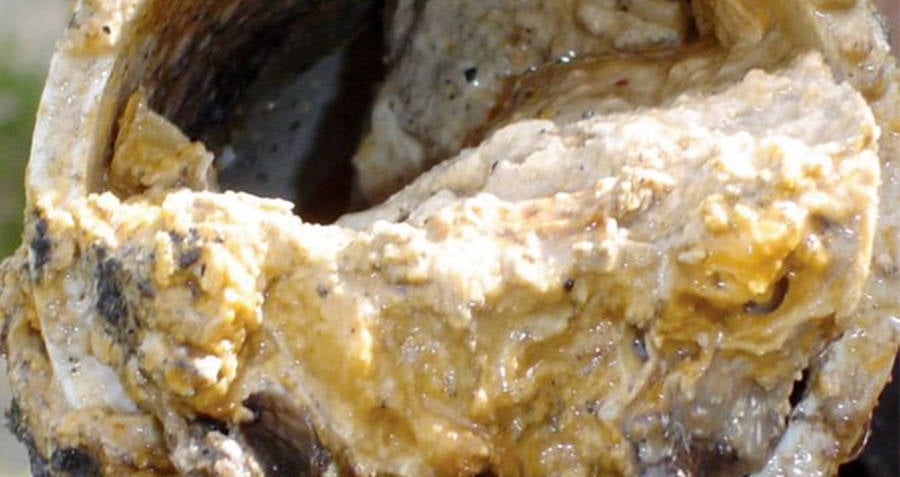 If you’ve ever wondered what a giant ball of congealed fat, oil, grease, baby wipes, and condoms looked like, look no further — you’ll be able to see one in person soon, according to BBC.

Next year, a slice of the “monster fatberg” that was removed from the sewers below Whitechapel this fall will go on display at the Museum of London.

According to the museum, the purpose of the display is to highlight the problem of waste disposal in London. Most of London’s sewer systems date back to Victorian times, and the pressure of modern waste — namely baby wipes — is beginning to take its toll.

Museum curator Vyki Sparkes said it “will be one of the most fascinating and disgusting objects we have ever had on display.”

Earlier this year, the world watched in disgust as water treatment workers from Thames Water waged a nine-week war on the monster Whitechapel fatberg, a “rock hard,” 280,000-pound ball of waste that blocked a section of the London sewer longer than the Tower Bridge.

Eventually, workers were able to clear the blockage, and actually put some of the ‘berg to good use. Most of it was chopped up and converted into bio-diesel.

Despite the name, the Whitechapel fatberg didn’t actually contain that much fat. For the most part, 93 percent to be exact, the giant fatberg was made up of baby wipes, which Thames Water officials say are a growing problem.

Though they are often marketed as being flushable, wipes get easily stuck in pipes and contribute to blockage almost immediately. They also don’t decompose as quickly or in the same way as normal toilet paper.

The other seven percent of the fatberg was made up of a range of other materials, such as fat, oil, grease, feminine hygiene products, condoms, and plastic wrappers.

The 820-foot long slice of the Whitechapel fatberg will likely contain all of the above when it goes on display early next year, and the gross fascination that the people of London have with it is expected to bring hundreds of visitors to the museum.

So why does something so disgusting draw so many people to its side? Stuart White of Thames Water thinks it’s because the fatberg is a tangible byproduct of modern-day living, describing the fatberg as “repulsively human.”

Next, read more about the monster Whitechapel fatberg. Then, read about the mysterious “mad pooper,” who won’t stop defecating in people’s yards.