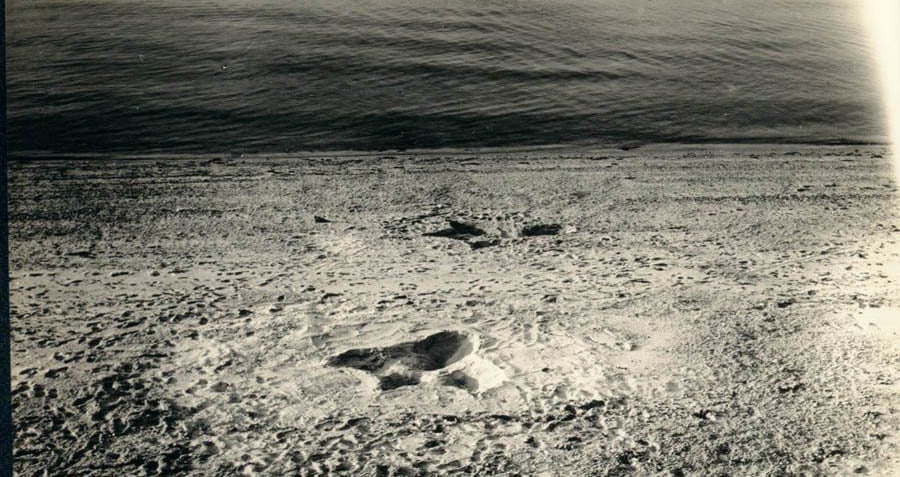 A photo of the two giant footprints that appeared on the shores of a Nantucket beach in August 1937.

THE SLEEPY ISLAND OF NANTUCKET, MASSACHUSETTS is no stranger to reported sightings of slithering beasts.

As far back as 1817, a fisherman in nearby Gloucester insisted he saw a giant, turtle-shaped and horn-headed creature swimming about the chilly Atlantic waters. At the time, scientists thought that the creature might be Scoliophis atlanticus, or what was known as an Atlantic humped snake. Townspeople weren’t convinced, and sightings kept trickling in. 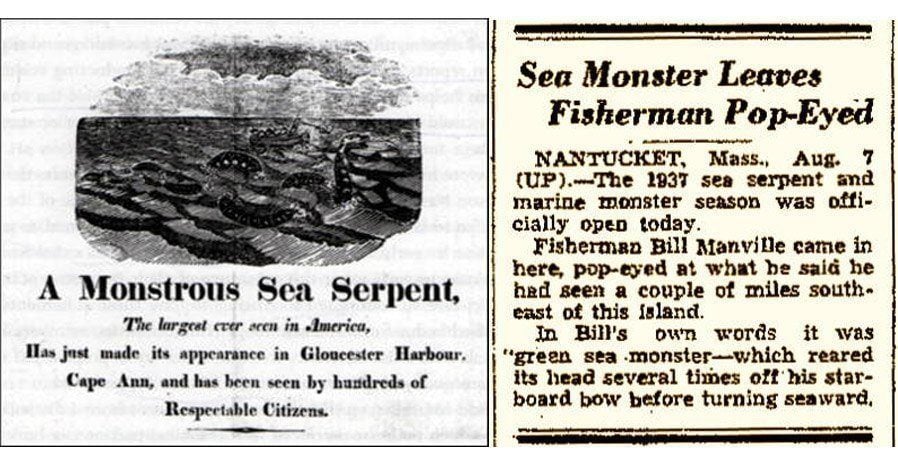 In 1937, another fisherman, Bill Manville, claimed to have seen what he described as a monster that was over 100 feet long. In the words of the Nantucket Inquirer & Mirror, it was “a green sea monster — which reared its head several times off his starboard bow before turning seaward.”

People were quick to dismiss Manville’s claim, but it was backed up the next day by a fisherman (and non-drinker, which the paper pointed out) named Gilbert Manter. The next morning, Manter walked down to the beach in hopes of seeing the creature again. He did not.

But what he did see were some very large footprints — 66-inches long and 45-inches wide — almost certainly made by the marine monster. 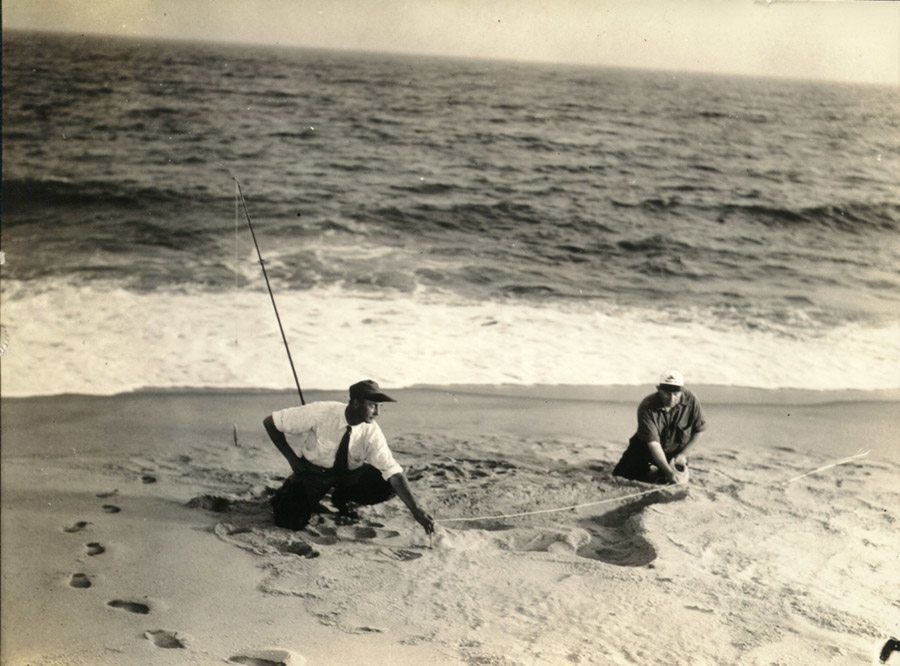 Everyone was abuzz with curiosity, and photos of the giant tracks were sent all the way to New York City, where experts seemed puzzled. In the words of Dr. W. Reid Blair, the head of the New York Zoological Society:

“No marine mammal could have left the tracks as they do not move so much on their flippers as they do on their second joint and on their bellies. Evidence of their passage would be seen on the beach only in a slight indentation. As for a land mammal, there is nothing on Nantucket Island that could leave such large tracks.”

Nantucket residents didn’t have to wait long for a glimpse of the fabled serpent; it washed ashore at South Beach – over 100 feet in length and with teeth as long as a man’s arm. It was also filled with air. The monster, you see, was really an inflatable balloon. 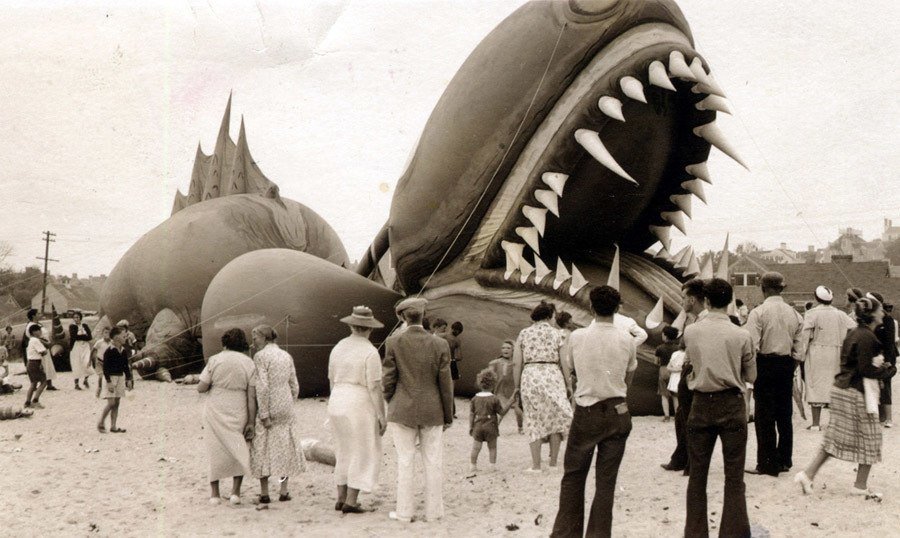 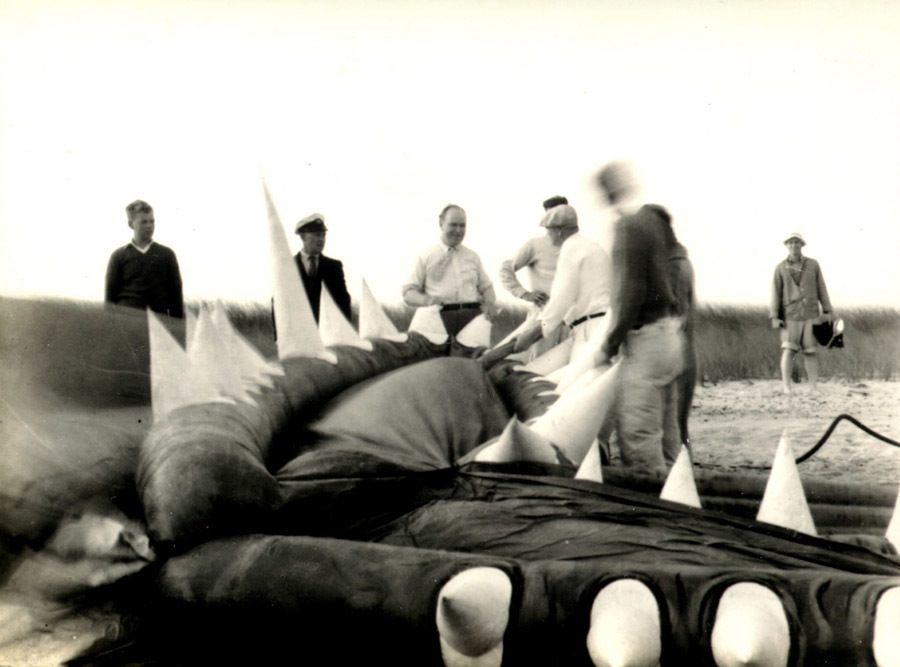 Indeed, the people of Nantucket had been fooled — and by a local. Tony Sarg’s Curiosity Shop planted the footprints and the “monster” as part of a grand publicity stunt meant to direct attention to the otherwise sleepy town.

And there was perhaps no better person in the town for the job: Sarg also happened to be a designer, painter, and puppeteer — today known as “America’s puppet master” — and was known for creating some of the very first balloons for the Macy’s Thanksgiving Day Parade. 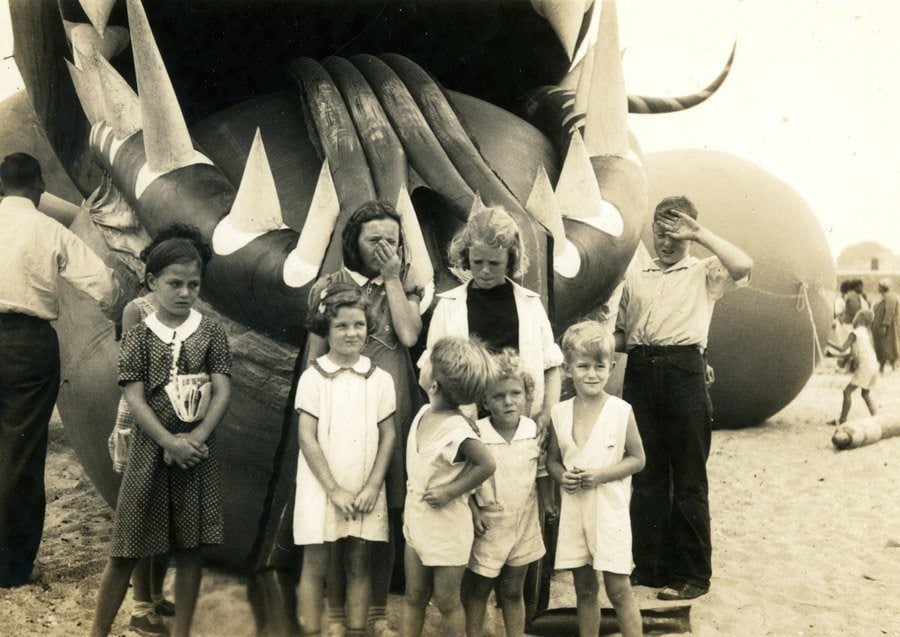 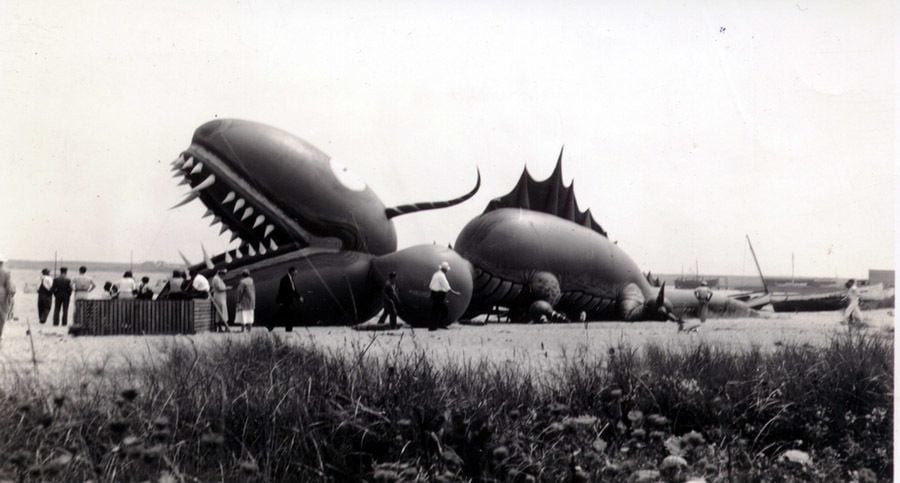 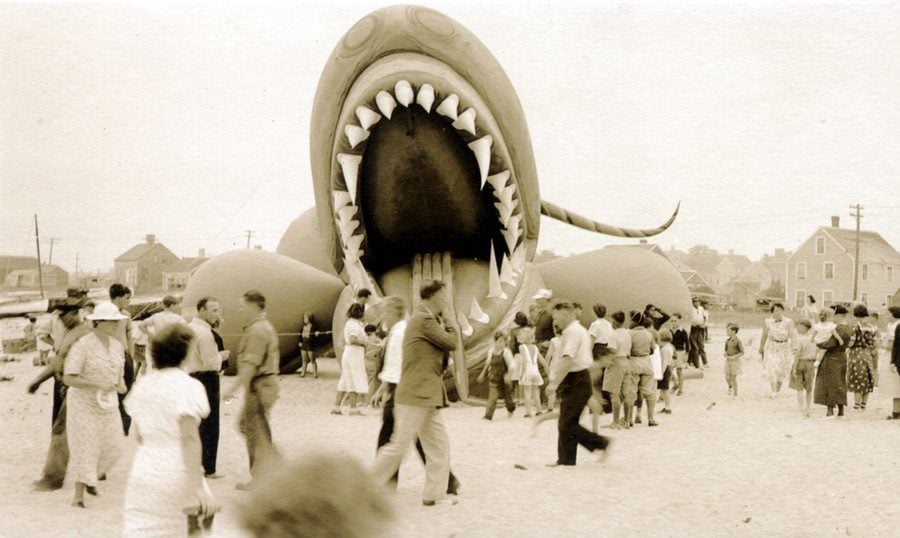 As it turns out, Sarg had worked with the local paper to orchestrate the sightings — having put the monster balloon in the water at Coatue Beach, hoping to land it at Jetties Beach (it landed at nearby South Beach instead).

Nevertheless, townspeople and monster conspirators alike got a kick out of the scheme: The washed-up monster quickly turned into a photo op — and the beach a party spot — just as Sarg and the paper lauded each other for the “cash value of the space” their prank garnered in the press.

Months later, the monster made another appearance — this time at the Macy’s Thanksgiving Day Parade. 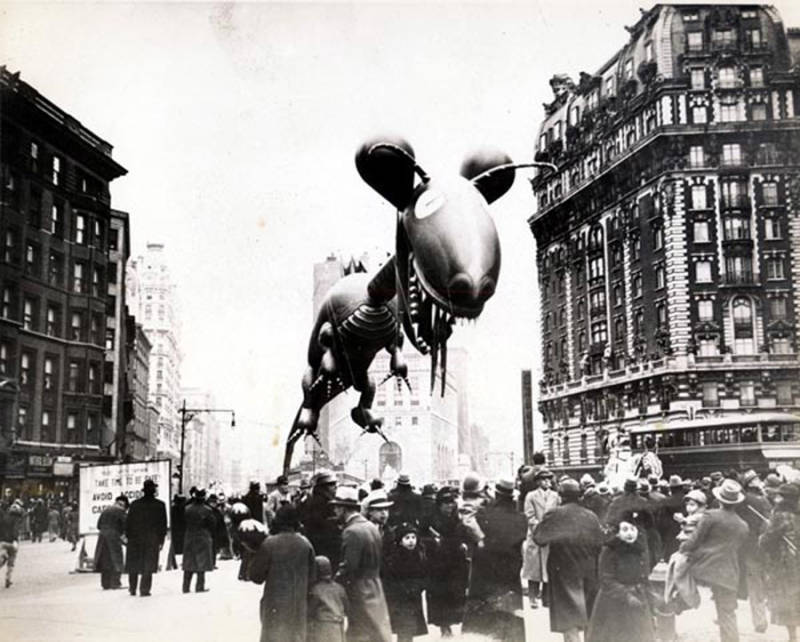 All photos come from the Nantucket Historical Association unless otherwise stated.

Next, read about history’s best hoaxes.