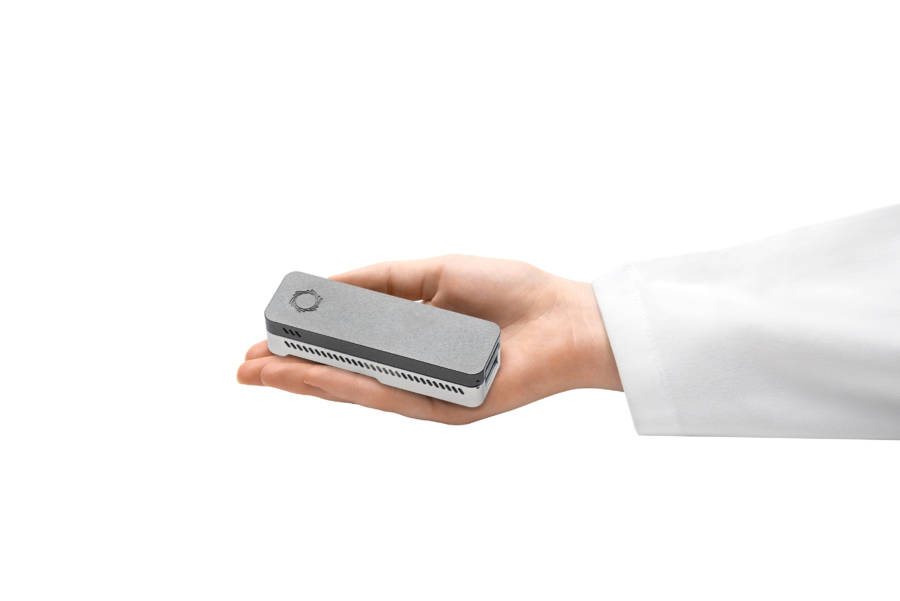 A SpaceX Dragon capsule just delivered a number of supplies to the International Space Station — and among them was a DNA sequencer capable of testing extraterrestrial specimens.

On July 20, the capsule handed off the MinION sequencer, an impressively minuscule tool weighing in at just 0.27 pounds. According to NASA, this tiny device can “identify microbes, diagnose diseases and understand crew member health, and potentially help detect DNA-based life elsewhere in the solar system.”

And while we’re all surely concerned about the health of the ISS crew, it is of course the final part of that statement that has attracted the most of the attention. Yes, it seems the MinION, unlike other DNA sequencers, could be capable of both detecting and analyzing alien life forms.

The MinION would accomplish this monumental task, as NASA states, “by passing DNA strands through nanopores, and as the DNA passes through the pore, the device measures changes in current that are diagnostic of the sequence of the DNA passing through it.”

This process would allow ISS crew members to analyze all kinds of previously untestable samples — even alien ones — and do so immediately, right on board the craft, without having to send the samples back to Earth.

As important as that functionality is, the MinION will also serve essential functions in keeping the ISS crew healthy. It will do so chiefly by testing both the craft’s environment and water supply for pathogens.

And with the Russian members of the crew breeding mold by improperly leaving their wet towels out and the craft’s entire water supply largely consisting of recycled sweat, condensation from breath, and urine, the ability to test for pathogens is essential.

Looks like the MinION could very well save lives inside the craft and discover life outside of it.

Next, read up on the recent use of the Drake Equation to calculate the exact odds of whether or not aliens exists. Then, check out three strange places and creatures on Earth that might prove the existence of extraterrestrial life.