Insert an artificial magnetosphere into space? Sure, why not? 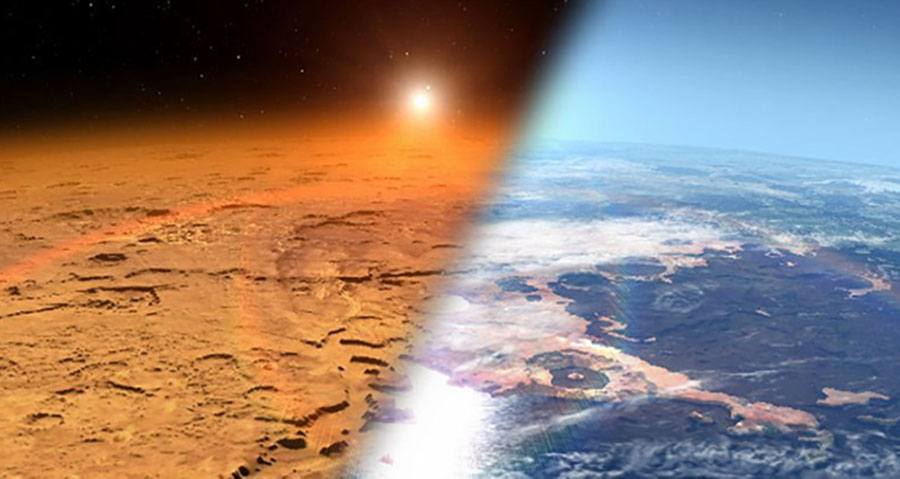 NASA just got a lot more serious about the whole “let’s put people on Mars” thing.

During last week’s Planetary Science Vision 2050 Workshop, space agency representatives unveiled a plan that could give Mars a chance to redevelop a thick atmosphere — and one which as a consequence allows for liquid water and warmer, human-appropriate temperatures.

How to go about it? By launching a magnetic shield into space. According to NASA Planetary Science Division director Jim Green, the shield could protect the Red Planet from solar winds and radiation and thus give it time to regenerate the human-habitable atmosphere that the planet lost over time.

Many scientists believe that Mars’ protective magnetic field collapsed billions of years ago, and thus allowed solar winds to scrape away at the planet’s atmosphere to create the barren, frigid space we recognize today.

By launching an artificial magnetosphere at L1 Lagrange Point — a space between the Sun and Mars — scientists believe the planet can regenerate the atmosphere it lost on its own.

“This situation then eliminates many of the solar wind erosion processes that occur with the planet’s ionosphere and upper atmosphere allowing the Martian atmosphere to grow in pressure and temperature over time,” the researchers wrote.

If all goes to plan, NASA simulations suggest that the planet could have half the atmospheric pressure of Earth in just a handful of years, Science Alert reported. Likewise, the simulations show that in the same time period, temperatures would warm 7.2 degrees and allow some of the carbon dioxide ice caps to melt.

Increased carbon supply could then allow the Martian atmosphere to trap more heat as part of a greenhouse effect, and thus permit more ice melting — and the return of liquid water on the planet.

Of course, a very long chain of events would have to go just right in order for Mars to become habitable again, and researchers recognize that.

Still, the plan isn’t necessarily a pipe dream. Engadget reports that research is already under way on how to make mini-magnetospheres with inflatable structures.

The biggest question is time, as it remains uncertain exactly how long the shield would have to be in place for Mars to become habitable.

Researchers remain hopeful, however. “If this can be achieved in a lifetime,” NASA researchers said, “the colonization of Mars would not be far away.”

Next, learn about Elon Musk’s plan to get people to Mars in just under a decade.