The museum is the first of its kind in the United States and focuses directly on victims of white supremacy. 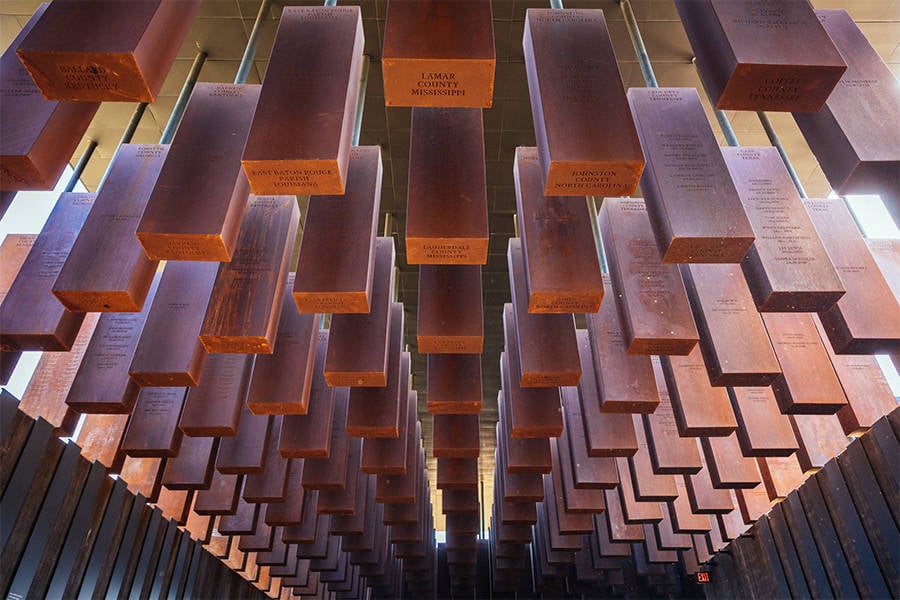 The New York TimesThe pillars that line the ceiling of the museum’s central walkway.

At the center of the National Memorial for Peace and Justice in Montgomery, Ala., hangs the main attraction.

They begin at eye level, as you enter the walkway. Weathered steel columns, 800 in total, each etched with the name of a county and those who were lynched there. As most victims were nameless, many simply read “unknown.” As you continue into the room, the walkway descends, and the columns begin to hang over your head, evoking an eerie insight into what the crowds of spectators saw during the events that inspired the memorial.

The National Memorial for Peace and Justice, which opened last week, is the first of its kind; a six-acre compound overlooking the state capitol dedicated entirely to the victims of senseless, and usually reasonless lynchings.

The brainchild of the Equal Justice Initiative, the memorial is also accompanied by a museum. Unlike a museum in the usual sense, the Legacy Museum features no artifacts and very few tangible exhibits. Instead, the museum is home to hundreds of firsthand narrative accounts of racism in the United States, cataloging incidents from the days of slave trading, through decades of lynchings, up to segregation, and into the current age of mass incarceration. 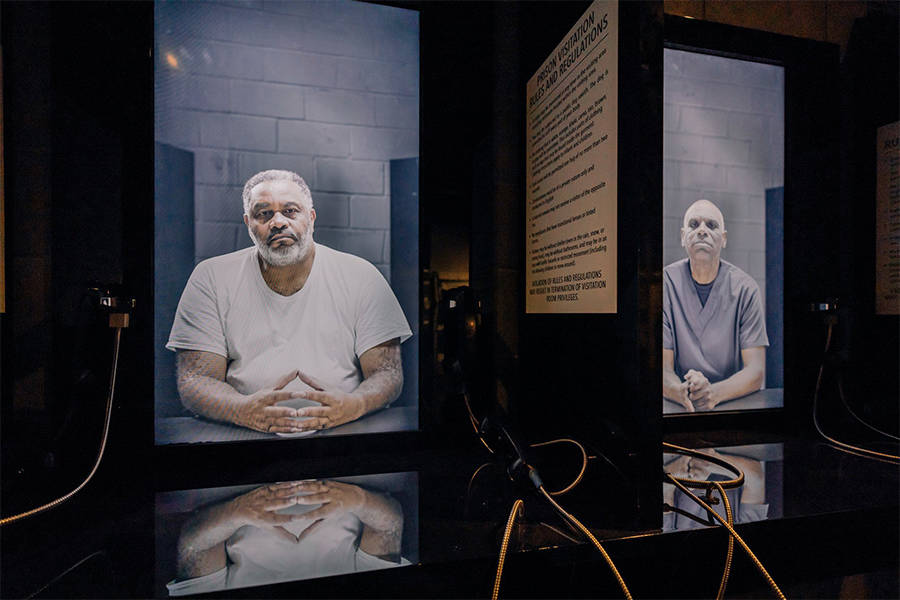 The Equal Justice Initiative’s founder, Bryan Stevenson, and a small group of lawyers have spent the past several years documenting the thousands of racial lynchings across the south. So far, 4,400 have been cataloged, and there’s still a long way to go. Inspired by the Holocaust Museum in Berlin, and the Apartheid Museum in Johannesburg, Stevenson set out to give the lynching victims their own memorial, and make a powerful statement about America’s racial history along the way.

The accounts featured in the museum aren’t just written testimonies, but interactive exhibits as well. One particular section invites guests into a booth to “speak” with inmates on death row about their journeys. Through a video played to appear as if one was visiting him in prison, Anthony Ray Hinton describes being wrongfully convicted of two murders by an all-white jury.

In another exhibit, hundreds of jars of soil are stacked along a wall, each from the site of a documented lynching and branded with the name of someone who was lynched upon it.

As visitors exit the museum, the narrative continues, this time with a hopeful tone. By the exit, there is a voter registration kiosk, literature on volunteer opportunities, and suggestions on how to share the heavy subject with students.

Though Montgomery, Ala. seems like the last place that victims of lynching would want to be forever immortalized, the placement of the historic monument was incredibly intentional. From the hill where it stands, visitors can see the river that slave ships traveled up and down, as well as the State Capitol building where the Confederacy once thrived. Both of which serve as poignant reminders why the monument is so important.

Next, take a look at these photos of the Great Depression’s forgotten black victims. Then, read about the governor who compared taking down Confederate monuments to taking down the 9/11 memorial.