The app, which has roughly 700,000 users worldwide, has been blamed in Sweden for causing multiple unwanted pregnancies. 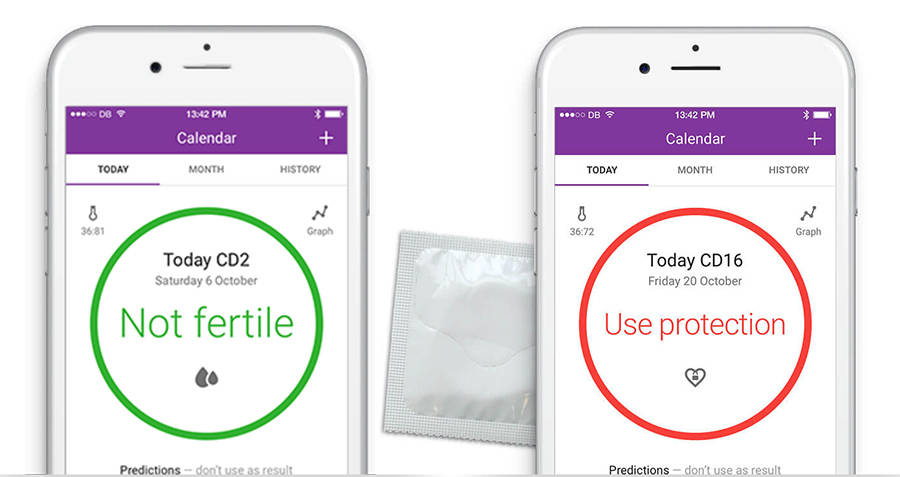 The app, which uses an algorithm and factors like body temperature to predict when a woman will be most fertile, has been a popular alternative to hormonal contraceptives in the EU, where it is certified as a form of birth control.

Users take their temperature on a daily basis using a special thermometer and enter the readings into the app. The app then lets the user know whether or not they are fertile on that day. In addition to being hormone-free, the app also appeals to users as it claims to offer no side effects whatsoever.

However, it seems that there is one pretty big side effect – pregnancy.

On their website, Natural Cycles explicitly states that it is okay for women to have unprotected sex during the period of time that the app claims they are not fertile. Furthermore, it assures them that they will not get pregnant.

Of course, the human body obviously doesn’t run like an app, and whenever someone has unprotected sex, there is always the risk of pregnancy. In fact, even fully protected sex using hormonal birth control, condoms, IUD’s or any combination of the above still runs the risk of unwanted pregnancy, as contraceptives are at most only 97-98 percent effective.

After the string of pregnancies, the Södersjukhuset hospital in Stockholm, Sweden, reported the app to the Medical Product Agency, who regulates apps. According to Natural Cycles, they have received no information from the hospital, but are in contact with the MPA regarding individual cases.

The company also assured users that they have initiated an internal investigation, and released a statement on the issue.

“No contraception is 100% effective, and unwanted pregnancies is an unfortunate risk with any contraception,” the statement said. “Natural Cycles has a Pearl Index of 7, which means it is 93% effective at typical use, which we also communicate.”

“At first sight, the numbers mentioned in the media are not surprising given the popularity of the app and in line with our efficacy rates,” it continued. “As our user base increases, so will the amount of unintended pregnancies coming from Natural Cycles app users, which is an inevitable reality.”

According to GP Updates, a UK based medical education company, the “natural family planning” method of birth control, which is most similar to what Natural Cycles uses, is only 86 percent effective.

Next, read more about Natural Cycles. Then, check out this highly effective male contraceptive injection.