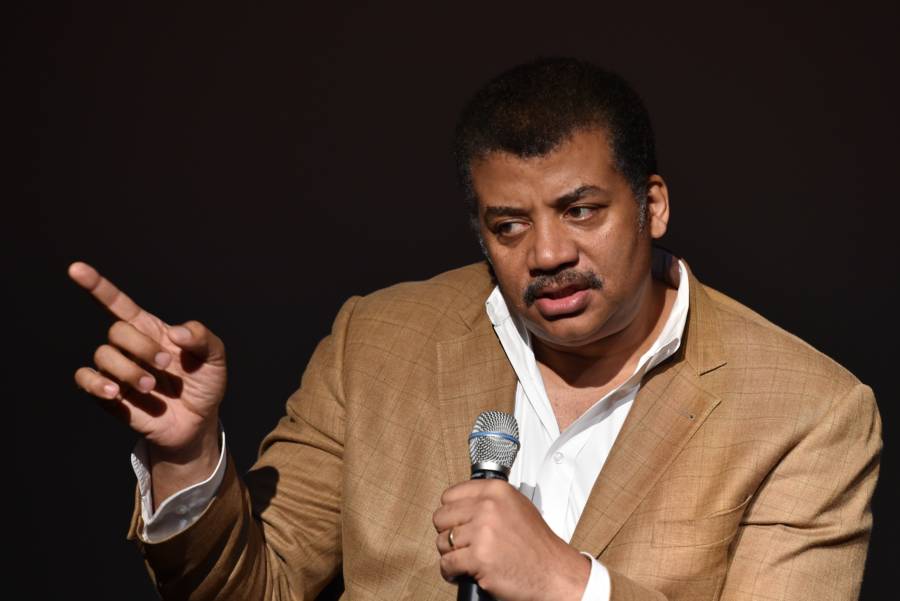 As Americans continue to grapple with the recent deaths of Alton Sterling and Philando Castile at the hands of police, popular POC figures have begun to share their own experiences with racial profiling.

Celebrated astrophysicist Neil deGrasse Tyson is one of them. On Tuesday, Tyson shared an excerpt from his 2004 book, “The Sky Is Not the Limit: Adventures of an Urban Astrophysicist” on Facebook.

The shared excerpt comes from a 1991 National Society of Black Physicists conference where, the Wrap reports, members discussed being stopped by police without reason.

“There was the time I was stopped late at night at an underpass on an empty road in New Jersey for having changed lanes without signaling,” Tyson wrote.

“He [the cop] went on to say that the ‘real reason’ why he stopped me was because my car’s license plates were much newer and shinier than the 17-year old Ford that I was driving. The officer was just making sure that neither the car nor the plates were stolen.”

That was just one encounter among “a dozen different [ones],” Tyson said. He recalled another incident while in school, when security officers stopped him several times as he attempted to bring boxes of books into his graduate school office. Tyson noted that curiously enough, he was “never stopped entering the campus gym.”

Ultimately, Tyson and his colleagues concluded that these events — which he describes as “not singular, novel moments playfully recounted” but “common, recurring episodes” — transpired simply because they were black.

Responses to Tyson’s post were predictably mixed. While some thanked Tyson for his missive, wondering “just how many Neil deGrasse Tysons the world’s already lost,” others called his story “ridiculous,” stating that the astrophysicist was simply victimizing his own race.

Several studies make the stories of Tyson and his colleagues appear less “ridiculous” than they do real — and part of a systemic problem.

For instance, in conducting a study on police killings of unarmed Americans, a University of California Davis professor found “evidence of a significant bias in the killing of unarmed black Americans relative to unarmed white Americans, in that the probability of being black, unarmed, and shot by police is about 3.49 times the probability of being white, unarmed, and shot by police on average.”

In an investigation of police behavior in Ferguson, Missouri, the Department of Justice found that:

“African Americans are more than twice as likely as white drivers to be searched during vehicle stops even after controlling for non-race based variables such as the reason the vehicle stop was initiated, but are found in possession of contraband 26 percent less often than white drivers, suggesting officers are impermissibly considering race as a factor when determining whether to search.”

Looking at 19,000 use-of-force incidents between 2010 and 2015, a study by the Center for Policing Equity found that “African-Americans are far more likely than whites and other groups to be the victims of use of force by the police, even when racial disparities in crime are taken into account.”