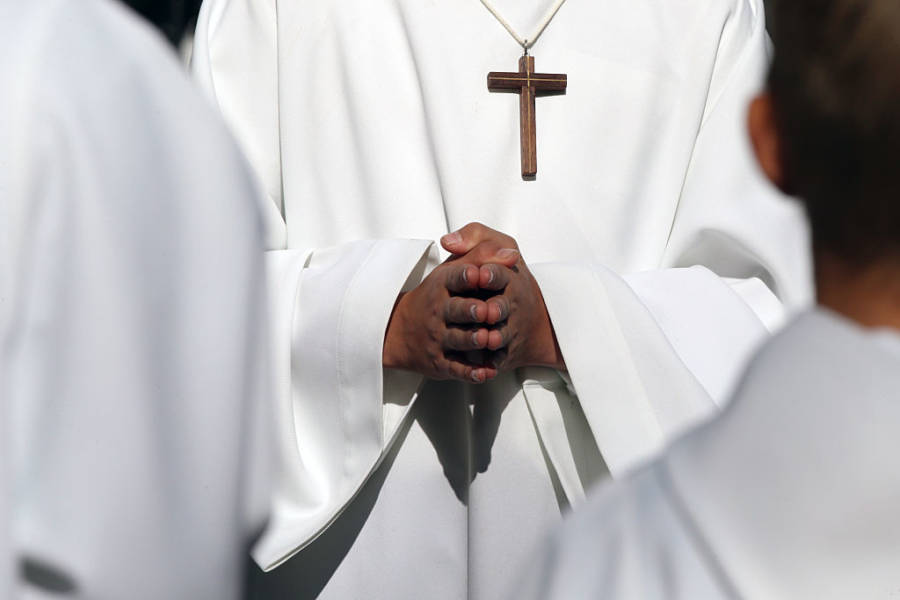 In recent months, more than 100 victims of sexual abuse by priests have settled their claims with the Archdiocese of New York.

Though the cases have remained largely confidential until now, seven men revealed details of their experiences on Thursday in hopes of encouraging other victims to come forward.

The men — who each received a settlement between $150,000 and $350,000 — named their abusers, all of whom had been mentioned in connection with abuse cases in the past.

“It’s a public safety imperative, because these are individuals who in many cases have an extended history in the archdiocese,” the men’s lawyer told The New York Times.

Rev. John O’Keefe, who worked in high schools from 1976 until 2004. He was just removed from the church last year.

Rev. Richard Gorman, who worked at another high school for more than 20 years before being suspended from the ministry in 2016.

Rev. Peter Kihm, who was removed from the priesthood in 2016, faces multiple allegations of abuse from his 34 years of service in three different New York counties.

And Rev. Gennaro “Jerry” Gentile was moved through seven different parishes before being sued by two victims in 1997. Even after that case, he remained a priest until 2005.

All 100 cases took place in the 1970s and 1980s. New York’s statute of limitations on child sex abuse cases requires the victims to come forward before they turn 23, which means that the victims, who didn’t come forward until this year, couldn’t sue under New York State law.

Because of these regulations, these settlements were sought through the Church’s new sexual abuse survivor compensation fund program.

In the program’s first phase, 145 cases were brought forward — 118 of which have accepted settlements.

A spokesperson for the Archdiocese said that participants in the program “have the absolute right to speak about their abuse and their abuser at any time, to whomever they want, however they want.”

Next, read about the infant remains recently discovered in the sewer system of an old Catholic home for unmarried women. Then, learn about the gruesome crimes of the only Catholic priest to be executed in U.S. history.