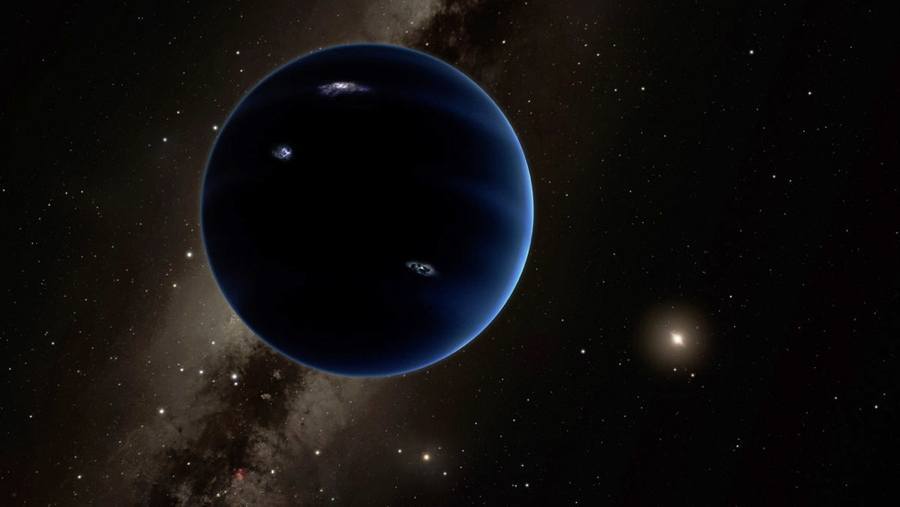 An artist’s rendering of the newly discovered ninth planet in our solar system. Image Source: The California Institute of Technology

Earlier today, researchers at the California Institute of Technology disclosed evidence that likely reveals a ninth planet in our solar system. Here’s what we know about “Planet Nine” so far:

1. Planet Nine is located at the far reaches of our solar system, with an orbit 20 times farther from the Sun than Neptune’s. This extremely wide orbit means it would take the planet between 10,000 to 20,000 years to travel around the Sun just once.

2. The enormous planet has a mass about ten times that of Earth’s.

3. The first suggestion of this new planet came in 2014, when researchers discovered a congruence of several objects in the area beyond Neptune, indicating that perhaps the gravity of an undiscovered planet was the cause.

4. Although Planet Nine has not yet been observed, researchers estimate that chances of their evidence indicating the presence of something other than a new planet are 0.007 percent.

5. This ninth planet could reshape our very understanding of how our solar system was born. Most scientists now agree that the four large, gas-based planets of our solar system–Jupiter, Saturn, Uranus, and Neptune–came first and helped inform the rest of the solar system’s construction.

The presence of this new planet could mean that there actually five, not four, planets among what scientists call this core group.

6. Depending on where exactly it’s located, it may only be visible via a very small handful of the world’s most powerful telescopes. But, it’s also highly possible that it’s not in such a location, and would instead be discoverable by a civilian with a much weaker telescope.

In the words of lead Planet Nine researcher Mike Brown: “I would love to find it. But I’d also be perfectly happy if someone else found it. That is why we’re publishing this paper. We hope that other people are going to get inspired and start searching.”

Next, check out some stunning photos and background info on our former ninth planet, Pluto. Then, stay in the great beyond with these outer space facts and vintage NASA photos!