Because no law exists making what they did illegal, five Florida teens who filmed a man die have avoided charges. 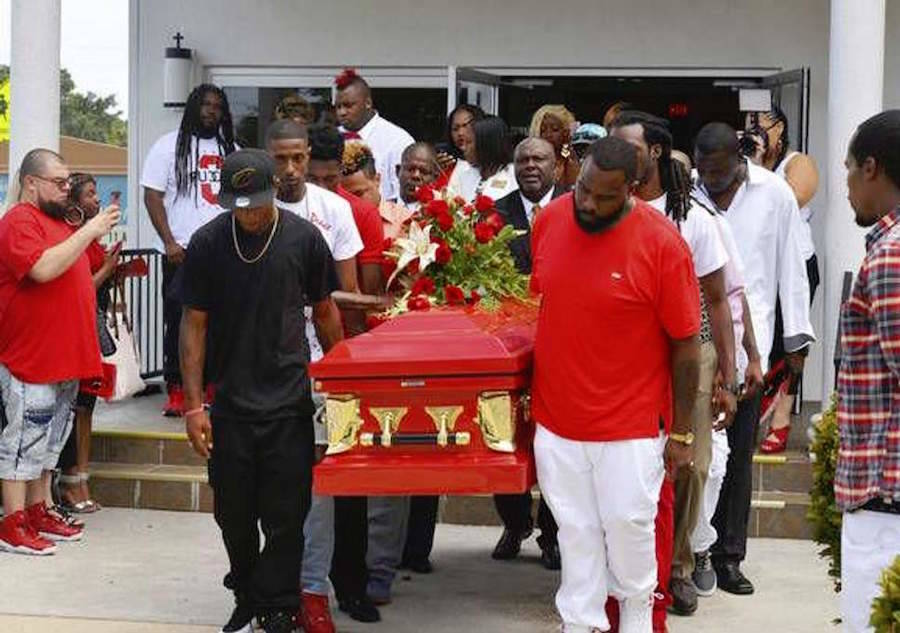 A group of five teenagers won’t face any legal action after they filmed, laughed, and insulted a drowning man.

In July 2017, the teenagers saw 31-year-old Jamel Dunn struggling in a pond in Cocoa, Fla. Instead of calling for help, they recorded and mocked him as he drowned.

“I want to think that’s a natural instinct for any of us that if we saw somebody in trouble or somebody having an issue, that we would at least try to get them help,” Cocoa police chief Mike Cantaloupe said at the time of the incident.

Dunn was disabled and walked into the pond by himself shortly after getting into an argument with his fiancée, according to police.

The video was posted and shared across social media, with public outrage intensifying after prosecutors revealed that no charges would be brought against the teens.

Cantaloupe filed a misdemeanor charge against the teenagers under a statute (Florida Statute 406.12) requiring witnesses to report a person’s death to authorities.

But on June 22, the Office of the State Attorney announced that the five teens won’t face prosecution because there is no Florida law that requires someone to provide emergency assistance in this kind of situation.

“No, they were not obligated to help. No, they didn’t commit a crime. But yeah it was very senseless to sit there and watch someone die,” McIntosh said. “You mocked, you laughed, and it was all a joke to you. That’s the main reason I really wanted some kind of punishment to come out of this.”

The disturbing footage captured the teens – whose ages range from 14 to 18 – shouting to Dunn that nobody was going to help him as he screamed before disappearing under the surface.

Dunn’s body was found three days after his family and fiancée reported him missing.

His family saw the video, which had been circulating on Facebook, and reported the footage to police.

Reports stated that the teenagers lacked any remorse when they were subsequently questioned by the police.

“It took them a year to come up with the decision not to charge them. A whole year for that,” McIntosh said. “I’m sort of speechless.”

Cantaloupe released a statement after it was revealed that the teens wouldn’t be prosecuted.

“Our effort to use a statute in which medical personnel have a duty to report a death to the medical examiner was an attempt to seek some form of justice in this case, however, it did not apply in this case,” it read in part.

“Recognizing it is not the job of government or police to legislate morality, we as a society must do better in not only showing compassion, but teaching our young people it is always the right thing to help others in need or in distress, even if it is just making a phone call.”

Next read about the nurses caught on video laughing as an elderly veteran died. Then read about the teen who assisted with and recorded his friend’s suicide.