Thanks to ride-share apps and the advent of the self-driving car, car dealerships may soon be a thing of the past. 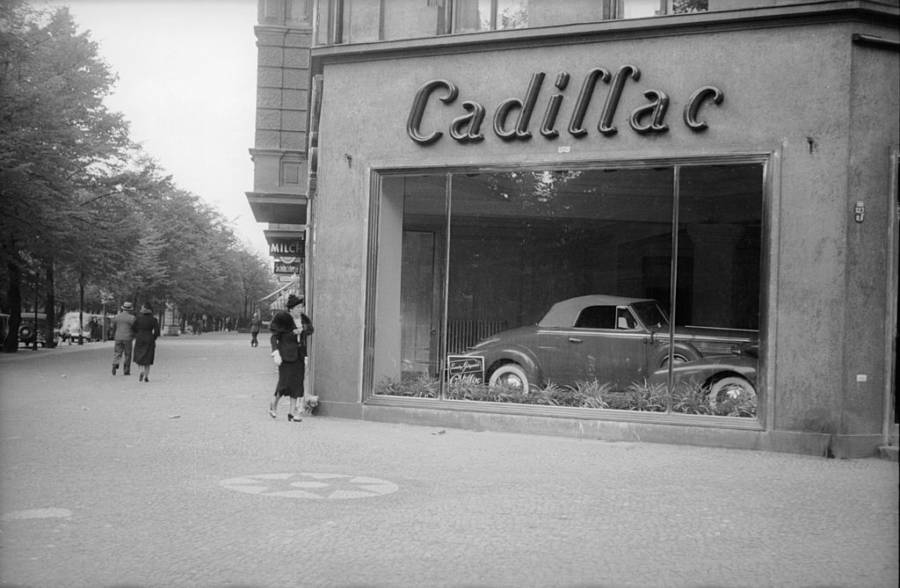 August Darwell/Picture Post/Getty Images)3rd June 1939: A new motor car in the window of a Cadillac showroom.

It might be the end of the road for car dealerships in America.

A new report from independent think-tank RethinkX claims that the increased use of electric cars and ride-sharing services will soon send glistening automobile-filled lots the way of CD players and the horse and buggy.

And they do mean soon.

They expect dealerships to be extinct within the next seven years.

TaaS — current ride-sharing apps like Lyft and Uber, future use of self-driving car services — “will provide 95% of U.S. passenger miles within 10 years of the widespread regulation of autonomous vehicles.”

This widespread use of self-driving automobiles might seem a long way off, but they predict it will be a normal part of life by 2020.

“Using transport as a service will be four to 10 times cheaper per mile than buying a new car, and two to four times cheaper than operating an existing paid-off vehicle by 2020,” the report reads.

That’s because, the authors say, prices will decrease markedly for these kinds of services as self-driving cars and more competitors are introduced into the market. All of these changes mean the switch from personal cars would save about $6,000 a year for the average American family.

“People simply won’t own cars,” Seba said, pointing out that for all the money you spend on them, individually owned cars are only actually in use for about 4% of their car lives. “The Ubers and GMs of the world will own the cars, and they’ll be in use constantly which will drive down the cost of each ride to a point where it will be economically irresistible to consumers.”

For those who really can’t bear the thought of not having their own set of wheels, though, electric cars might be the next step instead.

The rapid development of these energy-saving vehicles will soon cause a sharp price drop into the $20,000 range, the study’s authors predict, making them more accessible to the average person.

As well as saving money on gas, electric car owners would keep the $1,000 they currently spend each year on vehicle repairs.

If the report’s hypotheses are true, the effects will be revolutionary.

Tens of millions of personal vehicles will be abandoned and even more jobs could be lost.

Car dealerships, car repair shops, car insurance agencies, and car manufacturing careers as we now know them will become obsolete. The oil industry will also take a hit, and one that may reverberate throughout the global economy.

The change will have significant environmental effects with fewer gas-guzzlers on the roads and the decrease in traffic will lead to far fewer car-related injuries and deaths.

Given decreased costs and ease of accessing a ride, the authors predict that low-income, elderly and 16-and-under populations will benefit from increased mobility.

Though these shifts might seem too daunting to happen so fast, the researchers say we need only look as far as the creation of the Internet or the iPhone to understand how quickly and completely one technological development can change our way of life.

“When the iPhone came out in 2007, many wondered who would spend hundreds on something called a smartphone,” Seba said. “Now we can’t imagine our lives without them.”

Next, learn about the two companies taking pre-orders on flying cars. Then, check out one architecture firm’s plan for an insane, asteroid-hanging skyscraper.