The two women were babysitting the three children for a family friend when the video was taken. 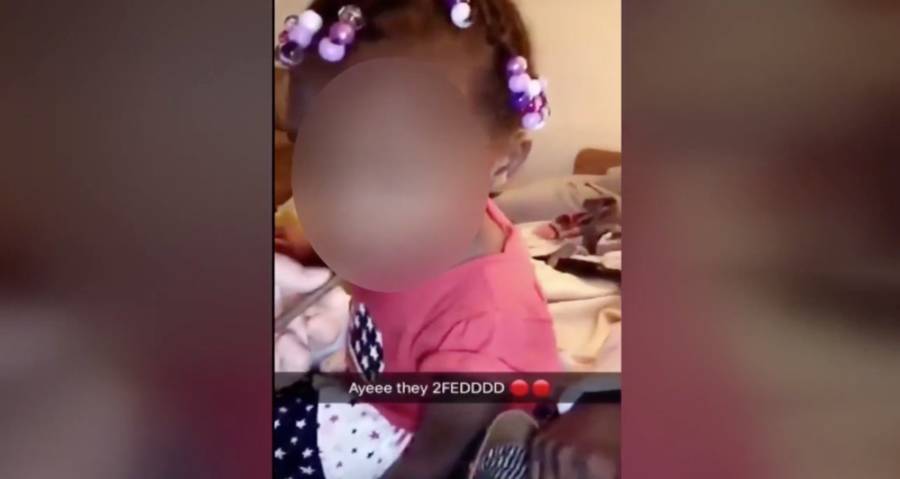 WXII-TVOne of the three children smoking an apparently drug-laced cigar.

Two women in North Carolina are in hot water after a video showed them helping three small children smoke an apparently drug-laced cigar.

21-year-old Michaela Pearson and 18-year-old Candice Little were arrested earlier this week after a Snapchat video showed them passing a cigar around to three children from which all three take puffs, according to the Associated Press.

The video obtained by WXII-TV eventually made its way to Facebook which prompted many calls to local authorities, who in turn arrested the two women on Aug. 28 from a local motel. During the arrest, police also seized drug paraphernalia.

According to the Winston-Salem Journal, the arrest warrants revealed that the women have been charged with a felony for child abuse, causing serious bodily injury, and three counts of contributing to the delinquency of a minor.

Police said that the cigar shown in the video, which the children smoked, contained an “illegal substance” but did not offer any more information about what the substance was exactly.

The children, aged 18 months, two years, and three years, were taken to a local hospital following the incident for treatment and observation, according to the Winston-Salem Journal. Police said that Child Protective Services is conducting its own investigation of the incident.

According to Fox 8, Pearson and Little are family friends who were babysitting the children. Their mother was shocked by the video and her friends’ actions telling Fox that she “trusted them.” 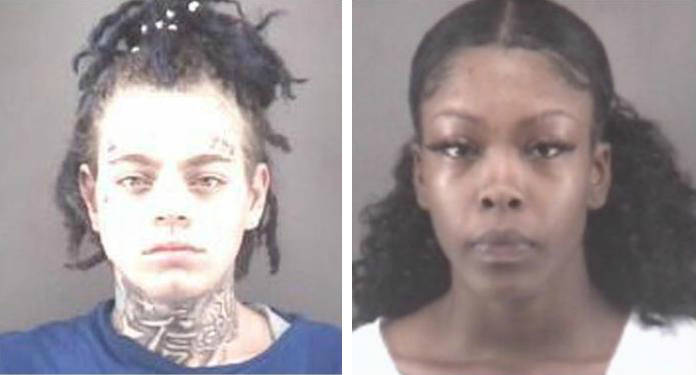 The children’s mother has not revealed her name because she has been receiving death threats regarding the incident. She also said that she is very upset by the incident and loves her children very much.

According to the Winston-Salem Journal, a third suspect, 20-year-old Christopher Daquan Nettles, was arrested at the motel by police while they arrested Pearson and Little. Nettles was arrested on an unrelated warrant and his bond is set at $2,000.

Unfortunately, this is not the only case where children have been videoed smoking illegal substances while in the hands of caretakers.

In March 2018, a 20-year-old mother in Raleigh, N.C. was arrested after a viral video showed her one-year-old daughter smoking marijuana. In the video, an adult’s hand can be seen putting a cigarillo up to the baby’s mouth who then appears to inhale and puff smoke.

In the case of the three children from Winston-Salem, the reason why the women made the children smoke the illegal substance is still unclear.

Next, read about the parents who had their child taken away from them because they gave him marijuana for his seizures. Then, discover the story of the Rainbow Family, who went from peace and love to murder and drugs.