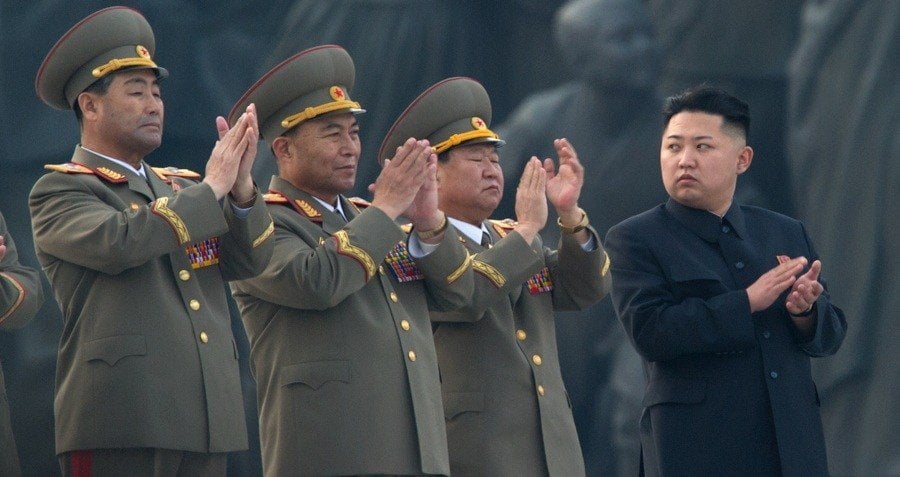 North Korea, very likely the only country on Earth that could do the following and not have it seem out of character, has just officially banned sarcasm.

In mass meetings organized throughout the country last month, reports Radio Free Asia, government officials warned all citizens that they are strictly forbidden from making any sarcastic comments or indirect criticisms of any kind about the country’s leadership.

“One state security official personally organized a meeting to alert local residents to potential ‘hostile actions’ by internal rebellious elements,” a source in Jagang province told RFA. “The main point of the lecture was ‘Keep your mouths shut!’.”

And just what kind of sarcasm has North Korea been facing?

First, some citizens have apparently been mocking the government’s habit of erroneously blaming other countries for many of North Korea’s internal problems. “This habit of the central authorities of blaming the wrong country when a problem’s cause obviously lies elsewhere has led citizens to mock the party,” the same local source told the RFA.

The source added that at one of the meetings last month, a government official specifically warned people against ironic usage of the common phrase “This is all America’s fault” in order to indirectly criticize the regime.

Officials also specifically warned against joining in on recent mockery directed at leader Kim Jong-un over his conspicuous absence at recent ceremonies in both China and Russia marking the end of World War II. After those events, government workers in Pyongyang began spreading the phrase “A fool who cannot see the outside world” in reference to their notoriously isolationist leader.

Between this sarcasm ban and the wedding ban enacted by the government this past spring, one can only wonder what’s next.

Next, delve into this fascinating collection of 55 rare photographs that reveal what life is link inside North Korea. Then, prepare to be bewildered at what the internet looks like in North Korea.