North Korea Is Exporting “Slaves” To Russia, Making Millions In The Process

North Korea has reportedly sent up to 50,000 laborers to Russia and then confiscated 80 percent of their pay. 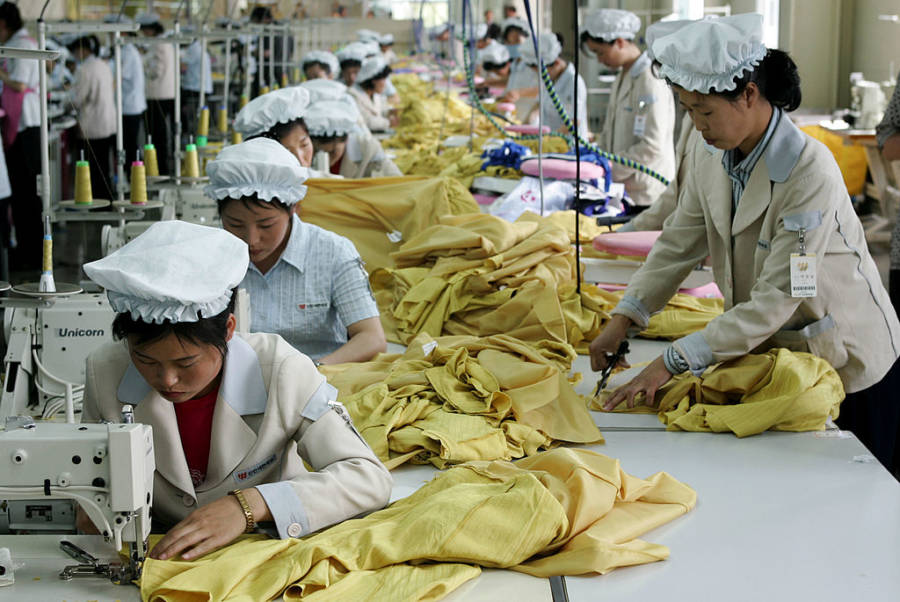 With so many international sanctions putting a damper on North Korea’s trading abilities, they’ve reportedly begun exporting one of their only remaining resources: human workers.

The government has shipped about 50,000 North Korean manual laborers to Russia, according to the activist group NKDB.

The workers are then forced to forfeit at least 80 percent of their earnings to the Workers’ Party of Korea, allowing the government to make a reported $120 million off of their exported labor.

“They don’t take holidays,” a Russian employer said of his North Koreans workers to The New York Times. “They eat, work and sleep and nothing else. And they don’t sleep much. They are basically in the situation of slaves.”

“They are fast, cheap and very reliable, much better than Russian workers,” Yulia Kravchenko, a Russian resident of the city of Vladivostok, agreed. “They do nothing but work from morning until late at night.”

The practice technically doesn’t violate United Nations restrictions on importing labor from the country, so companies aren’t shy about sharing their employment practices.

“Surprisingly, these people are hard-working and orderly,” the website of a Vladivostok home repairs company agreed. “They will not take long rests from work, go on frequent cigarette breaks or shirk their duties.”

A U.S. State Department report released last month reaffirmed many of the forced labor accusations, reporting that workers were sometimes subjected to 20-hour days, given only two days off per month, and constantly monitored by government “minders” to restrict their movements.

“These workers face threats of government reprisals against them or their relatives in the DPRK if they attempt to escape or complain to outside parties,” the report reads. “Workers’ salaries are appropriated and deposited into accounts controlled by the North Korean government, which justifies its retention of most of the money by claiming various ‘voluntary’ contributions to government endeavors.”

For one, North Korean workers helped build the soccer stadium that will house next year’s World Cup and many of them work on construction sites and logging camps across Russia, which resemble “Stalin-era prison camps, according to the Times.

In response to the reports of human rights abuses, a former Russian diplomat said that people are overreacting.

“It is not slave labor but hard labor,” Georgy Toloraya told the Times. “And it is much better here than in North Korea.”

It seems that most North Koreans might agree. Conditions in the famine-ridden country are apparently so bad that laborers have been paying bribes to get sent to Russia.

Next, read about the North Korean government’s ban on sarcasm. Then, check out these 27 glimpses of North Korea’s strange version of the Internet.