Scientists believe the oasis could be home to life forms previously unknown. 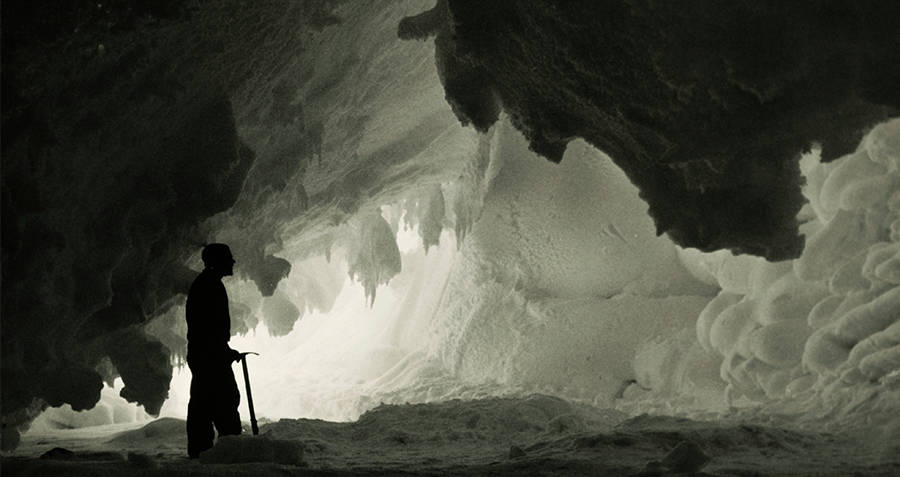 Bettman/Getty ImagesInterior of one of the Ross Island ice caves

When you think Antarctica, you don’t usually think “t-shirt weather,” yet that’s just what researchers have found in the middle of the tundra.

Researchers have discovered a web of hidden ice caves beneath Ross Island’s Mount Erebus that play host to a hidden oasis, where the air temperature hovers around 77 degrees Fahrenheit.

The volcano’s heat combined with the continent’s below freezing temperatures created the surprisingly pleasant conditions.

“You could wear a T-shirt in there and be pretty comfortable,” lead researcher Ceridwen Fraser said. “There’s light near the cave mouths, and light filters deeper into some caves where the overlying ice is thin.”

The warm temperatures inspired Fraser and her team from the Australian National University to conduct forensic studies of the soil in the cave. The studies revealed DNA evidence of algae, mosses, and even small animals.

Though the researchers haven’t seen the life forms in person, they believe the findings signal a larger ecosystem thriving somewhere on the continent.

“There was one set of sequences that look like they’re from some sort of arthropod, and arthropods are things like spiders, mites, a lot of insects … You could imagine maybe a cave mite or some sort of insect-like organism that’s down there,” she continued.

Though the find is exciting, it’s important to consider the counter argument.

Laurie Connell, a professor from the University of Maine who was also involved in the study warned that just because the DNA evidence was present, it doesn’t mean that the creatures are still living there. Antarctica’s strong winds are known for bringing organic matter to the island from elsewhere, which could explain the DNA evidence’s existence.

The next step to the research will involve biologists looking for the animals, which scientists believe could conceivably live there.

Antarctica’s caves are known to be home to diverse bacterial and fungal communities, so it would make sense that higher level creatures would live there too. Furthermore, the cave systems haven’t been fully explored yet, due to their remote locations and the active volcano they lie beneath. This leads researchers to believe that there could be more climates and conditions to be found.

To research the caves further, a separate team of researchers are working on developing a 3D model of Mount Erebus’ inter-workings, from its source to the surface. This would assist researchers in finding the other caves, and the routes to them.

Enjoyed this? Check out these Antarctic facts you wont believe are true! Then, take a look at these breathtaking photos from the age of Antarctic exploration.