The program forgives student debt after 10 or 20 years of reduced monthly payments. 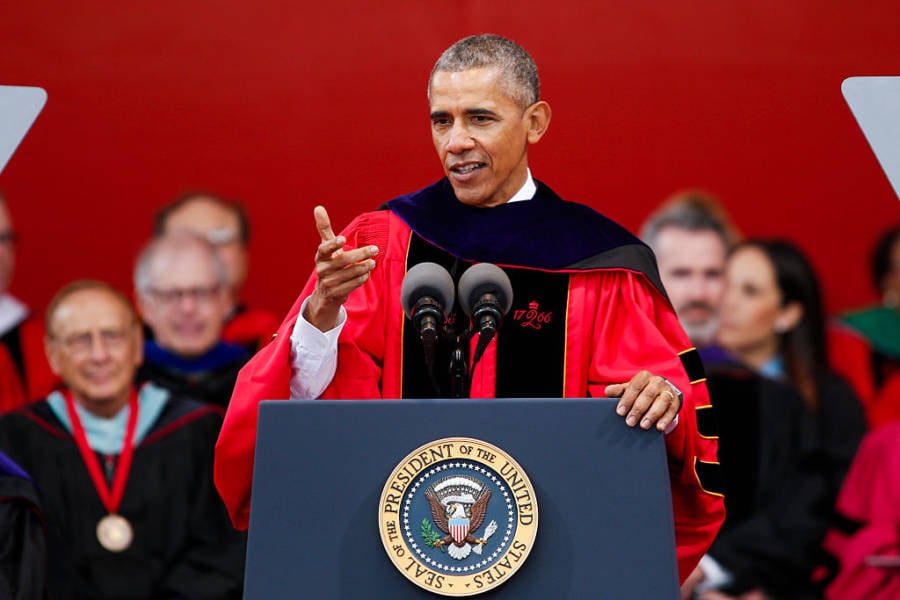 Turns out the price tag for President Barack Obama’s student loan repayment program is higher than previously thought. The federal government will be forgiving more than $100 billion in student debt in the upcoming years.

The program helps student loan borrowers by reducing monthly payments by hundreds of dollars before forgiving any remaining balance after 10 or 20 years, depending on whether or not the borrower works in the public or private sector.

In its most generous version, the program caps monthly payments at 10 percent of discretionary income, which the government defines as any earnings above 150 percent of the poverty level, or $17,655 for a single person.

Meaning, for someone annually making $30,000, their discretionary income would be $12,345. Then applying the 10 percent rule, the program would thus cap that person’s monthly loan payments at $102.88.

These are just some of the revelations in the new GAO report. Senate Budget Committee Chairman Mike Enzi (R., Wyo.) ordered the report following the drastic increase in enrollment in the program after Obama announced that he’ll extend it into the foreseeable future.

Enrollment has tripled in the past three years, having grown to include almost 24 percent of all former students currently required to be making payments. This comes out to 5.3 million borrowers collectively owing $355 billion.

The GAO report states that $137 billion of that won’t be repaid, with most of it — $108 billion to be exact — getting forgiven after the borrowers wait out the 10 or 20 year time period.

The rest of the debt that won’t be repaid — $29 billion — is going to get written down due to disability or death, the GAO projects.

While these sums upset some, supporters of the student loan repayment program say that it offers a lifeline to the unemployed or low-wage earners and has reduced the amount of new graduates defaulting on loans.

Critics counter by saying that the program doesn’t help the neediest and instead helps those who attend pricey colleges and graduate schools.

According to the Education Department, most borrowers in the program with high debt balances indeed went to graduate school, although the majority of borrowers did not have such high debts.

Nevertheless, the GAO report shows that the small number of high debt borrowers are skewing the overall average debt per borrower, brining that number up to roughly $67,000.

Next, check out why more students are becoming sugar babies to pay for college, before reading about the growing cost of college.