You've heard the expression "raining cats and dogs," but what about raining octopuses and starfish? 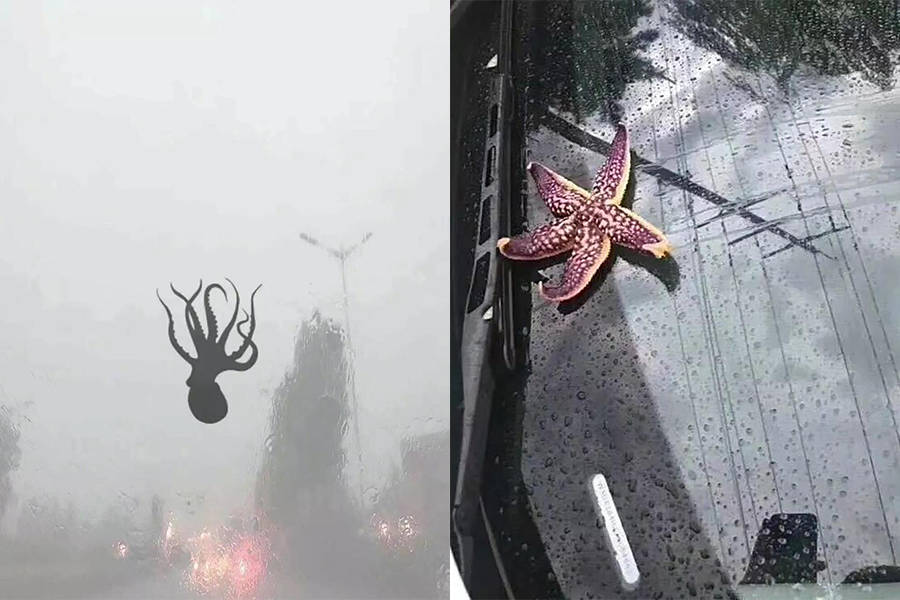 The SunOctopuses and starfish were seen falling onto cars.

“It’s raining cats and dogs” might just be an expression to mean it’s raining hard, but this week in a coastal city in northeast China, it really was raining so hard that creatures started falling from the sky. In this case, the creatures were from the ocean.

The city of Qingdao, China is no stranger to the sea and its creatures. After all, it’s common to see octopuses, shrimp, and starfish around the coastal city. However, it is exceptionally uncommon to see them falling from the sky.

One photo shows an octopus falling through the sky, its tentacles trailing gracefully behind it. Another shows a starfish spread out on the windshield of a car. A few shrimp popped up clinging to windshield wipers, and a mollusk was seen stuck to someone’s side mirror. 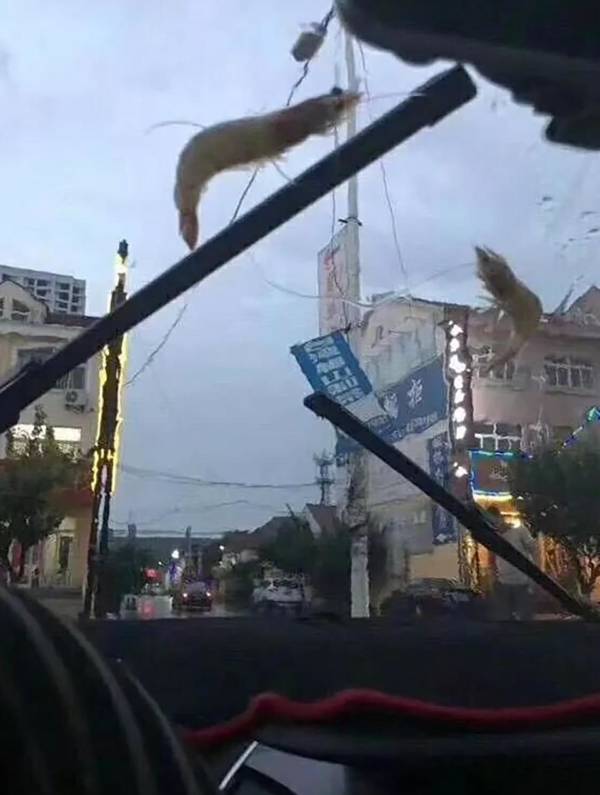 Though the photos seem strange, or even like they could be photoshopped, the so-called “seafood rain” phenomenon is not that unheard of. The most common occurrence is when tornadoes hover over water, creating what’s known as a “waterspout.” If the wind is strong enough, sea life can literally be plucked from the ocean and flung through the air. As the tornado moves, the sea life moves with it and can find itself falling back to Earth yards or even miles from the shore.

The particular sea tornado that was responsible for the octopus rain had record-setting hurricane-force winds that registered at a 12 on the Beaufort scale. Aside from the literal fish out of water, the city also experienced widespread property damage.

While this may be the first (or at least a very rare example of) octopus and starfish rain, fish have certainly fallen from the sky via storms in the past. In Mexico, in September several fish fell from the sky during a rainstorm, and historians at the Library of Congress have pointed out that sea life rain has been reported as far back as ancient civilizations.

“Of course, it doesn’t ‘rain’ frogs or fish in the sense that it rains water—no one has ever seen frogs or fish vaporize into the air before a rainfall. However, strong winds, such as those in a tornado or hurricane, are powerful enough to lift animals, people, trees, and houses,” the library said on its website. “It is possible that they could suck up a school of fish or frogs and ‘rain’ them elsewhere.”

Aside from the sea creatures, the town also experienced chicken egg-sized hail and paper money falling from the sky.

Next, check out these facts about China that will blow your mind. Then, check out the weirdest things that have been pulled from the deep sea.