Oil Drilling In National Parks May Soon Be Allowed By Congress

A new resolution would roll back Obama-era regulations, making it much easier to drill on national park land. 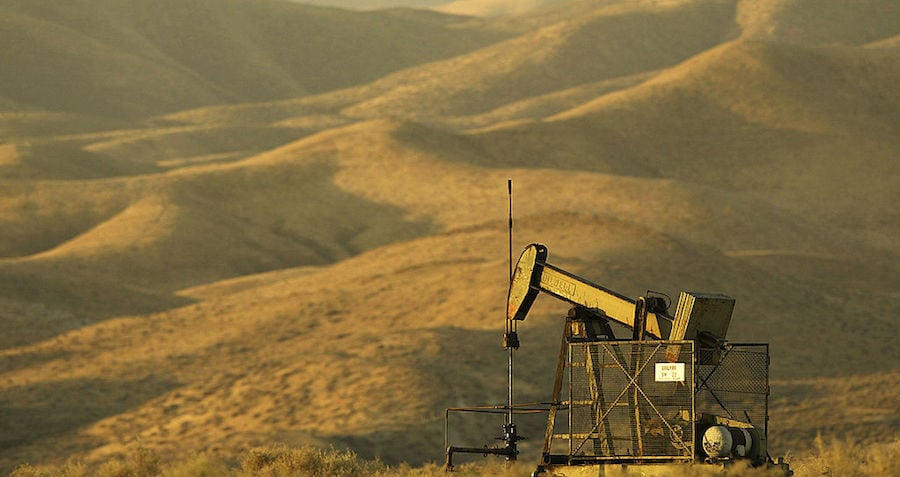 David McNew/Getty ImagesAn oil rig pumps near the hills of the Wind Wolves Preserve, north of the Los Padres National Forest in California.

Arizona Republican Representative Paul Gosar has submitted a resolution to Congress that would roll back an Obama-era regulation hampering states and private interests from drilling for non-federally owned oil on National Park land.

The new “H.J. Res. 46” resolution, however, would scrap the “9B” regulations that the Obama administration implemented in November 2016 in order to restrict drilling on federal land.

These 9B regulations primarily affected “split-estate” property, meaning that the federal government has acquired the land for national parks but private owners — including states — still retain the rights to the oil and natural gas buried beneath the surface.

The 9B regulations placed drilling wells under the purview of the National Park Service regulations and strengthened enforcement powers. It also required drillers to put up more substantial upfront deposits in case of potential damage by lifting the cap on financial bonding requirements.

“These challenges are direct attacks on America’s national parks. Each of these rules provides the commonsense protections for national parks that millions of Americans demand,” said Nicholas Lund, a senior manager at the National Parks Conservation Association, of the new proposal in a news release.

“If the Park Service’s drilling rules are repealed, national parks across the country would be subjected to poorly regulated oil and gas drilling, threatening parks’ air, water, and wildlife.”

Parks that could be affected include the 40 split-estate properties in the National Parks system, including Florida’s Everglades National Park, Wyoming’s Grand Teton National Park, Pennsylvania’s Flight 93 Memorial, and even the Grand Canyon National Recreation Area.

“These attempts to weaken protections put our parks at risk,” Lund said. “And by using the Congressional Review Act process, Congress is forever tying the hands of the agencies charged with protecting America’s favorite places. If Congress wants to protect national parks for future generations, it must reject these challenges.”

While Lund maintains that rolling back the 9B safeguards will put national park lands in environmental danger, Rep. Gosar argues the opposite, saying in a statement that, “Private property rights are a bedrock principle of America.”

“The federal government has no right to impose job-killing regulations for private and state-owned oil and natural gas wells not owned by the federal government, especially when these wells are already subject to existing environmental regulations. Again, these are non-federal oil and gas rights we are debating,” Gosar said.

“If allowed to stand, the Park Service’s new regulation will result in unconstitutional takings, permitting delays and job losses. Congress must block this rule as a result.”

Originally scheduled for a February 3 vote, the bill is now in committee with no firm date set for a vote.

Next, find out why Trump’s border wall will cause major environmental damage, before checking out how Ireland will become the first country to stop funding fossil fuels entirely.