Opponents remind Rep. Mike Ritze that it's unconstitutional to deny public education to any child regardless of immigration status. 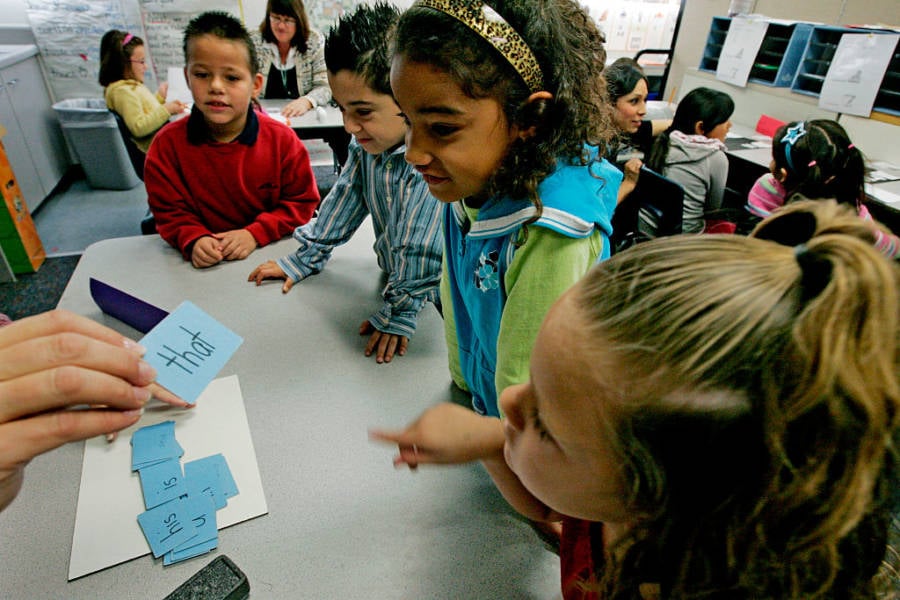 When confronting a $900 million hole in the Oklahoma state budget, Republican Rep. Mike Ritze came up with a controversial solution.

Republicans don’t like raising taxes, he reasoned, and they don’t like undocumented immigrants. So, they should round up the state’s 82,000 non-English-speaking students and hand them over to Immigration and Customs Enforcement.

Ritze claimed that his proposal could save the state $60 million.

“Identify them and then turn them over to ICE to see if they truly are citizens — and do we really have to educate noncitizens?” he asked in an interview on KWTV.

Well, according to a 1982 Supreme Court decision, the answer to that question is yes. Yes we do.

In Plyer v. Doe, the Court voted 5-4 that, under the Constitution, states could not deny a child free education based on their immigration status.

Any resources that could be saved from excluding these children, the Court argued, were far outweighed by the societal harm that could be caused by creating an entire population of uneducated young people.

Taking away children’s education would “deny them the ability to live within the structure of our civic institutions, and foreclose any realistic possibility that they will contribute in even the smallest way to the progress of our Nation.”

Along that line of thinking, Ritze’s proposal has been met with outrage from civil rights groups, Democrats, and members of his own party.

Rep. Chuck Strohm, the co-chairman of the Republican Platform Caucus, was quick to clarify that deporting children to save money “is not a position that we support” — though the caucus had discussed the financial burden of teaching students who need additional help with English.

“This caught many of us by surprise, because that’s not the direction that we talked about,” he told the AP.

“Our lawmakers face a very daunting task and time is running out, but surely there are better options than threatening kids,” she told The Washington Post. “Investing in education – all the way from early childhood through high school – is an investment in our state’s economic and cultural future. I know the vast majority of our Legislature wants to do right for education, but there is no benefit to floating outrageous ideas that seek to punish kids.”

Ritze himself is a grandfather, a Sunday School teacher, and has served as a medical missionary in Mexico and Honduras.

His proposal is apparently aimed at weeding out the youngest of the state’s estimated 95,000 unauthorized immigrants, an idea that contrasts sharply with the Obama administration’s approach of only targeting violent criminals or undocumented immigrants with criminal gang connections.

The Trump administration has expanded the deportation priorities to include unauthorized immigrants convicted of any criminal offense (like driving without a license).

But no one’s ever been arrested for learning their ABC’s.

Next, read about Americans’ recent trolling Trump’s “Illegal Alien” hotline by reporting UFO sightings. Then, learn why most Texans oppose Trump’s border wall, according to a new poll.