The abstract nature of the drawing has experts wondering about its meaning. 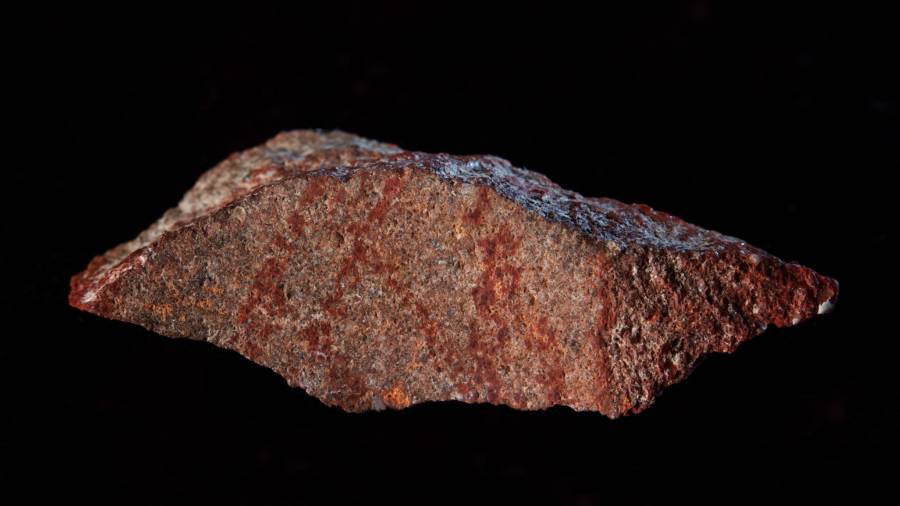 Archaeologists have found the world’s oldest known drawing at 73,000-years old. Some people think that it may be the origin of the hashtag.

A new study published in Nature revealed that archaeologists in Blombos Cave on the southern shore of South Africa, found an ancient stone with a red cross-hatched pattern drawn on it.

They claim the pattern resembles that of the popular pound sign used on social media.

The researchers determined that it is thus considered the oldest known drawing in human history.

According to an article from Nature, the alleged hashtag beats out other previously-discovered works by a landslide for the title of oldest drawing. The next two closest finds include Neanderthal cave paintings in Spain that date back 64,000 years and Eurasian cave paintings from 40,000-years ago.

Archaeologist Christopher Henshilwood, who made the discovery with his team, reported in Nature that the drawing was made using a crayon of red ochre, which is a mineral mainly composed of iron oxide. Ochre is known to have been used as a pigment for tens of thousands of years. 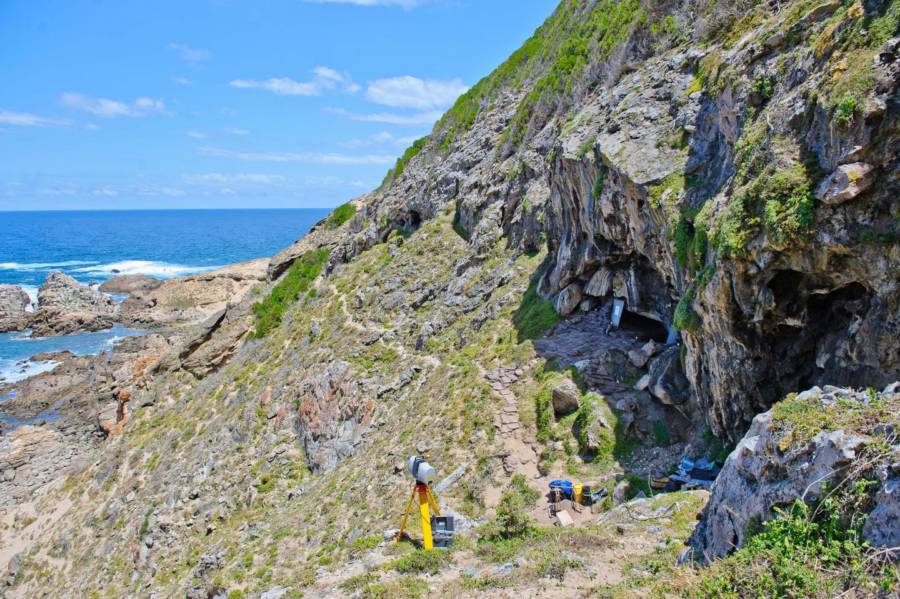 Magnus HaalandOutside of Blombos Cave in the southern Cape in South Africa.

Despite its abstract and relatively random appearance, the team behind the study maintains that the drawing was intentional.

“Our microscopic and chemical analyses of the pattern confirm that red ochre pigment was intentionally applied to the flake with an ochre crayon,” the study reads.

The Nature article states that because it is a drawing, instead of an engraving, “it could not have been created as the accidental by-product of another process.” The paper’s authors admit that they haven’t determined exactly why the drawing was created but say that it is clear that the lines of the cross-hatched pattern were a fragment of something larger because the lines look like they continued onto surrounding rock pieces that are now gone.

Nature A graphic of what could be part of a larger drawing.

Because the drawing is abstract, unlike the drawings of animals found in other caves, it is impossible to know exactly what the drawings represent. Some critics cite this as evidence that the markings might not be meaningful after all.

Maxime Aubert, an archaeologist at Griffiths University in Austrailia who was not involved in the report, told The Washington Post that the study “fails to demonstrate that the cross-hatched patterns were intentionally made by humans as a sign of symbolic representation.”

“We can’t exclude the possibility, for example, that this could be the result of sharpening the tips of ochre pieces on stone,” Aubert added. 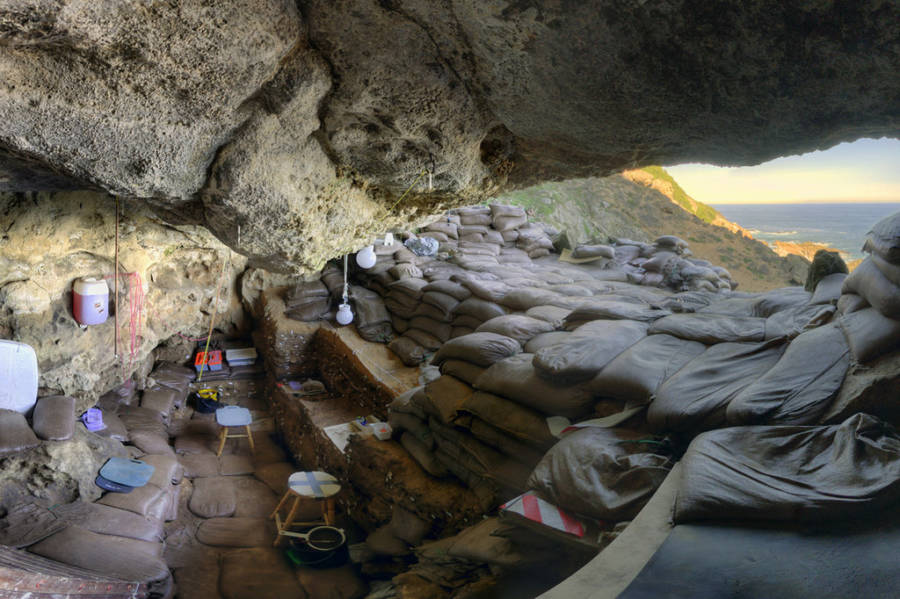 Christopher S. Henshilwood via the New York TimesThe inside of Blombos Cave.

Christopher Henshilwood, an archaeologist at the University of Bergen in Norway and an author of the paper, said in a statement that similar cross hatches have been found in Austrailia, Asia, and Europe, and points to those as proof that the drawing found in South Africa wasn’t just random markings.

Meaningful or not, the drawing is groundbreaking.

Alison Brooks, a paleoanthropologist with George Washington University told The Washington Post: “The very existence of such marks, however, expands the known repertoire of expressive capabilities among early members of our species in Africa.”

The alleged hashtag certainly begs this question about early human behavior: What else don’t we know?

Next, meet Otzi the Iceman, the oldest preserved human being ever found. Then check out some of the world’s oldest structures.