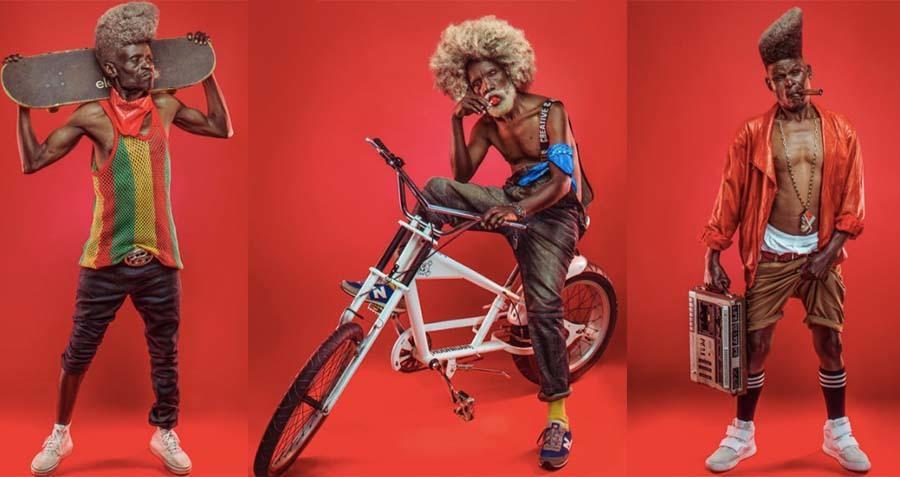 “Stylish” is seldom the first word that comes to mind when we think of our elders, but that couldn’t be further from the truth for the grandpas featured in Osborne Macharia’s latest photo series.

Flexing their muscles and grabbing their bikes, the men featured in the architect-turned-photographer’s fictional series are not just impossibly cool, but serious hip-hop experts.

According to Macharia’s Instagram, the men call themselves Kabangu — which is also the title of Macharia’s series — and live in Nairobi, Kenya’s informal settlement, Kairobangi. There, they split their time working as security guards and hip-hop aficionados, having followed the genre since the ‘80s.

Macharia told ATI that the fictional Kabangu series was the product of an interest in geometry and a desire to do something new. “[We] wanted to do a couple of projects throughout 2016 based on different themes,” Macharia said. “The first one was to be based on geometrical shapes. I didn’t want to go for the conventional young, dark, good-looking male model and so that set me on a journey of trying to figure out a different subject matter that would give a twist to the brief yet bring out what was initially intended.”

“That’s when the idea of using old men came into play and styling them to look like old school hip-hop heads,” Macharia told ATI. “Giving the project a story is always the driving force behind most of my personal/art projects and so I did the same with this.”

This isn’t the first time Macharia has found inspiration in the elderly. Before Kabangu, Macharia focused on a project called “Kenya’s League of Extravagant Grannies,” which tells a fictional story of former government and business leaders who now jet about Africa — and of course do so in style.

Next, check out this photo series of people after one, then two, then three glasses of wine.