Authorities have arrested 25 people who ordered that a 16-year-old girl be raped in front of her own family as payback for her brother's crimes. 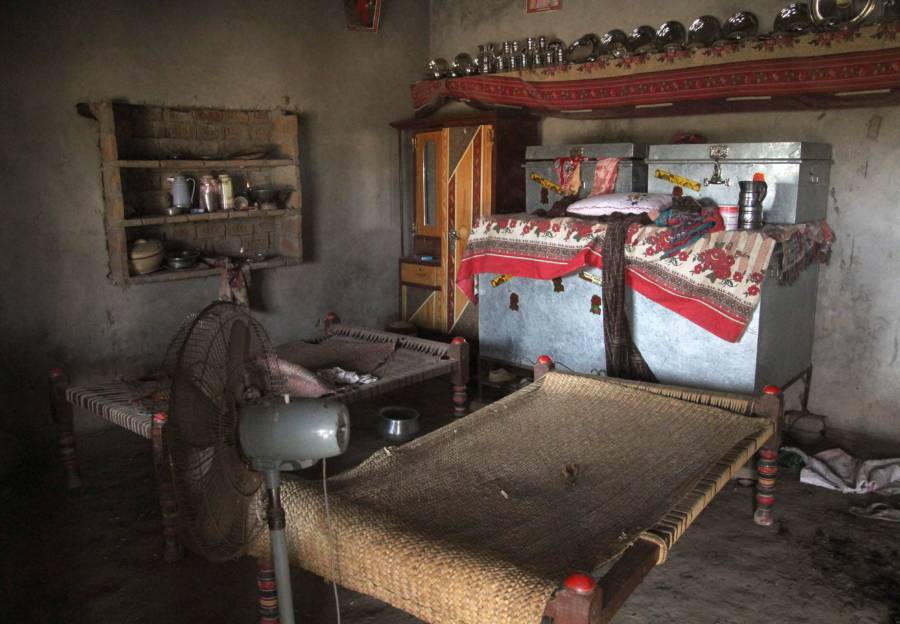 SS MIRZA/AFP/Getty ImagesThis photograph taken on July 26, 2017 in Muzaffarabad, Pakistan, shows the room where the second victim was raped.

Pakistani authorities have called for the arrest of 29 people responsible for ordering the rape of a teenage girl.

The inciting incident occurred on July 16, when a 16-year-old boy raped his 12 or 13-year-old female cousin in Muzaffarabad, a suburb of Multan, reports The Washington Post. The local elders — functioning as a kind of village council known as a panchayat or jirga — then decided that the victim’s 16-year-old brother must take revenge by raping the attacker’s 16 or 17-year-old sister, local authorities say.

Before that decision was handed down, the mother of the initial attacker had offered either of her two married daughters to be raped, but the council instead ordered that the unmarried teenage daughter must be the victim, according to Pakistan’s Dawn news site.

The victim’s brother did then rape the attacker’s unmarried sister in his home on July 18, Ahsan Younis, head of the Multan city police, told the Washington Post. Dawn reports that the rape was carried out in front of the council and the girl’s parents. 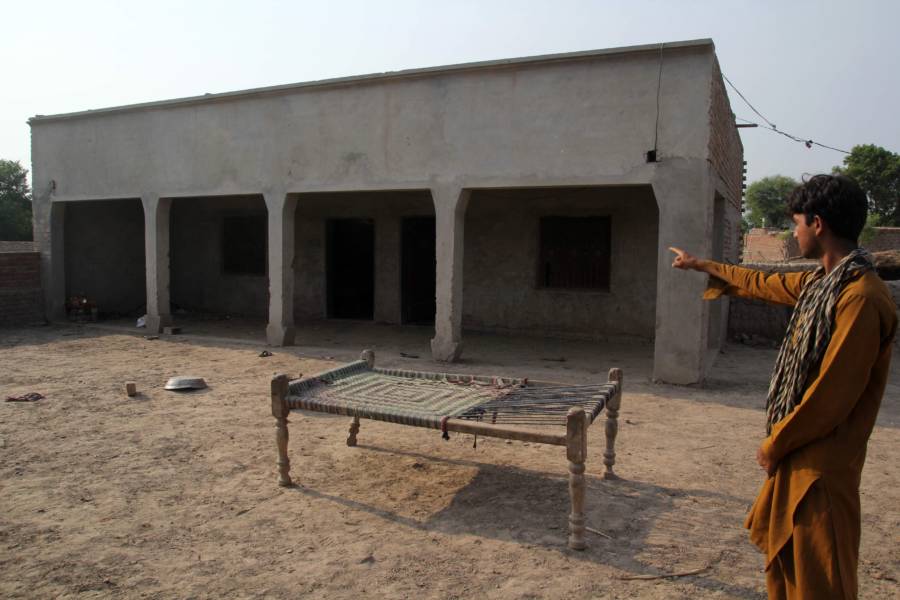 SS MIRZA/AFP/Getty ImagesOn July 26, 2017, a Pakistani villager points to the house in Muzaffarabad where the second victim was raped.

Following the second rape, the mothers of the two victims reported the crimes to the Violence Against Women Center in Multan, the BBC reports. Authorities then learned of the dozens of people involved in orchestrating the “revenge rape,” as Younis characterized.

Now, 25 of the 29 people involved in the incidents have already been taken into custody, including the initial attacker, leaving four others not yet captured, the second attacker among them.

These arrests, however, came only after what the Punjab province’s Chief Minister Shahbaz Sharif now calls a “criminal delay,” with the official police report on the first incident not being filed until July 24.

“Unfortunately… there could not be a worst [sic] example of extreme negligence by the police,” Shahbaz told Dawn. He has now ordered the suspension of all officials at the local police station for their delay in bringing the suspects into custody.

Now that so many involved in the rapes finally are in custody, it’s not yet clear what kinds of consequences they will face. The two attackers could face the death penalty, Younis says. As for the families, they have admitted to police that they ordered the revenge rape and that it was a consensual decision between the two families.

And whatever consequences they will face opens up a wider discussion about the role of local councils like the one in this case throughout Pakistan. This case has “shed light on the continued prevalence of the panchayat system, an informal village governance system in which village leaders have been known to settle disputes over women with forced marriages, stonings and other punishments,” the Post writes.

Now, activists and authorities are calling for a crackdown on these local councils that are part of a system that allows young women, in particular, to be victimized. As Younis said of the attacks in Muzaffarabad, “It’s barbaric.”

Next, read up on a Pakistani Islamic council’s recent decree that husbands are allowed to “lightly beat” their wives. Then, learn the story of the British Muslim teenager who was killed and stuffed into a refrigerator as part of an honor killing.