This Palmitas street art project just might be the most colorful urban renewal project on the planet. Don't believe us? Check it out for yourself. 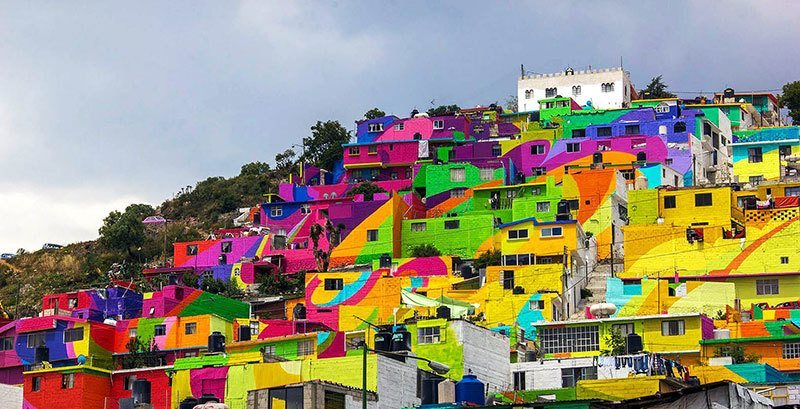 Source: In A Gist

In 2011, Sony Pictures painted Juzcar, Spain bright blue to promote the release of their new Smurfs 3D movie. Sorry, Sony: a youth collective operating under the name Germen Crew has blown your Spanish Smurftown out of the water.

In a government-sponsored street art project, Palmitas, Mexico has gone from stark white to a kaleidoscope of rich, brilliant colors. Designed by Mibe, a street artist from Mexico City, the incredible paint job took more than two and a half months to complete. 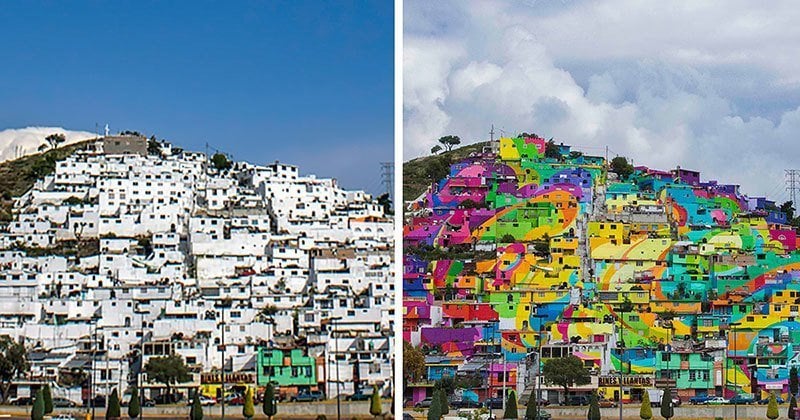 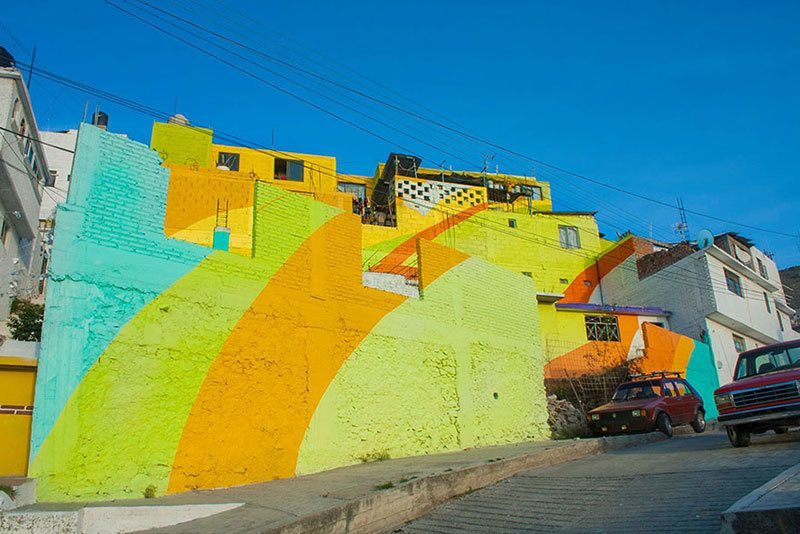 Source: Way Out of World

Called “El Macro Mural Barrio de Palmitas,” this mural might be the most colorful urban renewal effort in the world. Covering about 65,000 square feet, the Palmitas street art project includes a total of 209 homes that are situated in Pachuca, the capital and largest city of Hidalgo.

Germen Crew created the massive mural with the hope that it would unite the community, reduce crime, and revitalize the neighborhood with a burst of colorful energy. As members of the collective told Epoca, a Portuguese-language news source, the group “[uses] culture as a tool for the transformation of the social fabric and consolidation of a sense of identity.” 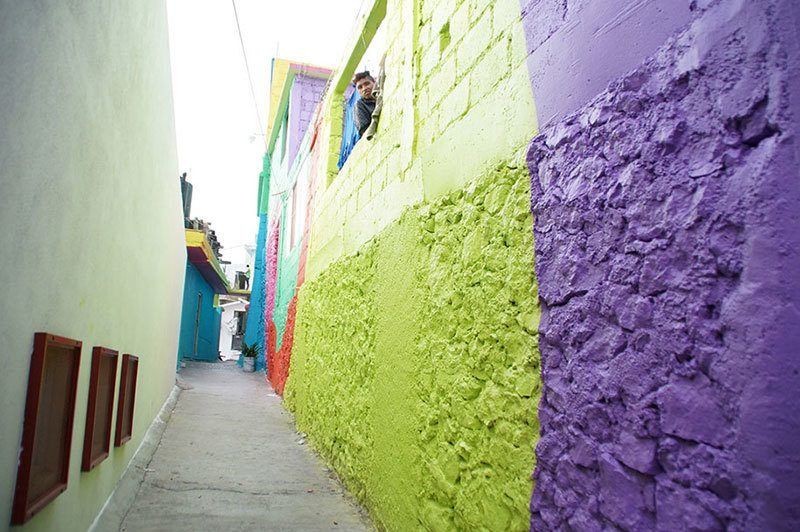 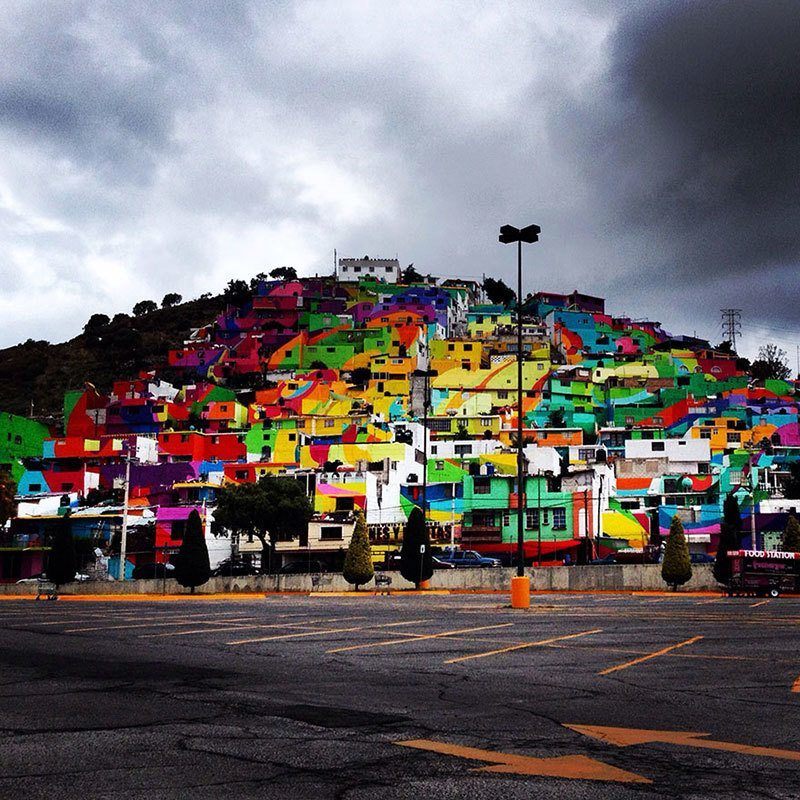 Germen Crew got its start in 2012 as a small group of photographers, artists and editors who believed that art could make a positive impact in their communities. While the Palmitas street art project has already brought a sense of pride and ownership to the residents of the neighborhood, that isn’t the only benefit.

According to Germen Crew, “El Macro Mural Barrio de Palmitas” will reap cultural and economic benefits for years to come. When Juzcar was painted blue to promote the Smurfs film, tourism exploded exponentially. Palmitas will likely see a similar flood of new faces.

Said German Crew member Uriel del Rio in an interview with Al Jazeera, “Graffiti, art, and its history have transformed us and allowed us to avoid…bad decisions. From our experience, we propose it can change the lives of others.” 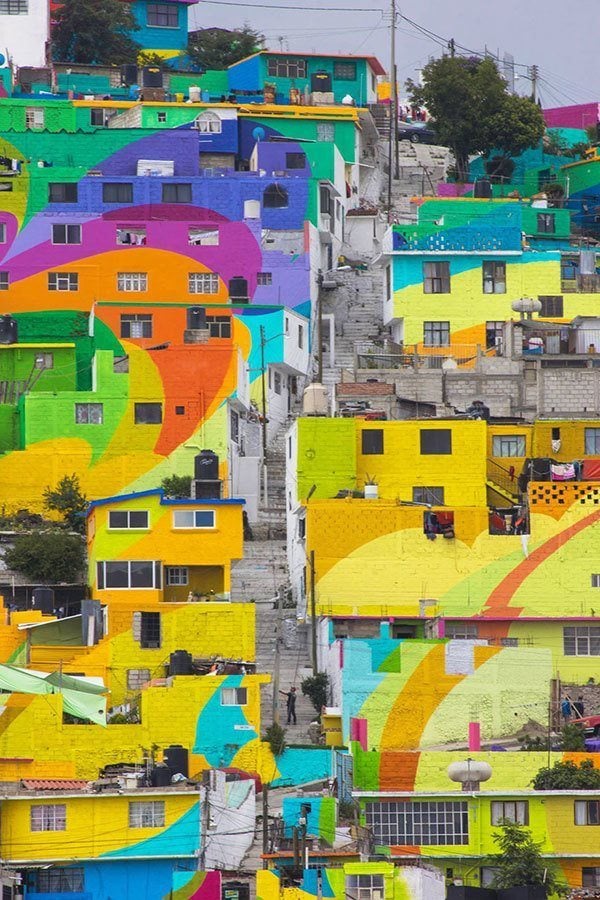 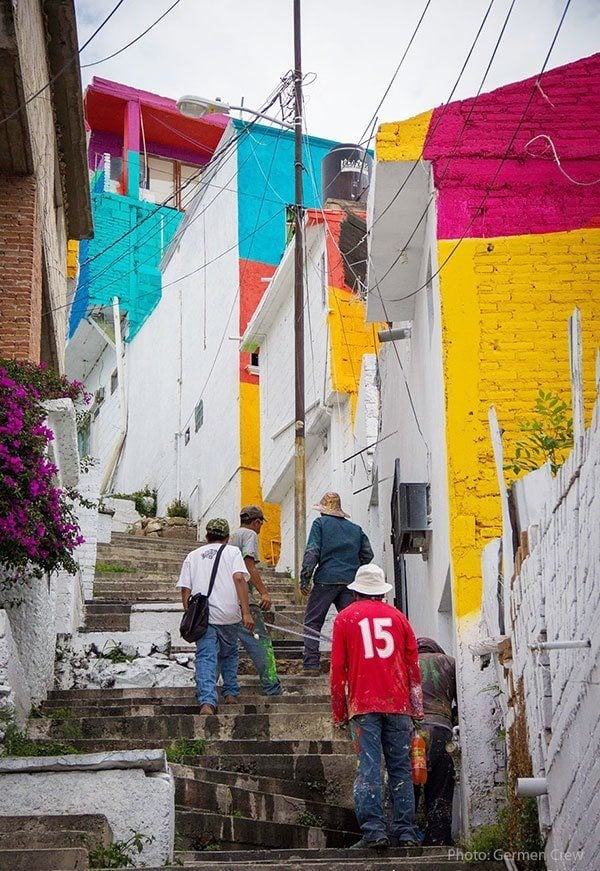