After two tourists at Yellowstone National Park took a baby buffalo into their vehicle, rangers were ultimately forced to kill the animal. 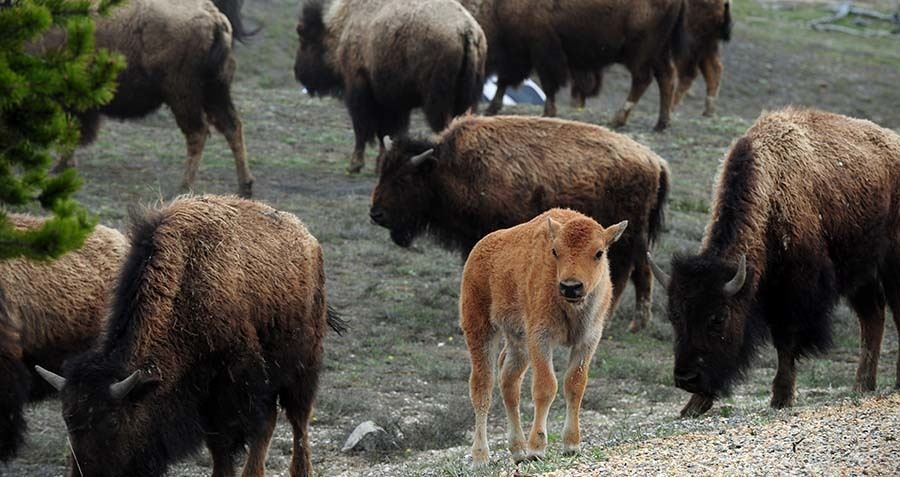 A bison calf picked up by tourists in Yellowstone National Park has just died, officials said.

Last week, East Idaho News first reported that a father-son duo placed a bison calf in the trunk of their SUV because they feared it was “freezing and dying,” a witness on the ground said.

When a group of parents and students on a field trip to the national park saw the bison in the SUV, one parent attempted to intervene, to no avail.

“They didn’t care,” Rob Heusevelet, the intervening parent, said. “They sincerely thought they were doing a service and helping that calf by trying to save it from the cold.”

Save it they did not. After citing the father and son for placing a newborn bison calf in their vehicle, park rangers unsuccessfully tried to reunite the newborn bison with its herd, and on Monday had to euthanize it.

According to officials, the bison was abandoned and “causing a dangerous situation by continually approaching people and cars along the roadway.”

The bison death dovetails on a spate of inappropriate and potentially fatal interactions between park wildlife and visitors.

This isn’t for nothing: Bison injure more park visitors than any other animal, and as with the now-deceased bison calf, interaction between wildlife and visitors can facilitate an animal’s potentially fatal dependency on human support.

Still, the park’s history is one where, desired or not, people come to interact with wildlife. 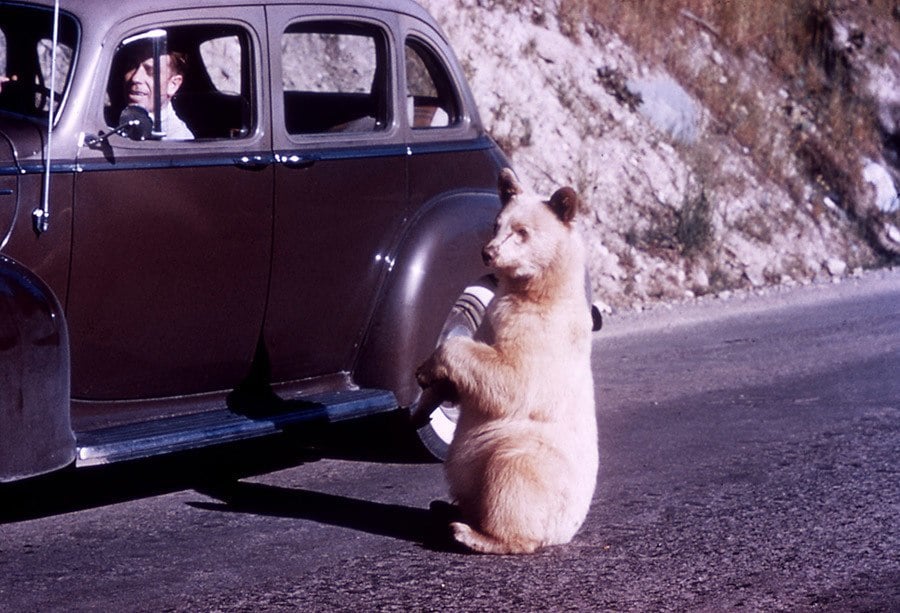 A bear cozies up to an automobile.

Founded in 1872, Yellowstone National Park soon became widely known as “the place to see and interact with bears,” with the Yellowstone Park Foundation adding that over the following decades, the “number of bear-human conflicts increased, along with subsequent nuisance bear-control actions.”

In fact, it was only in 1970 that Yellowstone implemented a “bear management program” which was meant to wane bears’ dependence on human food by requiring that visitors properly store their food and garbage, and prohibiting people from feeding the bears themselves.

The sentiment doesn’t seem to have caught on with bison, though.

To those who work at the park — whose wildlife attracts approximately 4 million visits a year — the way to avert sad circumstances like these is simple.

“We ask that people stay back for their own safety and well-being and for the wildlife they come to see and love,” Yellowstone exhibit specialist Jo Suderman said.

Next, check out these animal signs that the planet is sick.