Yup. He did that. 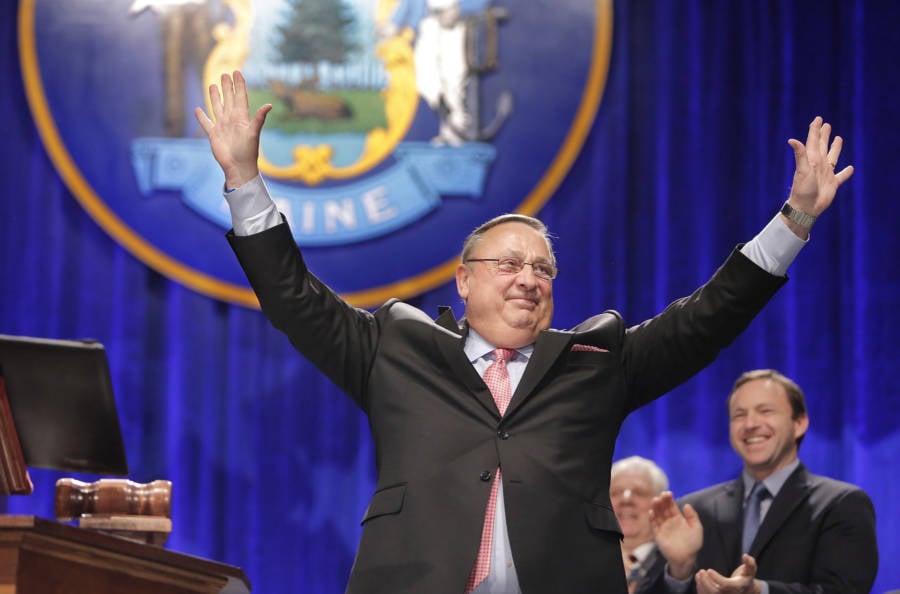 Taking down Confederate monuments, the Republican said at a Thursday press conference, would be “just like” taking down the memorial honoring those killed in the September 11 attacks.

LePage made this insane comparison after being asked about the deadly violence that took place in Charlottesville over the weekend, when white supremacist groups protested the removal of a Robert E. Lee statue.

“How can future generations learn if we’re going to erase history?” he asked. “That’s disgusting. They should study their history — they don’t even know the history of this country and they are trying to take monuments down. Listen, whether we like it or not, this is what our history is.”

Here, LePage poses an interesting and intellectually stimulating question: How on earth could people ever learn history without big bronze statues?

If we take away the tributes to people who tried to destroy our country, future generations will almost certainly forget all about the Civil War.

Just like how everyone totally forgot about Hitler because there aren’t enough statues of him and his stupid mustache.

All these folks worried about erasing history when the Confederate statues come down will be thrilled to learn about the existence of books.

Jamming his foot even further into his mouth, LePage then decided to bring 9/11 into the mix.

“To me, it’s just like going to New York City right now and taking down the monument of those who perished in 9/11,” he said. “It will come to that.”

This comparison would make more sense if LePage was talking about taking down a monument honoring the terrorists responsible for 9/11.

But we don’t have that monument, because it would be incredibly offensive.

The contest is over! Maine Governor Paul LePage has said the dumbest thing about Confederate monuments. https://t.co/v2QBX6OwDL pic.twitter.com/arKrorgjMi

LePage said that he didn’t even find out about the Charlottesville violence until Tuesday — three days later — because he doesn’t watch TV or read newspapers.

Journalists, he explained, are “pencil terrorists.”

Echoing the views of Donald Trump, LePage said that the counter-protestors in Virginia were “equally as bad” as the white supremacists and Nazis. He then called the far-left demonstrators “disgusting.”

Defending himself against the torrent of backlash these comments received, LePage Tweeted that he’s been speaking out against the KKK for seven whole years!

I’ve been speaking against KKK for 7 years. KKK came after Maine’s Franco-Americans in 1920s. No room in our country for hate. #mepolitics

So basically, everything LePage has said in the past 24 hours has been ridiculously insensitive. Just give me a few months to carve a statue so we can remember it forever.

Next, read about some petitioners want to replace a Confederate monument with a statue of a manatee.