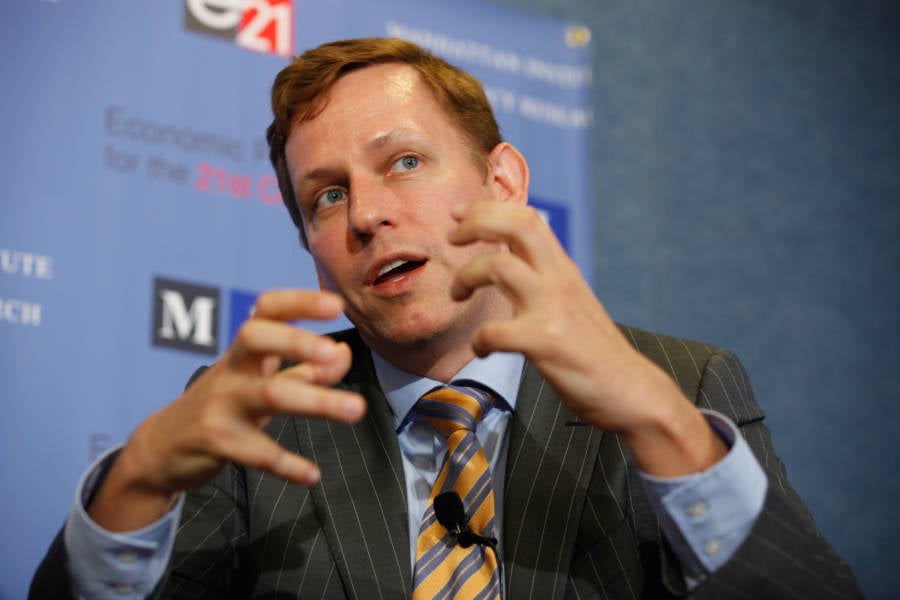 One tech billionaire is reportedly going to extremes to stay young: injecting himself with the blood of young people.

Yesterday, Inc. magazine published excerpts of a year-old interview with PayPal co-founder Peter Thiel that unearthed some of his chilling statements on parabiosis — the anatomical and physiological union of two animals — particularly as it relates to the sharing of blood.

“I’m looking into parabiosis stuff, which I think is really interesting. This is where they did the young blood into older mice and they found that had a massive rejuvenating effect,” Thiel told Inc.

Thiel — who has made headlines this year as the man who bankrolled the bankruptcy-inducing lawsuits against Gawker Media, and as a vocal Trump delegate — has long sought out bizarre, taboo methods of life extension and even staving off death altogether.

“I stand against confiscatory taxes, totalitarian collectives, and the ideology of the inevitability of the death of every individual,” Thiel once wrote in Cato Unbound, a libertarian journal.

In order to fight the inevitability of death, Thiel has invested in cryogenics, human growth hormone pills (which he himself takes), and more. Now, parabiosis appears to be one of his new methods of life extension.

The jury is still out, but some evidence is out there: Inc. reports that Thiel’s personal health director, Jason Camm, has been in contact with Jesse Karmazin, the founder of Ambrosia LLC, a California-based firm that has long been researching parabiosis.

And, funny enough, Gawker just published a report based on an anonymous tip claiming that Thiel “spends $40,000 per quarter to get an infusion of blood from an 18-year-old based on research conducted at Stanford on extending the lives of mice.”

The scary thing is, that Stanford research actually yielded some very promising results.

For more on Peter Thiel’s PayPal co-founder, check out these 31 inspiring Elon Musk facts. Then, for more of a taste of the dark side of the tech industry, check out these chilling Steve Jobs facts.