It didn't take long for a group of apocalypse theorists to proclaim the end is nigh, soon after Planet 9's discovery. Here's how we're all going to die. 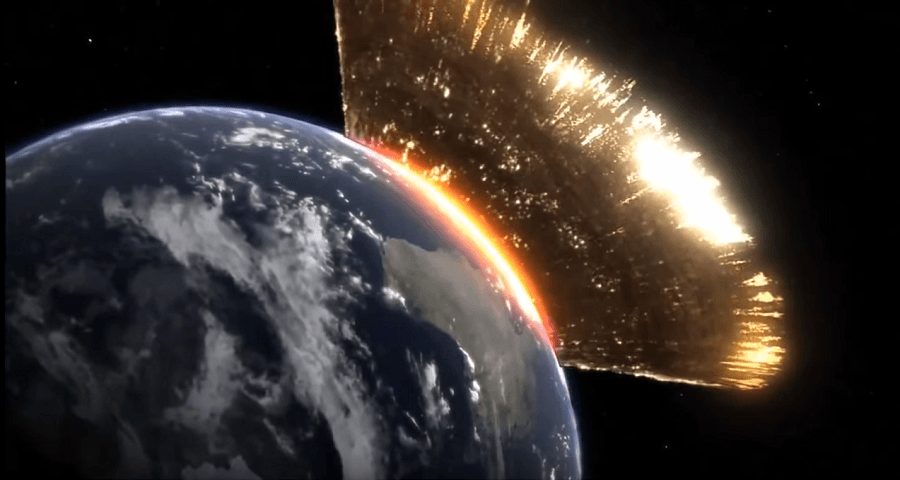 An image of what Earth’s unavoidable future looks like now that Planet 9 has been confirmed. Image Source: YouTube

Bad news, everyone: The recently discovered “Planet 9” — which hides from view beyond Neptune — is going to destroy planet Earth. At least, that’s the theory that acolytes of late writer and conspiracy theorist Zecharia Sitchin are spouting. Sitchin, who died in 2010, believed that aliens from the planet — apparently named “Nibiru” — created the human race, and that the “invisible planet” would crash into Earth and annihilate us.

After astronomers Konstantin Batygin and Michael E. Brown published a paper offering evidence for the existence of a planet beyond Neptune (Planet 9) on Jan. 20, which also claimed that it is on an elliptical orbit (which Sitchin predicted), Nibiru apocalypse theorists resurfaced with renewed alarm.

Wrote pastor (and frequent apocalypse predictor) Paul Begley on Sitchin’s site: “Something is causing the heavens to shake — and it’s in your Bible…If you go into the gospel of Saint Luke, Luke 21, verse 10, ‘Nation shall rise against nation. Kingdom against kingdom. Great earthquakes shall be in diverse places — and families and pestilences, and fearful sights and great signs shall there be from heaven.'”

While it is a stretch to frame Luke 21, verse 10 as a sign that Planet 9 will lead to our imminent demise, Begley is putting his money on the idea that an asteroid will take out a third of the planet’s population, and then Planet 9 — once it crashes into Earth — will finish off the rest of us.

While the scientists who confirmed Planet 9’s existence did indeed find that it is on an elliptical orbit, they did not find that its orbit is 3,600 years — which is what Sitchin predicted. Instead, they believe the planet’s orbit is around 10,000 to 20,000 years.

Not to be deterred by science, one conspiracy theorist wrote in response: “Perhaps the search will lead us to either finding Nibiru, or perhaps we’ll find that something has changed and impacted Nibiru’s orbit since the last time it orbited Earth.”

Believe it or not, Sitchin’s thoughts on Nibiru’s catastrophic capabilities is just one of a slew of bizarre theories he had developed: Indeed, Sitchin says that aliens arrived on Earth around 450,000 years ago in search of minerals, which they found and mined in Africa, and that those who did the digging composed colonial Nibiru’s working class.

The book that Sitchin wrote proffering up those points of wisdom sold millions of copies.