The remote island region of Novaya Zemlya has issued a state of emergency as packs of polar bears descend on their community. 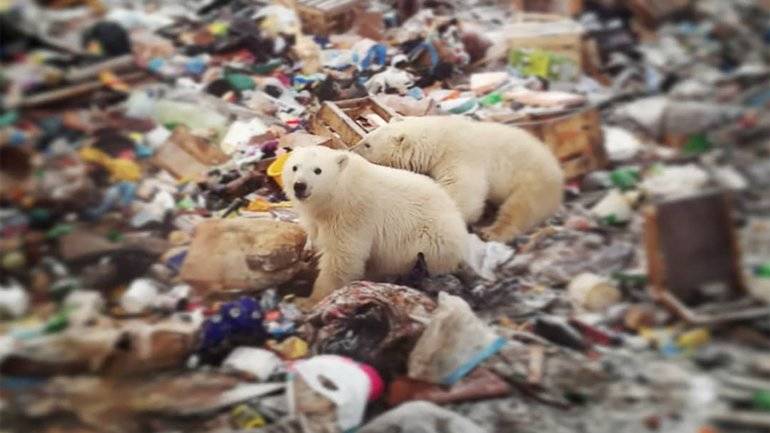 @Friend_of_Your_Friend/InstagramPolar bears have been forced to search for food in a small island town in northern Russia.

The Novaya Zemlya archipelago in the Arkhangelsk region of northern Russia is home to some 3,000 residents and now also, some 50 desperate polar bears.

As climate change has increasingly diminished the bears’ arctic habitat, the animals are forced into human-populated communities to search for food. This has resulted in a slew of violent and dangerous run-ins with the citizens of Belushya Guba, the main settlement on the remote island.

Citizens have reported a total of 52 bears in their town’s general area, with between six and 10 constantly in the town proper. Residents have had bears break into their homes or accost them on streets and in public buildings.

Further, Russia has both air force and defense troops stationed on Novaya Zemlya, and the bears are allegedly a constant inside the military garrison. The bears are said to “literally chase people” and even enter apartment buildings.

In January, a group of unused military buildings had to be demolished as a pack of bears had settled in them.

“People are scared, afraid to leave their homes, their daily routines are being broken, and parents are unwilling to let their children go to school or kindergarten,” deputy head of local administration, Alexander Minayev, reported to the BBC.

Parents are afraid to bring their children to elementary school and the local authorities have done their best to protect the schools by building fences around them. Military personnel and employees are brought to workplaces by special vehicles, but all these efforts to no avail.

Indeed, the bears are getting comfortable as little can be done to forcibly remove them.

This is because polar bears are recognized in Russia as an endangered species. Russian authorities have prohibited local police from shooting at the bears and the bears no longer fear police patrols nor their warning signals.

As such, the local government has ruled the situation a ‘state of emergency.’

“The decision to declare an emergency situation on the territory of Novaya Zemlya from February 9 was taken at a meeting of the commission tasked to prevent emergencies and ensure fire safety,” a press release from local Archangelsk governor stated.

“I’ve been on Novaya Zemlya since 1983 and there’s never been such a mass invasion of polar bears,” the head of the local administration Zhigansha Musin added.

An investigation on behalf of regional and federal officials is in the works, but both groups worry that a cull of the bears may be their last resort.

Unfortunately, as climate change continues to disrupt the habitats of animals worldwide, intrusions like these are bound to continue.

After this, check out how an Indian court ruled that animals have the same rights as humans. Then, read about how the Native American genocide could have contributed to global climate change.