A town in southwest Ohio has a new idea to get rid of its heroin epidemic: charging the drug users who overdose with a crime. 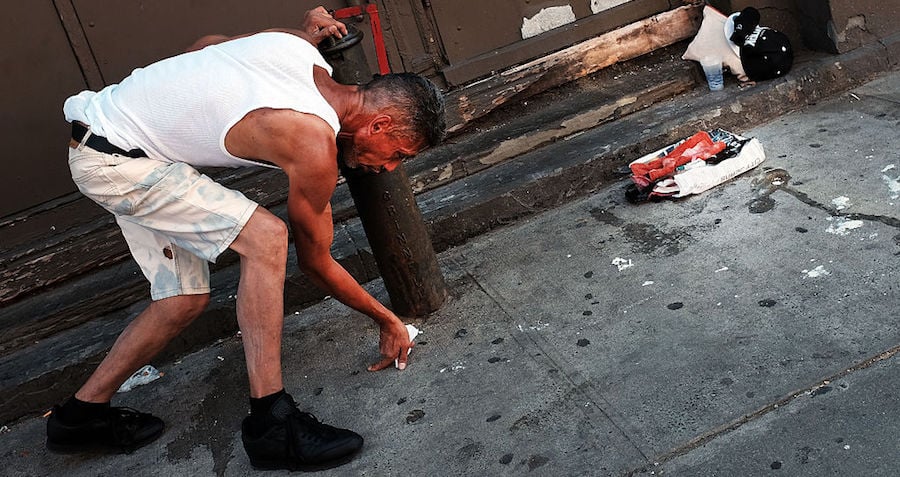 A southwest Ohio town wants to discourage drug use by citing anybody who needs emergency responders to resuscitate them from a heroin overdose with a criminal misdemeanor charge of inducing panic.

Washington Court House (C.H.) Police Chief Brian Hottinger told the Associated Press the policy went into effect this past February. Police will not punish people who call emergency responders to address an overdose, but will target an opiate user in need of naloxone.

An inducing panic conviction will net the offender with up to 180 days in jail and a $1,000 citation, but Washington C.H. City Attorney Mark Pitsick told WSYX-TV that the policy was not intended to harm drug users by jailing them.

Instead, officials hope the charge will allow authorities to track drug users with a severe enough problem to overdose and hopefully get them some help.

“I’m glad that they’re trying something different,” Sabrina Kersey, site manager at the Fayette Recovery Center, told WLWT5. She added that she believes the new strategy will steer people into programs like hers.

“So many of them it seems like their only way here is if they have a court referral,” Kersey said. “They aren’t choosing this…this wasn’t their childhood dream.”

Police have already cited seven people in the Washington C.H. with the inducing panic charge, but the town recently saw heroin overdoses kill six people in less than ten days. The state of Ohio has been in the throes of a heroin epidemic for quite some time now: a recent Kaiser Foundation report showed that in 2015 Ohio led the nation in opioid deaths.

Meanwhile, some state lawmakers are opting for a different course of action than Washington Court House residents. In January of this year, Governor John Kasich signed into law a bill which expands access to anti-overdose drugs to homeless shelters, halfway houses, schools, and treatment centers, the Toledo Blade reported.

Kasich hopes that by spending more money — and expanding access to treatment, rather than penalizing addicts — to combat the problem, progress is possible.

“We have spent a billion dollars on this issue. A billion dollars…,” Kasich said. “Thank God we expanded Medicaid, because that Medicaid money is helping to rehab people…There are going to be more tools to come, but we’re not going to defeat this just from the top down.”

Kasich and other Ohio lawmakers have said that the real work lies in curbing the amount of prescription painkillers doctors offer in the first place.

“Four out of five people who were addicted to heroin because they were first addicted to prescription narcotics…,” Rep. Robert Sprague said. “The heroin addiction is really just a continuation of that addiction that started with those pills.”

Next, check out how Seattle may launch housing where homeless can use heroin, before finding out why drug overdoses now kill more Americans than guns.