"There have been times when law enforcement officers, because of the laws enacted by federal, state, and local governments, have been the face of oppression" 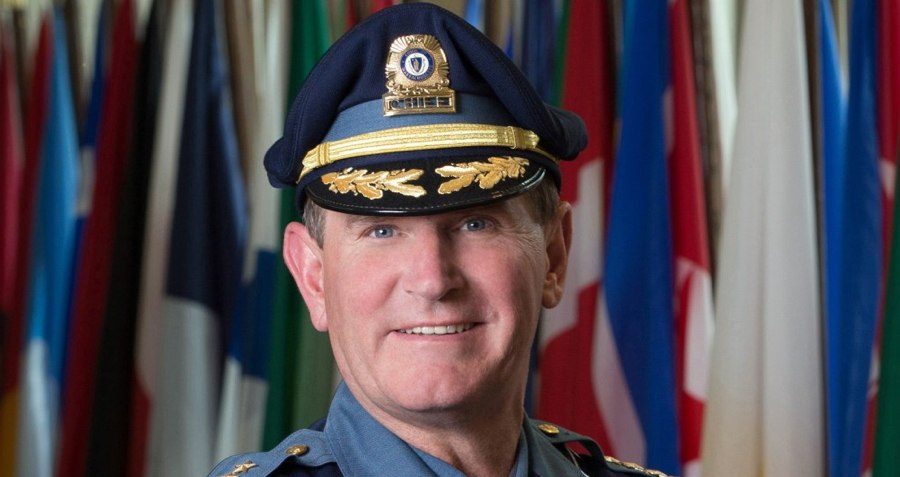 Terrence M. Cunningham, president of the International Association of Chiefs of Police (IACP), recently delivered a formal apology on behalf of his organization to all people of color that police have mistreated since America’s inception.

Cunningham, the police chief in Wellesley, Mass., delivered this statement in San Diego at the annual convention on Monday:

While we obviously cannot change the past, it is clear that we must change the future. We must move forward together to build a shared understanding. We must forge a path that allows us to move beyond our history and identify common solutions to better protect our communities. For our part, the first step in this process is for law enforcement and the IACP to acknowledge and apologize for the actions of the past and the role that our profession has played in society’s historical mistreatment of communities of color. At the same time, those who denounce the police must also acknowledge that today’s officers are not to blame for the injustices of the past. If either side in this debate fails to acknowledge these fundamental truths, we will be unlikely to move past them. Overcoming this historic mistrust requires that we must move forward together in an atmosphere of mutual respect. All members of our society must realize that we have a mutual obligation to work together to ensure fairness, dignity, security, and justice. It is my hope that, by working together, we can break this historic cycle of mistrust and build a better and safer future for us all.

More than 23,000 police officials in the United States are a part of IACP, making it America’s largest police organization. Following his speech, IACP members gave Cunningham a standing ovation.

Civil rights activist Al Sharpton applauded Cunningham’s statement, but said that he wants “words backed by action.” Sharpton continued on to say that he was hopeful that Cunningham would “urge officers around the United States to back his words up with action and legislation to protect communities of color from the onslaught of police misconduct that has disturbed the country… words are important but action is integral.”

Because no data on police shootings or use of force have ever been comprehensively collected, nobody actually knows whether the number of people of color being shot by the police has gone up or down over time. And according to The Washington Post, FBI Director James Comey said that the current narrative that police are overusing force more and more may be exaggerated because it’s based on isolated incidents.

In order to actually get a better handle on this matter, the Justice Department announced a plan last week to start nationally tracking police brutality data.

Next, find out what happens when your police chief catches you wearing a Donald Trump hat, before seeing what one St. Paul police officer thinks you should do to protestors.