"I am not a vegetarian, but fortitude and the will to fight for this cow's life is invaluable." 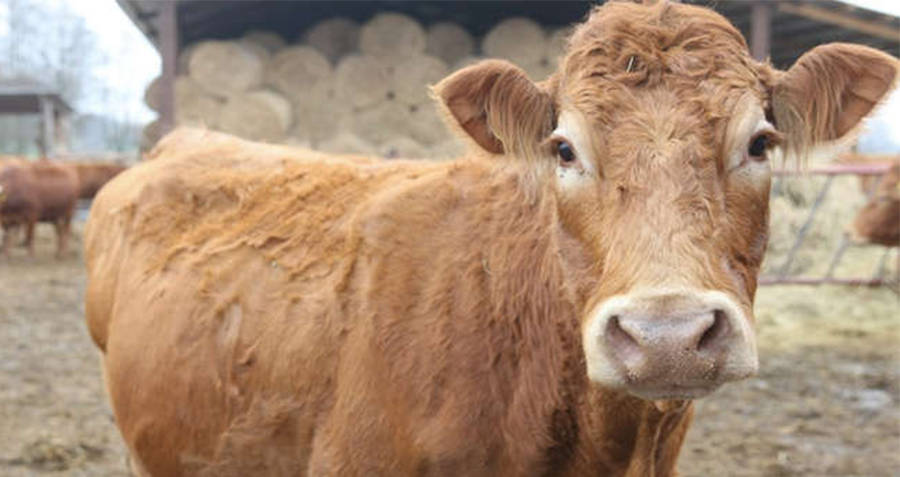 A cow in Poland has captured the hearts of vegetarians and carnivores alike after making a miraculous escape on its way to a slaughterhouse.

According to Polish news show Wiadomosci, the cow’s owner was loading it onto a truck bound for a slaughterhouse when the cow began to pull away. The cow managed to pull free and rammed a metal fence, eventually breaking through and making a break for it.

The farmer, known as Mr. Lukasz, attempted to catch the cow, but it was too fast for him. One of his workers managed to grab the cow but was forced to let go when the force of the pull broke his arm.

The cow then jumped into the nearby Lake Nysa and swam to one of the islands in the middle of the lake. According to Mr. Lukasz, the cow even swam underwater.

For the week following the cow’s miraculous escape, Mr. Lukasz attempted to retrieve the cow from the island. To his surprise, the cow attacked anyone who went near her and guarded her territory. Eventually, he gave up and began bringing the cow enough food to keep it alive.

Local law enforcement even tried their hand at wrangling the animal but was unsuccessful. When firefighters attempted to get the cow into a boat to remove it from the island, it jumped into the water and swam to another smaller island, only returning to its original one when the humans had left.

A vet was called in to tranquilize the animal but was unable to do so after it ran out of gas cartridges. It wasn’t until Mr. Lukasz considered shooting it that support for the cow’s plight began pouring in. A politician, Pawel Kukiz, posted on Facebook on Wednesday, pledging his support for the “hero cow,” and offering to pay for it to be saved from death.

“She escaped heroically and infiltrated the island in the middle of the lake, where it remains today,” Kukiz said in his post. “She did not succumb to firefighters who wanted to transport her by boat and she was still on the battlefield.”

“I am not a vegetarian, but fortitude and the will to fight for this cow’s life is invaluable,” his post continued. “Therefore, I decided to do everything to cause the cow to be delivered to a safe place and in the second stage, as a reward for her attitude, give her a guarantee of a long-term retirement and natural death.”

According to the local veterinarian, the cow, though frightened, is healthy and likely doing great on the loose.

Next, check out the Princeton scientists who turned a cat into a phone. Then, watch these Indonesian soldiers eat live snakes to impress U.S. officials.