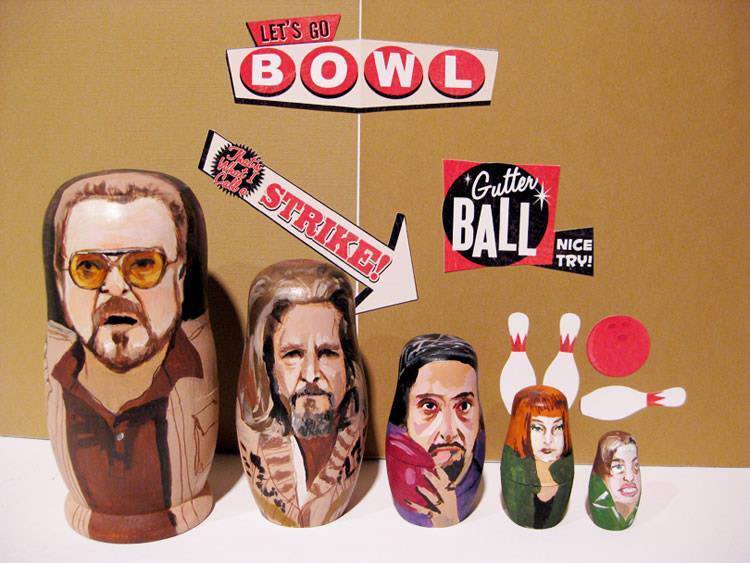 “You’re out of your element, Donnie!” These Big Lebowski nesting dolls are a big deal. The Dude abides! Source: Jeremy Riad

From fairy tales to Soviet leaders, Russian matryoshka dolls (often called “nesting dolls”) enjoy a rich history. But given enough time, even the most traditional art forms succumb to the draw of pop culture. In this case, these Russian dolls have transformed into colorful eggs of modern, Western entertainment – and they’re pretty awesome. 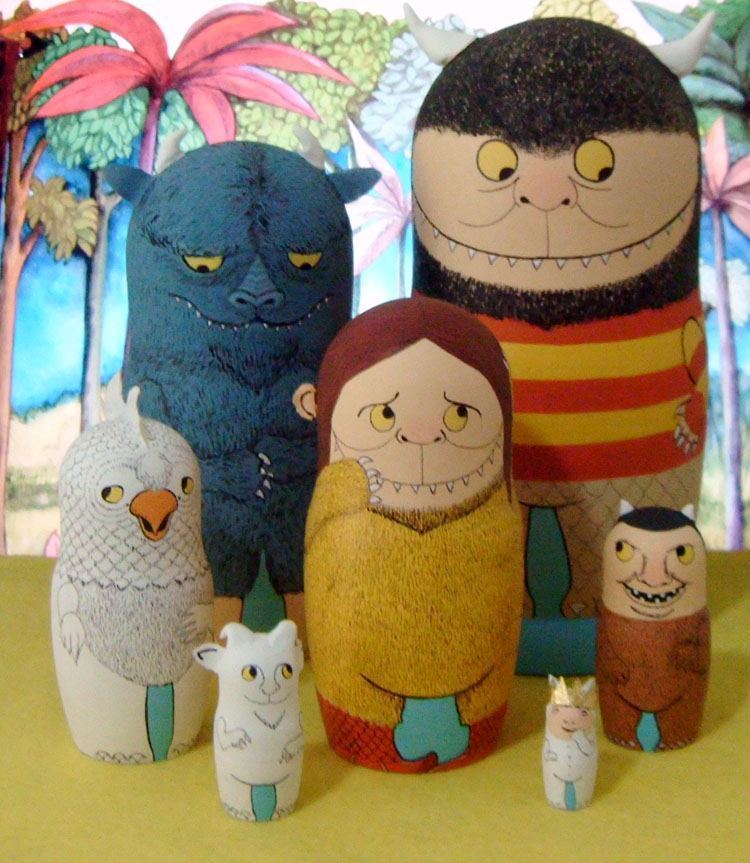 Creatures from Where the Wild things Are Will begin a wild rumpus into your heart. Source: The Nerd Filter 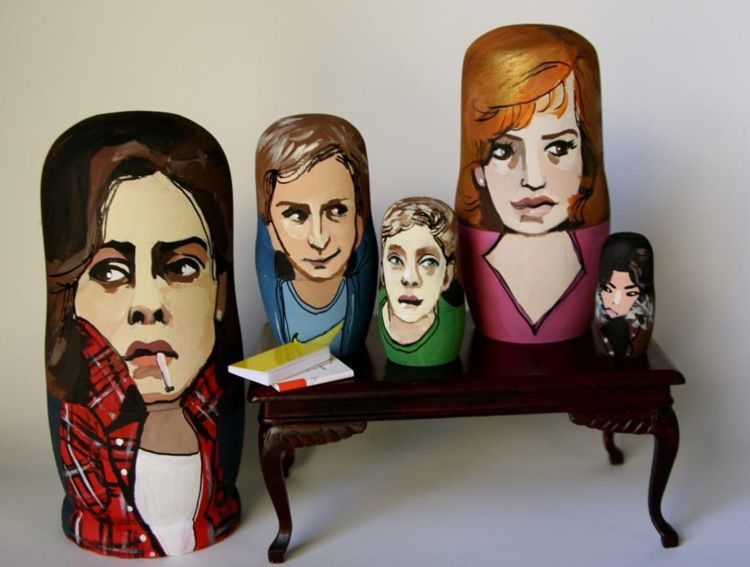 Expertly executed, this Breakfast Club set is only the start of many based on 80s media. Source: Jeremy Riad 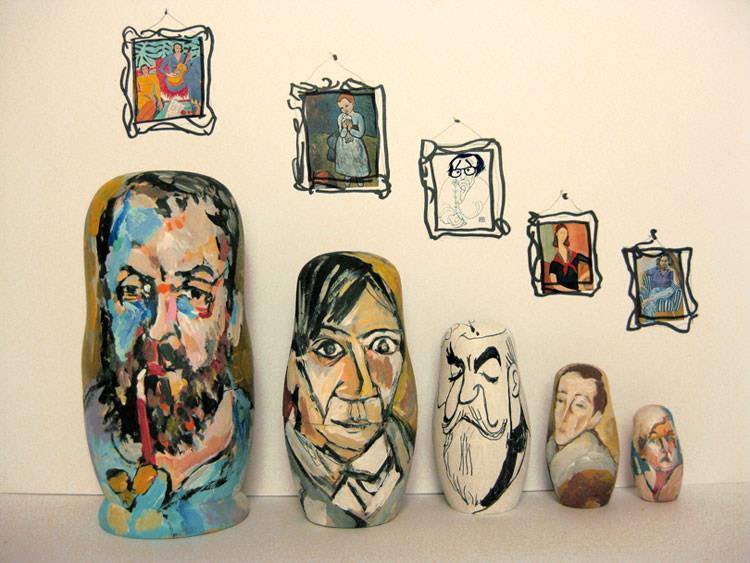 Famous painters painted on dolls that fit inside each other. With a little work, I’m fairly confident that I could weave this into a sequel for Inception. Source: Jeremy Riad 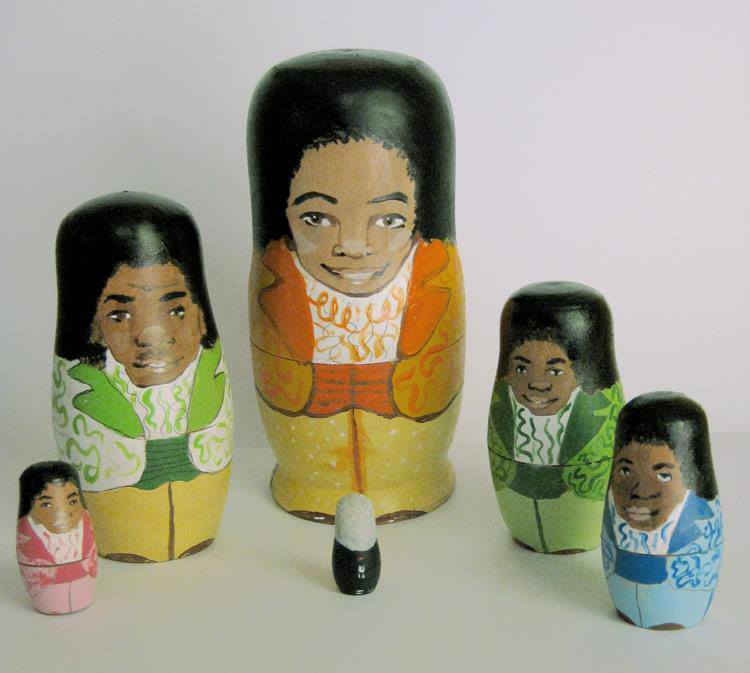 Not only does Ginger Williams, the artist for some of these dolls, pour her heart and soul into her work, but she also works really hard on the background décor, like in this Sex in the City doll set. Source: Jeremy Riad 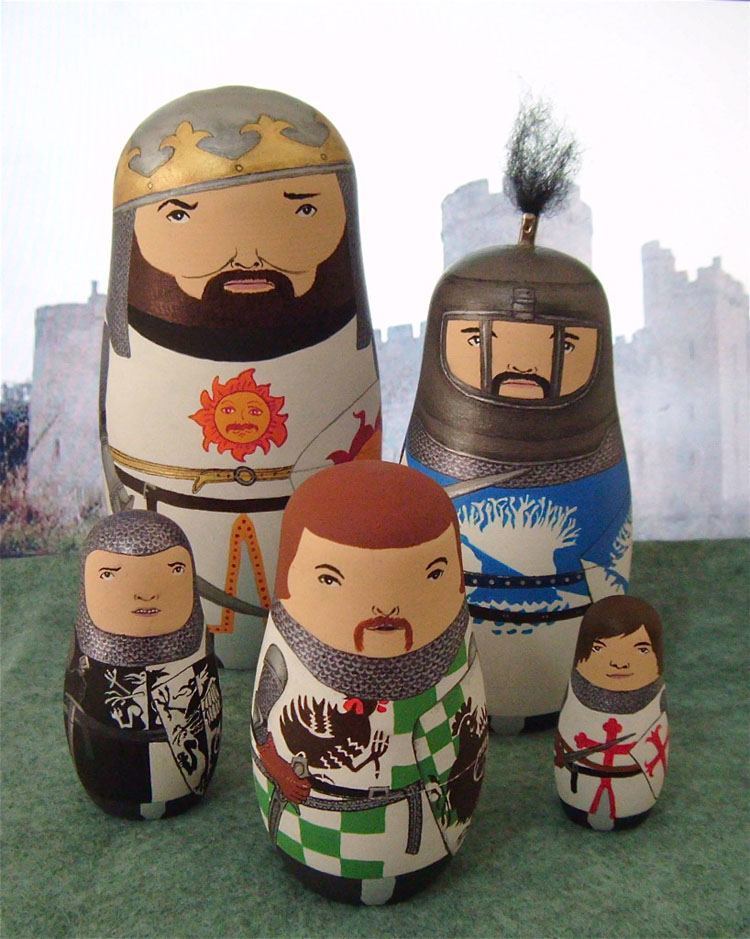 It’s everyone’s favorite group of ragtag British comedy misfits! The creators of Monty Python’s Flying Circus in nesting doll form. I hold that the smallest nester should have been the Holy Grail. Source: The Nerd Filter 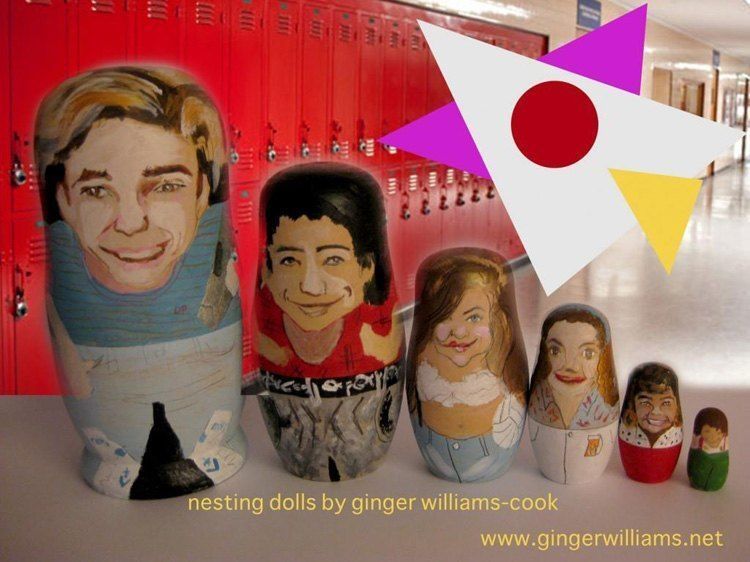 A 90s kid Saturday morning staple, this Saved by the Bell set will transport you back to the days of high school with the gang. Teeny Screech! Source: Jeremy Riad 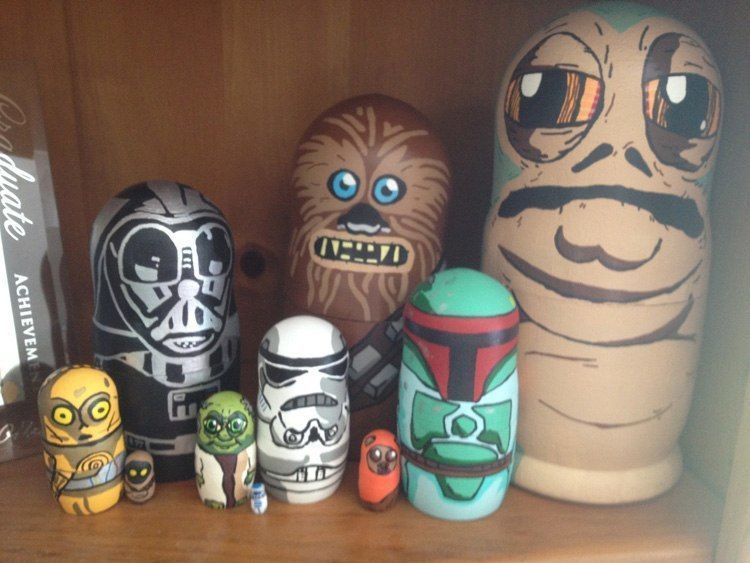 This set features many of the original Star Wars characters. Jabba the Hut looks almost too disturbingly accurate, and there’s even a teeny little R2-D2 next to Yoda. Source: Eat Sleep Draw 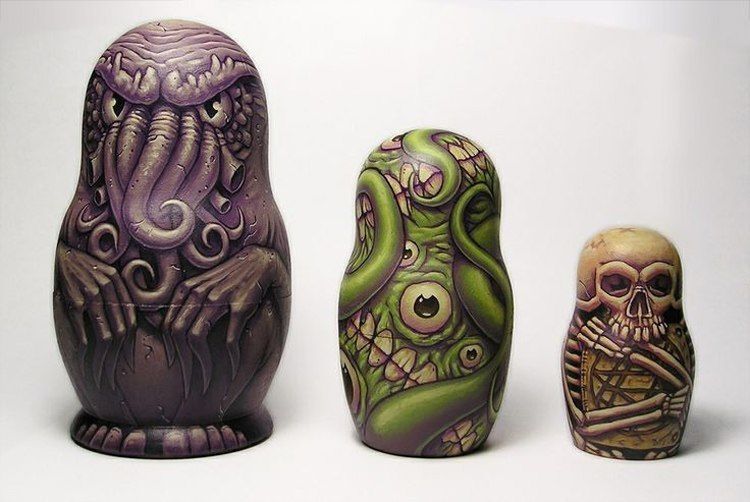 The master of otherworldly tales, H.P. Lovecraft gets a set related to his monster mythos. Source: Pinterest