The animals are moving to new, and potentially unexpected, habitats in order to escape human intervention. Researchers say we should let them. 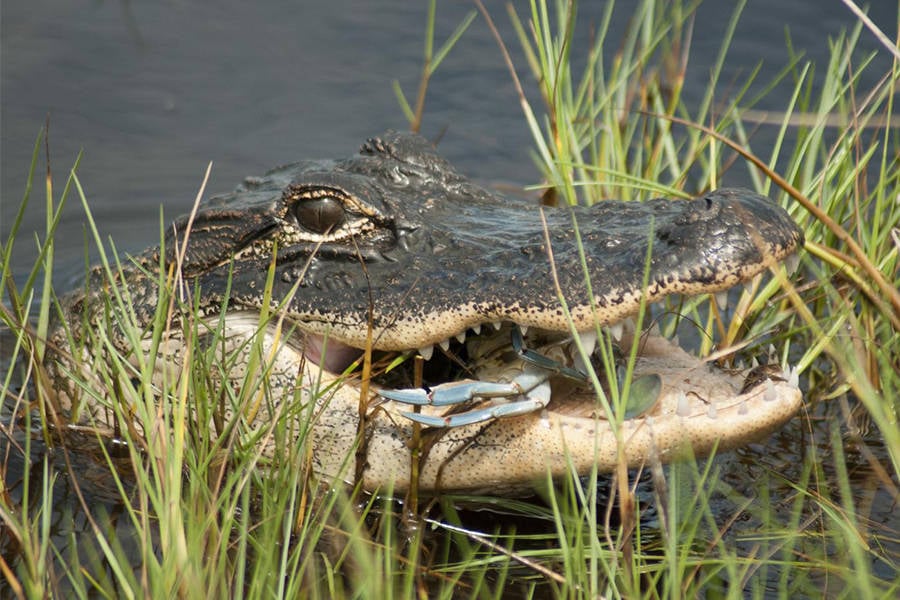 Current BiologyAlligators are just one large predator that is migrating to an entirely new habitat in order to survive.

It may seem strange to think of alligators sunning themselves on beaches or orca whales swimming through rivers, but according to new research, that may soon be a reality.

“Many of these are conservation success stories,” said Brian Silliman, Associate Professor of Marine Conservation Biology at Duke’s Nicholas School of the Environment in an interview with All That’s Interesting. “Alligators, bald eagles, wolves, brown bears, and sea otters, for example, were brought back from the edge of extension, through actions mandated in the endangered species act.”

In recent years, researchers noticed large numbers of animals that typically live in fresh water, such as alligators, moving to saltwater areas to to survive.

“We sighted hundreds occurring in full strength seawater, in seagrasses, mangroves and salt marshes,” Silliman said. “Thousands live in salt water in protected areas, if not tens of thousands.”

While it may seem disruptive to the new ecosystem, the presence of these predators actually benefits everyone.

“For the foundational species, like grasses and trees and corals, we have seen mostly positive effects,” explained Silliman. “This means top predators help buffer entire ecosystems as they cope with increasing global stressors. For instance, sea otters protect seagrasses from nutrient pollution but indirectly increase the number of sea slugs that eat grass killing algae. They do this by eating the crabs that eat the sea slugs.”

He explained that overall, moving to the new system increased the numbers of the predators, which were once dwindling. But, that’s not to say that their old habitats have been abandoned.

“They are still there in full force,” Silliman assured us. “They are not leaving them beyond. Young individuals and those that get an itch are migrating into new ecosystems as the population increases.”

Silliman says the best way to ensure that these large predators survive is to let them migrate to new ecosystems, and adapt to a new way of life.

“We need to change our conservation paradigm from one where we live in isolation from nature to one where we live in co-existence,” he said. “To do that with large animals, the behavior of humans will have to change, and some behaviors of the predators cannot be tolerated. Sound hard? It is but it can be done and is already happening with wolves in Europe and North America, and with Black bears in Asheville, N.C.”

“A novel large predator is likely coming to an ecosystem near you, but it’s not a bad thing,” Silliman insisted. “If we change our policies and behaviors to co-exist with can harness all the positive effects they generate. For instance leopards, by eating feral dogs in India, drastically decrease the rate of rabies infection in human populations.”

Next, check out the study that says that countries that contribute least to climate change will be affected the most. Then, read the study that reveals the most murderous mammal.