Public Pissers Take Notice: New Technology Allows Walls To “Pee Back” At You 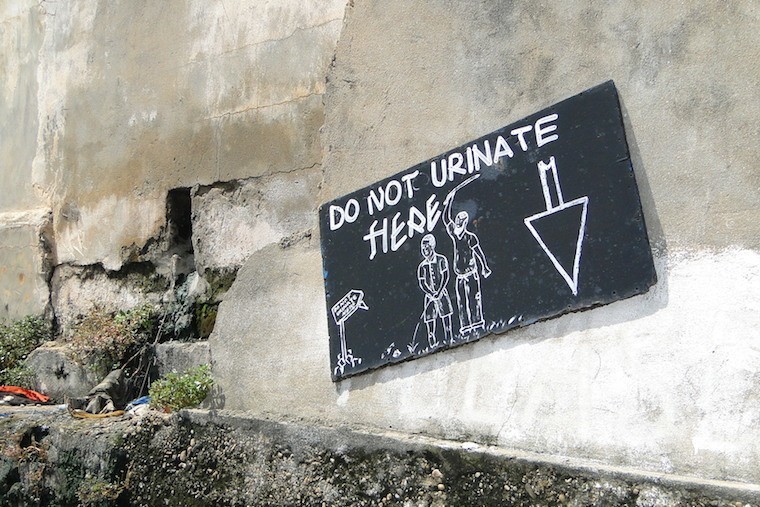 Public pissers be warned: cities around the world are starting to retaliate against late night public urinators by coating walls with hydrophobic paint that will actually splash the urine back at the empty-bladdered offender.

San Francisco is the latest city to take on the anti-piss paint, but the idea actually originated earlier this year in Germany. The St. Pauli red-light district of Hamburg experienced a boom in late-night club scenes over the past few years, with one consequence being an increased amount of drunkards roaming the streets — and peeing on them and nearby walls — at night. Workers and residents of the area had long been complaining about hygiene and the smell, but fines — which vary city to city — seemed to have had no effect in deterring the decidedly smelly event.

“On the streets here, it’s like being in a sewer,” Julia Staron, a spokesperson for the local push for pee-proof walls, told German publication Der Spiegel.

To combat the pissy revelry, Hamburg locals got creative: it was time for the walls to “pee back.” They sprayed hydrophobic (that is, liquid resistant) paint on the lower walls of much of the neighborhood and posted signs advising the passersby of what could happen if they emptied their bladders on these St. Pauli walls again. The paint — normally used on boats and aircraft — seems to have worked, even if it was a bit expensive: the Washington Post reports that its costs about $700 to cover six square meters with the urine-repelling paint. 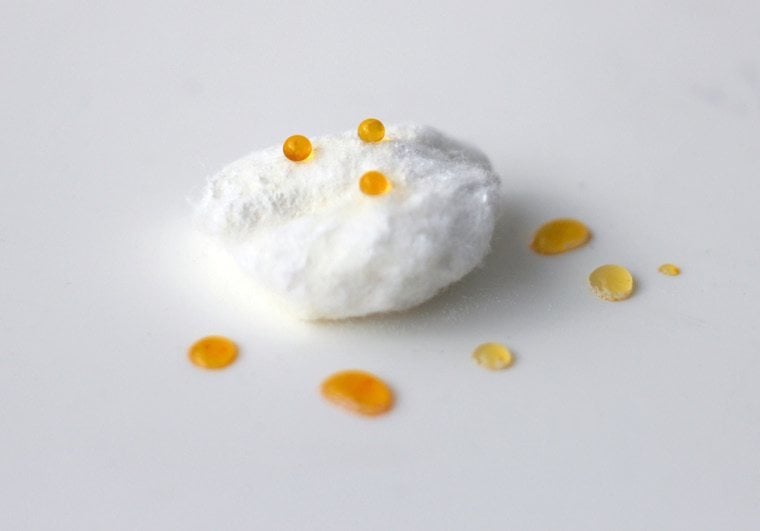 The hydrophobic paint was sprayed on this piece of cotton. It works so well that the cotton repels all liquids instead of absorbing them. Source: Flickr

In light of Hamburg’s success and San Francisco’s own pissy problem, the fourth largest city in California has copied the idea. The city of the Golden Gate has experienced issues with golden showers for decades, so much so that since 2002 the city has placed a ban on public urination with fines of up to $500, according to the San Francisco Chronicle.

And yet, the bans haven’t eradicated the problem. Wrote the Chronicle this year, “Since January, there have been 375 requests to steam clean urine. They made up 5 percent of the 7,504 requests Public Works received, which cover everything from feces to pigeon droppings. Overall, steam cleaning requests have dropped 17 percent since last summer, largely thanks to the Pit Stop program that provides public rest rooms.”

As of July 2015, Public Works employees have painted nine city walls with the pee-repellent paint, and more are in the works.

“We are piloting it to see if we can discourage people from peeing at many of our hot spots,” Public Works Director Mohammed Nuru told the San Francisco Gate. “Nobody wants to smell urine. We are trying different things to try to make San Francisco smell nice and look beautiful.”

Although somewhat expensive – $37 per square foot – the paint, initially created by Nissan, coats an object and creates a surface chemistry and texture with patterns of geometric shapes that have peaks, or high points, that repel most water-based and some oil-based liquids, wrote the Gate.

“Based on Hamburg, we know this pilot program is going to work,” Nuru said. “It will reduce the number of people using the walls. I really think it will deter them.”

Only time — and smell — will tell if the anti-piss paint has worked. In the meantime, you can check out the peeing walls in action in this San Francisco Public Works demonstration below:

Testing out a new pee repellent that "pees back" to prevent public urination. pic.twitter.com/6eDJ4w9MWH