Puerto Ricans Voted To Become 51st State, But The GOP Isn’t So Sure It’s A Good Idea

97 percent of voters favored becoming a U.S. state, but that doesn't mean we'll be seeing 51 stars any time soon. 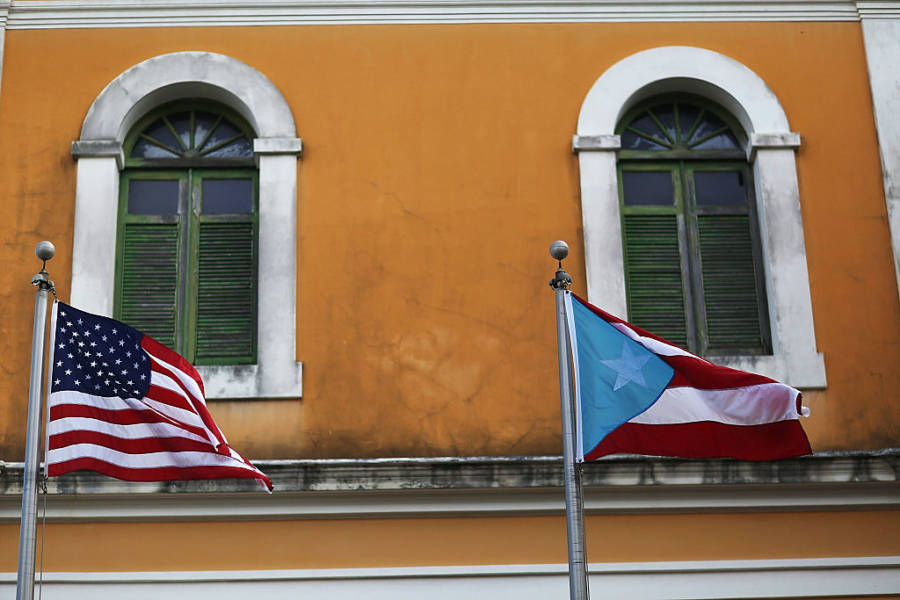 97 percent of Puerto Rican voters cast ballots in favor of becoming the 51st American state in a non-binding referendum over the weekend.

But deciding to become a state and actually becoming one are two very different things. And some US legislators — along with some Puerto Ricans — aren’t so sure it’s a good idea.

Currently, Puerto Rico is a U.S. Commonwealth. That means its residents are natural-born U.S. citizens, but they don’t have a vote in Congress, only pay federal income taxes on work done in the U.S., only have access to limited government programs (like Social Security and Medicare), and vote in U.S. primaries but not general elections.

Interestingly, a million more Puerto Ricans already live on the mainland U.S. than in Puerto Rico.

With this new referendum, the Puerto Rican governor says voters were “claiming (their) equal rights as American citizens.”

It’s not the first time the island has addressed the question of statehood. They held similar elections in 1967, 1991, 1993, 1998 and 2012. This year’s was actually the second time more ballots have been cast in favor of adopting the Star Spangled Banner, but only 23 percent of eligible people participated.

Even so, a win’s a win. And the Commonwealth’s nonvoting House Representative, Jennifer González, will now present a bill asking Congress to admit Puerto Rico as the 51st state.

“This is a historic moment for the island,” González told the New York Times.

Another issue? Puerto Rico is currently in the throes of a major economic crisis — one that is largely responsible for propelling them toward this decision.

The Commonwealth filed for bankruptcy in May and owes $74 billion to various creditors. If their statehood were to go through, they would have the highest poverty and highest unemployment of any state in the country.

A prospect that the Republican-led Congress is none too thrilled about. (Especially since the decision would likely lead to more Democrats in the House and Senate.)

This opposition exists despite the fact that the official Republican platform supports statehood.

Nobody knows this but the Republican Party platform supports statehood for Puerto Rico. https://t.co/flLkG5x5bX pic.twitter.com/PyVvDJ9N3f

One congressman, who is Puerto Rican himself, is even questioning the legitimacy of the vote.

“Not even Putin gets 97 percent of the vote,” Luis V. Gutiérrez said. “We’re going to take that seriously?”

But statehood advocates aren’t backing down. They’re currently working to lobby Congressional members before González’s bill goes to a vote.

“It will be up to this new generation of Puerto Ricans to demand and claim in Washington the end of the current improper colonial relationship, and begin a transition process to fully incorporate Puerto Rico as the next state of the Union,” the governor said.

As for current American mainlanders, Twitter would suggest that we’re more concerned about having a nice even number of states.

To make room for Puerto Rico on the flag, one person suggested combining Kansas and Arkansas.

Next, read about why Texas has the highest rate of pregnancy-related deaths in the developed world. Then, take a look at these 33 harrowing scenes from Mexico’s drug war.