Someone Stole Nearly $100,000 Worth Of Ramen Noodles In Georgia

The victim left his truck parked at a gas station for a few days, and when he returned the truck had vanished — with all noodles in tow. 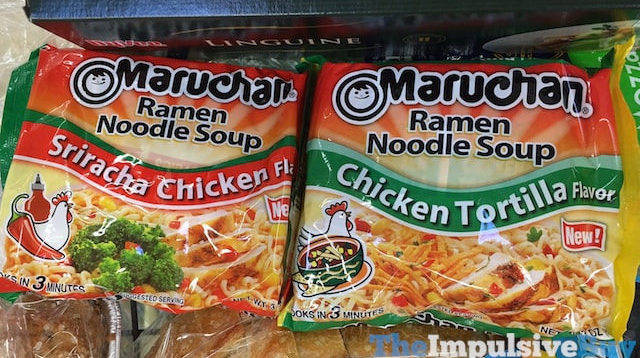 FlickrMaruchan is one of the most popular instant ramen noodle brands in America.

A tractor trailer transporting about $98,000 worth of ramen instant noodles was stolen while it was parked at a Chevron gas station in Fayette County, Georgia.

The incident happened sometime between July 25 and August 1, according to a report that the victim filed with local authorities. The victim said that he had permission from the property owner to park the 53-foot tall trailer at the gas station, which rests along Georgia Interstate Highway 85 north.

But when he returned to where he left the truck, he discovered that it’d disappeared with all noodles in tow. Lt. Allen Stevens of the Fayette County Sheriff’s Office has said that this is the first “ramen noodle theft [that] has ever occurred here [in Fayette County].”

The brand of noodles has not been specified, and as of August 16, no updates on the heist have been revealed by authorities.

For the purposes of quantifying what $98,000 of ramen noodles might look like, if on average a packet of Maruchan Ramen noodles costs 29¢, the culprits responsible for this crime could have stolen more than 300,000 packages of ramen. That’s enough ramen for one person to eat for every meal of the day for 300 years. 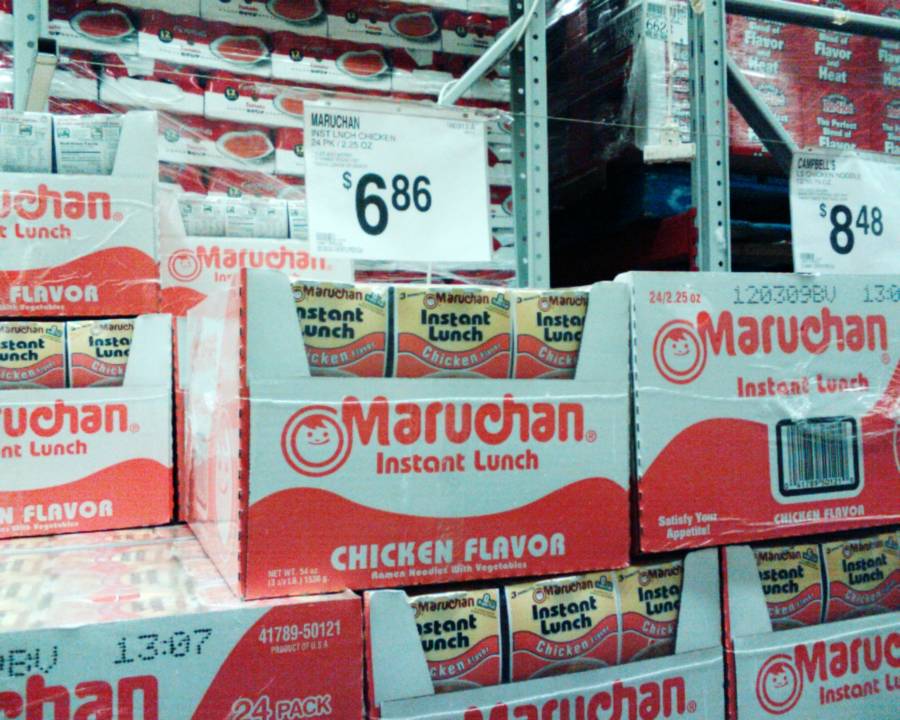 Believe it or not, food heists of this caliber are more common in the United States than you might think.

In 2011, a group of thieves in Florida made off with $300,000 worth of tomatoes. They stole six tractor trailers filled with the produce, along with a truck of cucumbers and a truckload of frozen meat.

Freezing temperatures in Mexico during the winter of 2011 impaired their crops significantly. This in turn skyrocketed the price for produce in the U.S., and the inflation specifically impacted the price of tomatoes, which is likely the reason as to why these thieves targeted tomatoes in their heist. It’s likely that their intention was to sell the tomatoes at a lower price than competitors and turn a profit off of the stolen goods.

Similarly in 2013, Veniamin Balika was pulled over in his 18-wheeler over at a New Jersey Turnpike rest stop and was questioned by state police. Balika was driving a shipment totaling 42,000 pounds of Muenster cheese from the K&K Cheese/Old Country Cheese Factory, a cheese manufacturer in Canton, Wisconsin. The alleged destination that Balika was supposed to be headed towards was Texas, which is why it didn’t make sense for him to be in New Jersey.

As it turns out, Balika never intended on making it to Texas and confessed to effectively stealing the cheese with the purpose of selling the product to anyone willing to pay him for it. Balika found himself in handcuffs shorty after his confession.

Next, read about this Texas man that stole $1.2 million worth of fajitas. Then, check out this story about a couple that stole $1.4 million from Hurricane Sandy victims — and gambled it all away.