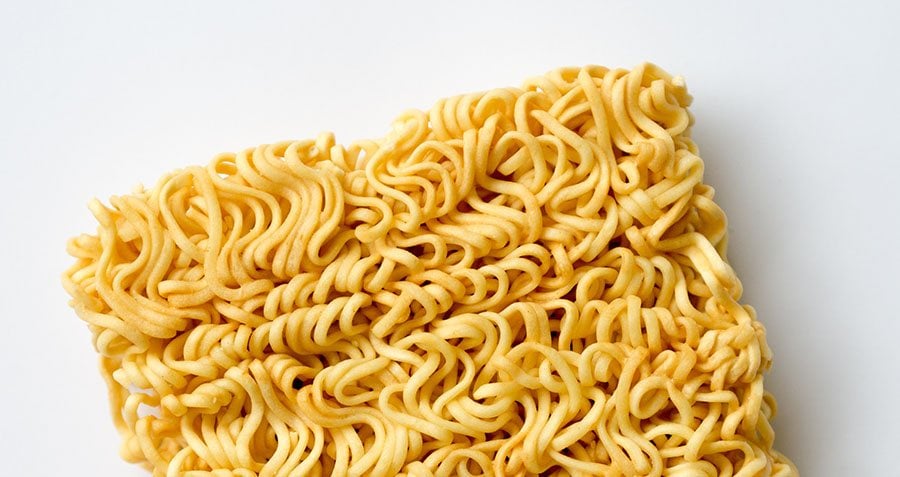 A new study has found that one of the quickest roads to “wealth” in U.S. prisons is by obtaining not money, but ramen.

In a report released Monday by University of Arizona PhD student Michael Gibson-Light, data reveal that the instant-noodle dish has become a valuable commodity in American prisons — surpassing tobacco as the erstwhile most valuable commodity.

This comes, Gibson-Light says, as a result of prison budget cuts — and ones in which inmates bore most of the costs. “That change was part of a cost-cutting measure,” Gibson-Light told the Guardian. “With that change that resulted in a reduction in the quantity of the food the inmates were receiving.”

According to a release, the U.S. Bureau of Prisons reported that states spent about $48.5 billion on corrections in 2010 — a 5.6 percent decline compared with 2009. It also found that since 1982, per capita corrections expenditures have not kept pace with the number of inmates.

In practice, Gibson-Light says, those budget cuts meant that the inmates at the prison he studied went from receiving three hot meals per day to two hot meals and one cold lunch per week, and then on weekends just two meals for the entire day.

Of that food, correctional officers advised Gibson-Light against eating it, as it might give him food poisoning.

Before such conditions, it’s perhaps not that surprising that ramen — which inmates refer to as “soup” — assumed such a high value.

“Ramen is easy to get and it’s high in calories,” Gibson-Light said. “A lot of them, they spend their days working and exercising and they don’t have enough energy to do these things.”

To arrive at such a conclusion, Gibson-Light interviewed approximately 60 inmates at a state prison, and analyzed other national investigations which also showed that inmates used ramen as a means of exchange, Phys.org reported.

In practice, a couple packs of ramen — which cost 59 cents per pack at the commissary — can buy inmates a number of expensive items. A $10 sweatshirt, for example, can be bought with two packs of ramen. Five cigarettes can be purchased with one pack of ramen. And if you clean an inmate’s bunk, that can earn you a pack of ramen as well.

Gibson-Light’s findings build on a long-held understanding that ramen is a popular prison dish — so much so that disputes over it have resulted in physical violence and sometimes death.

According to the Guardian, a 2009 race riot inspired him to write the book. The riot, taking place between a group of Hispanic and African-American inmates, ended when an older inmate pushed for the dispute’s resolution and the formerly sparring inmates cooked a meal together, largely made of ramen.

That ramen would surpass tobacco as a valuable commodity is incredibly significant, Gibson-Light says.

“The form of money is not something that changes often or easily, even in the prison underground economy; it takes a major issue or shock to initiate such a change,” he said. “The use of cigarettes as money in U.S. prisons happened in American Civil War military prisons and likely far earlier. The fact that this practice has suddenly changed has potentially serious implications.”

Gibson-Light is presenting his findings in the presentation “Must Work for Food: The Politics of Nutrition and Informal Economy in an American Prison,” today in Seattle at the American Sociological Association’s 111th Annual Meeting.

Next, read about the worst prisons in the world.