Christianity will lose its place as the world's largest religion within 20 years, experts predict.

Christianity is currently the largest religion in the world. But given current birth rates, that’s likely to change relatively soon.

A new study from the Pew Research Center found that the world’s Muslim population will probably exceed the Christian population in less than 20 years.

This prediction is based on more than 2,500 censuses looking at current birth trends, death rates, and the age makeup of today’s religious populations. 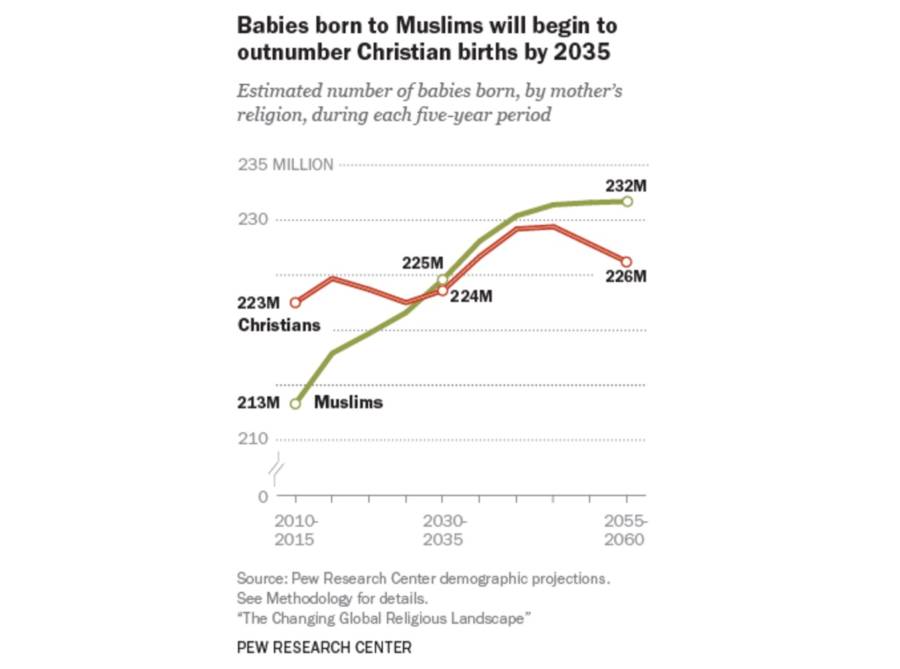 Researchers found that though Muslims currently account for only 24 percent of the world’s population, they were responsible for a disproportionate 31 percent of births between 2010 and 2015.

This conclusion, the report notes, was made assuming that most children inherit and stick with their mother’s religion — an assumption the data supports.

People do switch religions more frequently than they used to, just not enough to be particularly relevant.

The study found that when you look at conversion rates alone (only the people who, at some point in their lives, choose to join or leave a group) there’s a slight increase in the Muslim population, a large increase (23 percent) in the number of atheists, and a significant decrease in Christians (seven percent). 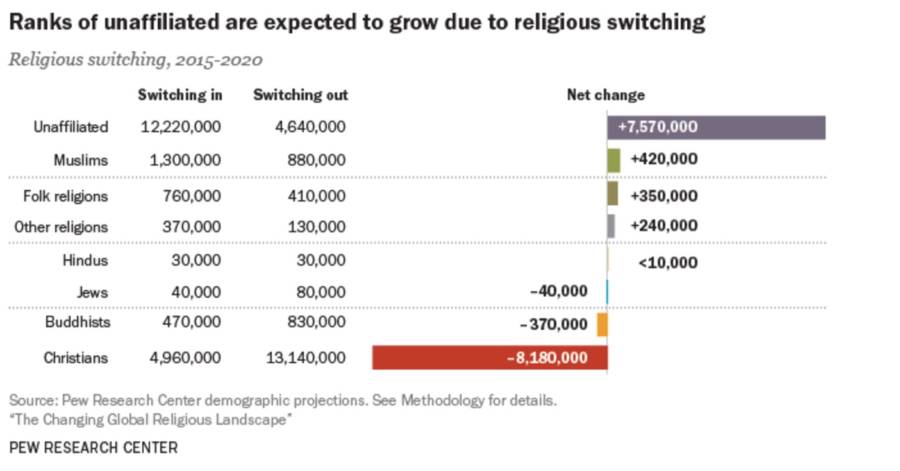 This detail doesn’t really matter though, since “the effects of religious switching are overshadowed by the impact of differences in fertility and mortality.”

This is clear when looking at the atheist population. Though more people are voluntarily becoming religiously unaffiliated than any other group, they are not having a whole lot of babies.

Due to what the study calls a “dearth of newborns,” the global atheist and agnostic population is expected to decline in the coming decades. By 2060, religiously unaffiliated people will have gone from being 16 percent of people to just 13 percent.

These numbers have a lot to do with where religions are concentrated. The ones that are popular in developing countries (where birth rates remain exceptionally high despite sharply declining infant mortality rates), are seeing significant gains.

The global population as a whole is expected to increase by 32 percent by 2060 — skyrocketing from 7 billion to 9.6 billion. 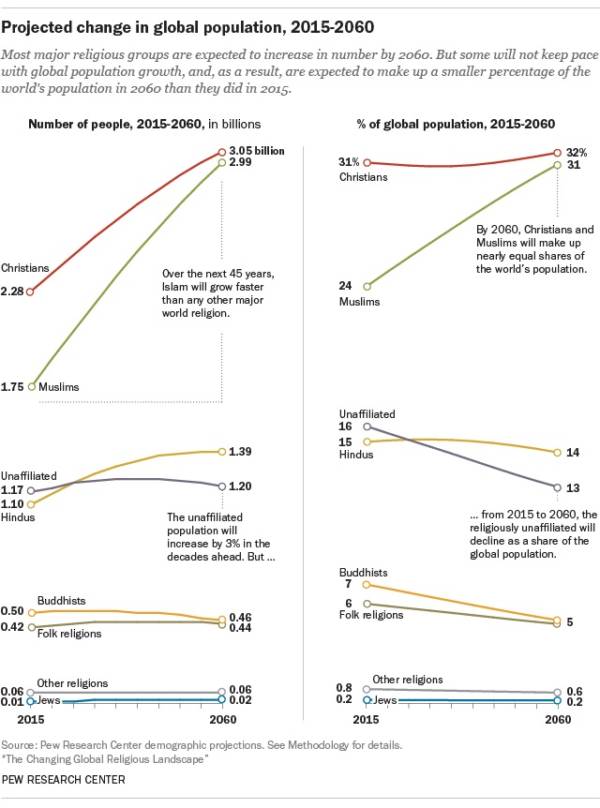 Next, check out Stephen Hawking’s deadline for the human race’s survival. Then, learn why jihad may be the most misunderstood part of Islam.