No one knows how he got into the freezer unnoticed, how long he'd been in there, or why he was even in there in the first place. 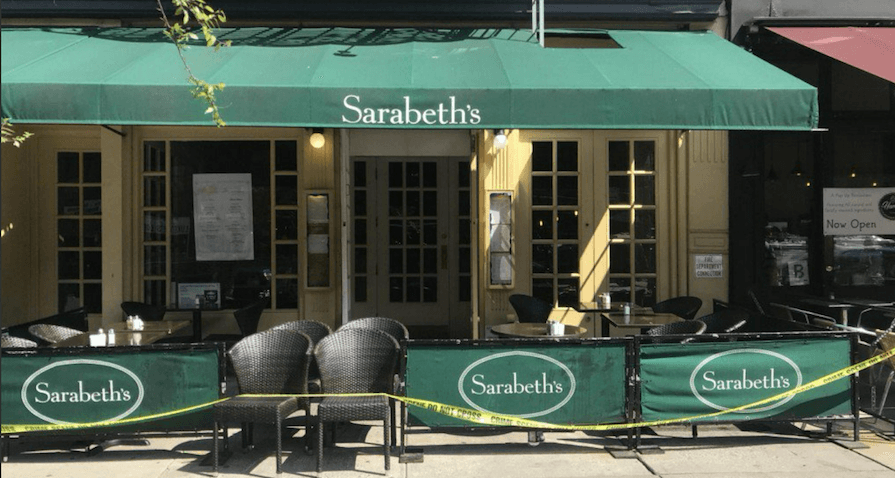 The staff at Sarabeth’s restaurant on the Upper West Side of Manhattan was shocked during their brunch service on August 5 when an emotionally disturbed 54-year-old man that had apparently been hiding in their walk-in freezer attacked them with a knife, according to police.

Then, in a bizarre turn of events, the man died after being transported to the hospital following the incident. The exact cause of death has yet to be determined by a medical examiner, but it appears that the man did die due to a medical issue and there was no foul play.

The man’s identity has not been disclosed and will not be until police are able to contact his family. The only information that’s been revealed is that the man was from Arizona. Why he was in New York City and any connection that he may have had with the restaurant or its employees remains unclear.

Crime scene unfolding at Sarabeth’s on the UWS. Witnesses being interviewed now. pic.twitter.com/Aay68hT4dg

The man attacked the staff at Sarabeth’s, with no serious injuries reported, during the restaurant’s brunch rush at around 11 a.m. The restaurant had already been open for three hours at that point, and the staff didn’t know exactly how long he had been hiding in the freezer before they discovered him.

When employees opened the walk-in freezer, they found the man on the floor, at which point he grabbed a knife and tried to attack the staff.

Nobody at Sarabeth’s said that they recognized the man. He was apparently screaming “away Satan” while attempting to hurt the staff.

The staff was able to disarm the man and hold him down on the ground, and he reportedly had a medical episode of some kind soon after. When police arrived, they found the man unconscious and unresponsive. After being transported to the emergency room at Mount Sinai St. Luke’s Hospital, he was pronounced dead on the scene.

The New York City Medical Examiner now must determine his cause of death while investigators are going to look into why he was at Sarabeth’s, how he got into the freezer, and how long he had been inside before the attack.

At this point, there’s no apparent connection between the man and anyone that was working or dining at Sarabeth’s on the day of the attack.

His motives aside, how did the man even manage to get into the freezer without anyone at Sarabeth’s noticing? The answer to that question won’t be revealed until the investigation is over, and unfortunately, the man won’t be able to explain his story himself.

Next, learn about theseseven surprising things that happen to your body after you die. Then, read about some of the strangest deaths suffered by famous figures throughout history.