They're the most endangered whale on Earth with only 500 left alive. And now they're dying at alarming rates. 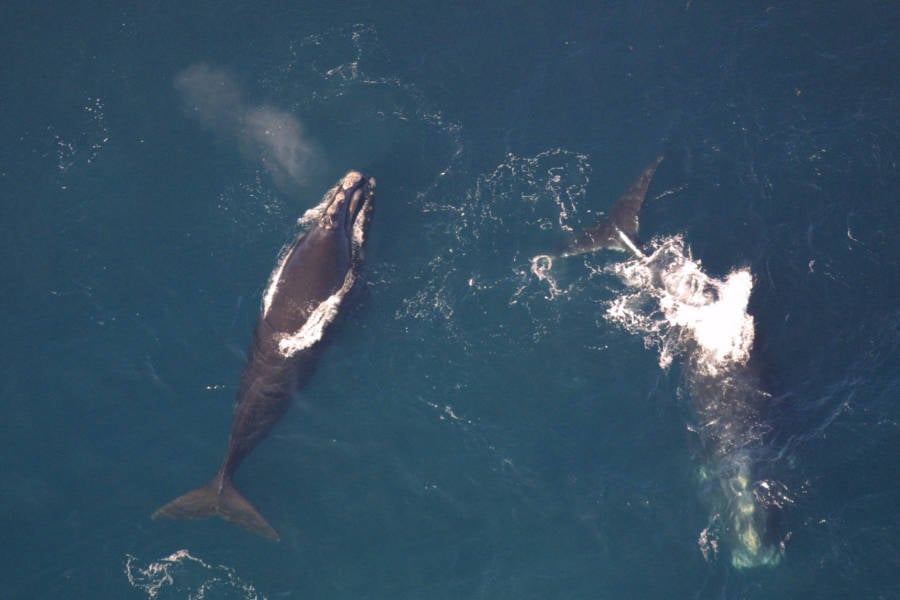 In recent weeks, six whales of the critically endangered North Atlantic right variety have turned up dead, leaving scientists perplexed as they struggle to figure out why.

All of the massive creatures’ bodies were found in Canada’s Gulf of St. Lawrence in the Northwest Atlantic, which used to be home to tens of thousands of this particular species, the world’s rarest type of whale. Today, only 350 are left in the area.

“For this species, even one animal is a hit to the population,” Tonya Whimmer, the director of the Marine Animal Response Society, told National Geographic.

The first mysterious casualty was found on June 6th. Then two more were reported the next week, on the 19th and 20th. The most recent three were all discovered in the span of just four days between the 20th and the 23rd.

As the bodies continued to accumulate, scientists noted that all of the whales seemed perfectly healthy (except for the whole being dead thing).

“It seems very odd that they would die in this time frame and in the same area,” Wimmer said. “It’s catastrophic.”

The whales are so endangered in the first place largely because of the destructive practices used by the whaling industry during the 1900s. The North Atlantic right whale was a particular favorite for hunters because of their gentle nature, high blubber content (which could yield a lot of oil and causes them to float to the surface once killed), and their tendency to stay relatively close to land.

Despite 70 years of protection, no population growth has been observed and experts fear a full recovery may be impossible.

Most North Atlantic right whales are now killed when they’re unintentionally struck by a ship or get mistakenly tangled in fishing nets.

To deduce which of these causes — if any — is the culprit in these particular cases, Wimmer and other conservationists are considering hauling the carcasses from the ocean to perform autopsies.

These efforts are part of desperate final attempts to pull this species back from the brink of extinction.

Next, read about the huge gangs of killer whales chasing down and harassing Alaskan fishing boats. Then, read the sad story of Lulu, the deceased whale who was “one of the most contaminated animals on the planet.”