"As we try to mitigate the effects of climate change, it's really important that we clearly understand where the carbon that we are emitting goes." 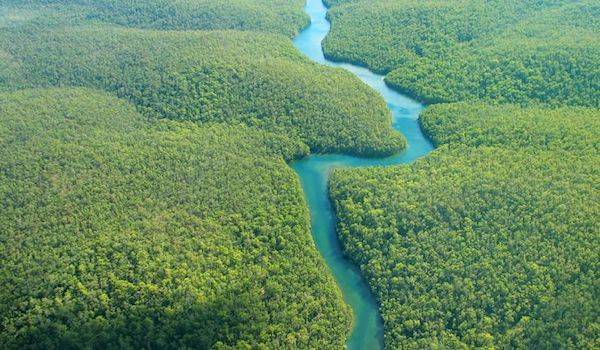 worldatlasRivers around the world, like the Amazon (above), cover more of the Earth than scientists realized, according to a new study.

Turns out that far more of the world is covered by rivers and streams than scientists previously thought — and that has major implications for climate change.

According to new research published in the journal Science on June 28, rivers and streams cover 44 percent more of Earth’s surface area than previous estimates indicated.

To make this calculation, researchers used satellite data and on-the-ground measurements combined with statistical models to create the Global River Widths from Landsat (GRWL), a collection of some 60 million river measurements that now represents one of the most detailed databases of rivers and streams in existence.

These measurements will prove especially valuable in helping us to understand the extent to which rivers and streams are contributing to climate change.

While these bodies of water only release about one-fifth of the carbon dioxide released by manmade processes like fossil fuel combustion and cement production, they do indeed release significant amounts of greenhouse gases into the atmosphere. So, knowing how much of the Earth is covered by rivers and streams will give us insight into how much gas they’re emitting.

All freshwater river and streams have carbon dioxide in them. As soil decomposes and minerals dissolve, groundwater becomes supersaturated with carbon dioxide and other greenhouse gases.

“Then, as this water flows out into churning streams and rivers, it is released into the atmosphere in a process known as gas evasion,” George Allen, doctoral candidate at the Global Hydrology Lab at the University of North Carolina and co-author of the study, explained to All That’s Interesting.

While scientists have long understood the process of gas evasion, there hasn’t been sufficient data on the global surface area of rivers and streams — until now. Thanks to Allen and Tamlin Pavelsky, Ph.D. Associate Professor of Global Hydrology at UNC, we now have the GRWL and no longer have to estimate global measurements based on more localized samples.

“I was drawn to work at the global scale because it removed the question of ‘do the findings in this study apply to the rest of the world?'” said Allen. “So when Tamlin proposed the idea to create a global map of river morphology, I was totally hooked.”

“First we downloaded over 7,000 Landsat satellite images that covered the Earth’s land surface,” explained Allen. These images allowed the researchers to detect surface water and distinguish rivers from other bodies of water (wetlands, lakes, etc.).

Lastly, Allen said, “We ran an image processing algorithm called RivWidth, which was mainly developed by Tamlin when he was a graduate student at UCLA, to measure the length, width, and location of rivers globally.” 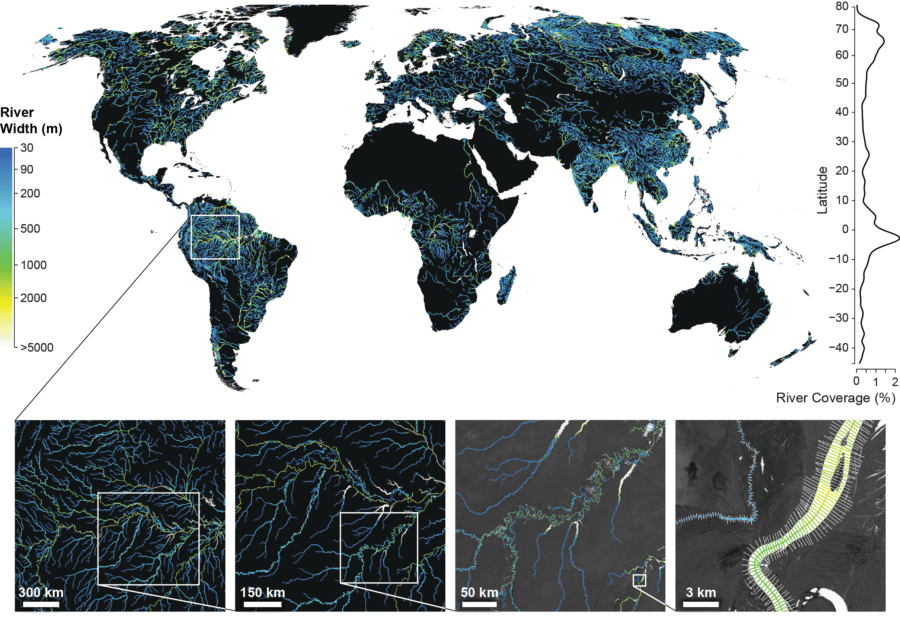 According to the results in the now freely available GRWL database, rivers and streams are estimated to cover around 773,000 square kilometers of Earth’s land surface, which is tens of thousands of square kilometers higher than previous estimates.

These findings indicate that, when it comes to global carbon emissions, the role of rivers and streams has surely been underestimated.

But now that we have the GRWL data, we can not only use it to better understand climate change and also learn more about how river deposits create new landforms as well as create improved flood models.

It seems that, whether in terms of flooding or climate change, rivers represent a more powerful global force than even scientists realized.

Next, check out Mexico’s incredible underwater river. Then, discover the most interesting facts about our world that you’ll ever read.