Officer Stephen Mader refused to shoot Ronald Williams — who was attempting suicide by cop — and was fired for it. 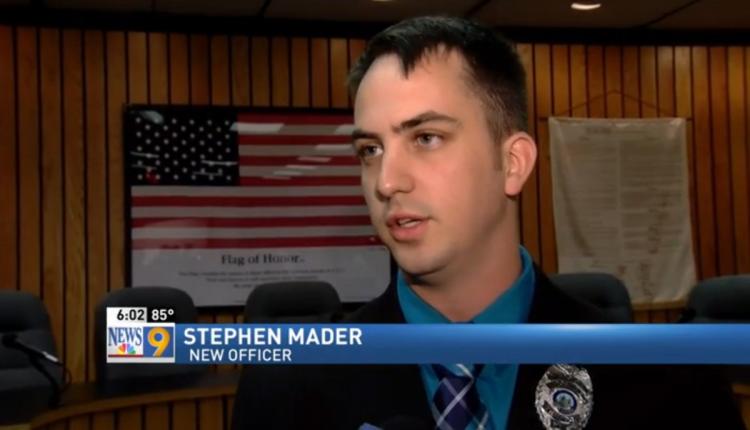 A former West Virginia police officer is suing the city where he was employed, claiming that he was fired for not shooting a 21-year-old suicidal black man.

When Officer Stephen Mader saw the gun in RJ Williams’ hand on May 6, 2016, he raised his duty weapon in defense. But then Williams said something that gave Mader a new understanding of what was going on.

“Just shoot me,” he remembered the visibly distraught Williams saying.

Mader, an Afghanistan war veteran, deduced that Williams was attempting suicide by cop, a suicide method in which a person engages in actual or apparent danger to others with the desire to be killed or injured by law enforcement.

(It’s debated how common this type of death wish is — with one 2006 study claiming that 36 percent of all police shootings could be categorized as suicide by cop.)

“I’m not gonna shoot you, brother,” Mader said he replied. “Just put down the gun.”

The two argued back and forth — Williams asking to be shot, Mader asking that he put down the gun.

But when another cruiser approached, things escalated. Williams began waving the gun around toward Mader and the other officers, who immediately fired.

“Within seconds, shots were fired and the last shot fatally wounded Mr. Williams to the head,” Mader claimed.

When they inspected Williams’ pistol, they found that it wasn’t loaded.

All of the officers present were put on administrative leave while prosecutors conducted an investigation into the shooting, eventually determining that it had been justified.

Officer Ryan Kuzma, who fired the fatal shot, retained his job. Mader received a termination notice on the grounds that he had “failed to eliminate a threat.”

City officials cited other reasons for Mader’s termination, including him not reporting an elderly woman’s death as suspicious and an incident when he cursed at a woman while arresting her husband.

But the American Civil Liberties Union of West Virginia, which is representing Mader in the case, says the real reason is that Mader’s “decision not to use deadly force to shoot and kill a suicidal African-American male, made or could have been construed to make Officer Kuzma’s use of deadly force appear unreasonable or excessive under the circumstances.”

Under the law, an officer is only allowed to use deadly force when he or she perceives a threat.

“Once he made the decision Williams was not a threat, the U.S. Constitution says he’s not allowed to shoot,” the ACLU of West Virginia executive director, Joseph Cohen, told HuffPost. “Not only was his belief reasonable, it was objectively correct. The gun was unloaded.”

Not only is the city in the wrong, the case claims, but so is Officer Kuzma himself as well.

The suit says that Kuzma sent Mader threatening text messages after the incident, calling him “a coward” who “didn’t have the balls to save [his] own life,” among other things.

Kuzma has received no disciplinary measures for his actions with regard to Williams or Mader.

The case was taken up by the ACLU because, the organization stated, it highlights ongoing problems in American policing: the use of excessive force often leading to murders of non-threatening black men by white officers.

“If Stephen Mader was reasonable in his objectively correct decision that RJ Williams was not a threat to others,” Cohen said, “the real reason the Weirton Police Department fired him is because he honored Williams’ constitutional right not to be shot.”

Next, read the Police Chiefs Organization’s formal apology to people of color.