Keeping track of roadkill may not seem like the most glamorous job, but it's an important one. 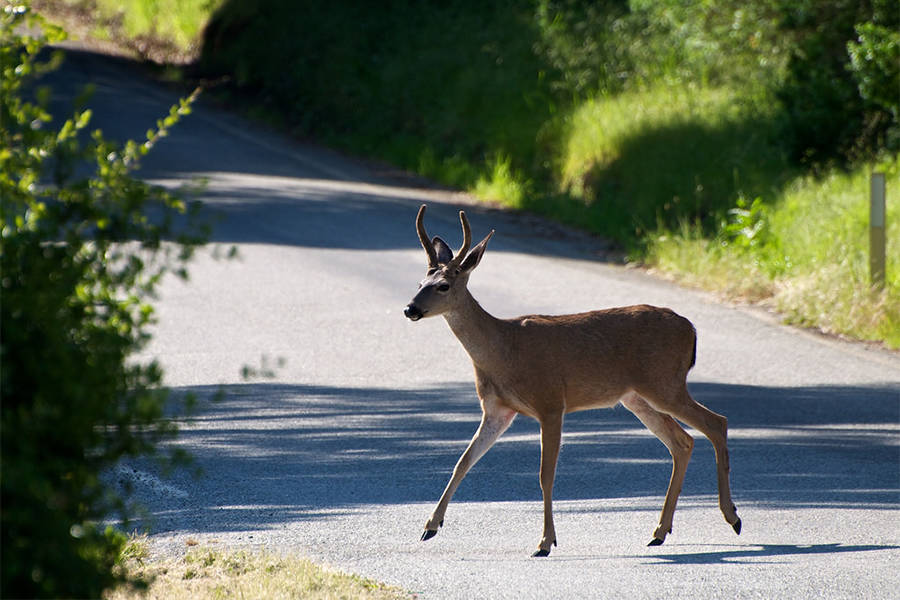 Wikimedia CommonsRoadkill numbers could be skewed by scavengers moving roadkill.

A new study published in the Journal of Urban Ecology claims that researchers in the U.K. may have been underestimating roadkill numbers as of late. While that may sound like a trivial problem, the presence of roadkill actually allows researchers to understand the effect that roadways are having on habitats and how they can be adapted to better suit threatened wildlife.

“It is important to know where and when roadkill is observed so that we can feed that knowledge into public policy and help inform where mitigation (green bridges, for example) could be placed,” explained Sarah Perkins, a researcher with the Cardiff School of Biosciences at Cardiff University, in an interview with All That’s Interesting.

“We can also learn indirectly about species distributions giving us important information about where invasive species are, or those species of conservation concern are found,” she continued.

Part of the reason the roadkill numbers have been underestimated has to do with the ill-fated animals’ fellow creatures. Most roadkill is actually removed by scavengers.

“Our aim with this study was to try and understand how quickly roadkill was removed and by which species,” explained Perkins. “We also wanted to know which species in the urban environment were scavenging on roadkill.”

“We found that 70% of roadkill was removed within two hours and that foxes were common scavengers at night and gulls and corvids (magpie and crow) in the day,” she explained. “Yes, we are trying to raise public awareness of how much our wildlife is affected by roads and traffic.”

While it’s not necessarily a problem that scavengers are removing the roadkill, it is an issue that the researchers haven’t been taking that into account. The problem is especially prevalent in the U.K. where the roadways are denser, but that doesn’t mean that the US’s problem is nonexistent.

“The U.K. has a high density of roads compared to, for example, North America, but the estimates of roadkill in the U.S. are also very high,” Perkins said. “Given the high numbers in many counts, we certainly think that roadkill will be important to scavengers in different countries.”

In the United States, it’s estimated that “millions of wild animals are struck down by vehicles each week,” though the Humane Society of the United States claims that this at best, a rough estimate. According to John Griffin, director of Humane Wildlife Services at HSUS, “It’s really a best guess.”

According to the New York Department of Transportation, the number of larger animals struck by vehicles is easier to estimate. The number of deer struck each year in New York state is 65,000, but as for smaller animals, it’s almost impossible to know. As in the U.K., scavengers are a large part of roadkill removal, and again, as in the U.K., have skewed the numbers.

Next, check out the study done on the world’s rarest ape, which is on the brink of extinction. Then, read the study that claims conservation efforts are pushing predators into places they’ve never been before.