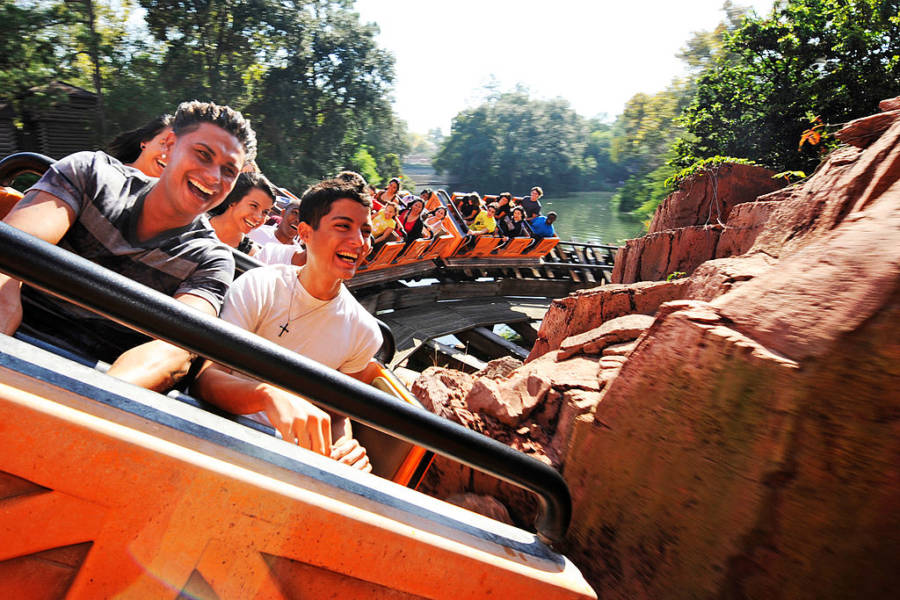 Diana Zalucky/Disney via Getty ImagesPaul “Pauly D” DelVecchio (left), from the MTV series “Jersey Shore,” takes a ride aboard the Big Thunder Mountain Railroad roller coaster in the Magic Kingdom. (As far as we know, he did not pass a kidney stone while on the ride.)

It might just be the best doctor’s prescription ever:

Seems too good to be true. But one urologist in Michigan recently confirmed that a whirl on one of those head-whipping rides is sometimes all it takes to pass a painful kidney stone.

David Wartinger, a urological surgeon, had heard stories from patients who went to Disney World and returned with fewer kidney stones. But he didn’t think the two were really correlated until one man recounted his experience with the Magic Kingdom’s Thunder Mountain.

The man rode the ride, and passed a small stone. Then he rode it again. And passed another stone. A third go around — a third stone!

“That was just too powerful to ignore,” Wartinger told The Atlantic. “I’d been hearing these anecdotal stories for a couple of years, and then I thought, okay, there’s really something here.”

Talking to more and more people about their experiences accidentally passing stones, he realized they had all ridden Thunder Mountain.

So he conducted a study.

Using a 3D printer, Wartinger made a silicone replica of the three-stone-Thunder-Mountain-man’s kidney and filled it with fake stones and his own very real urine.

Then, like a championship-winning quarterback, he went to Disney World.

Wartinger and his colleague, Marc Mitchell, packed their fake kidney in a backpack with a plan to hold it between them on the ride.

“We went to guest services, and we didn’t want them to wonder what was going on — two adult men riding the same ride again and again, carrying a backpack,” he said. “We told them what our intent was, and it turned out that the manager that day was a guy who recently had a kidney stone. He called the ride manager and said, do whatever you can to help these guys, they’re trying to help people with kidney stones.”

Wartinger will now proceed to conduct a clinical trial with real people and real kidney stones — but this initial test suggests that if your stone is smaller than five millimeters, riding rollercoasters will likely help it pass.

While it may sound silly, this finding matters. If kidney stones linger in the body too long and grow to the point that their owner requires a trip to the emergency room to have them extracted (an experience so painful that many have compared it to childbirth), it can be quite expensive.

So expensive, in fact, that $3.8 billion is spent each year on kidney stone treatment in America.

Of course, a trip to Disney World isn’t cheap, either — but it’s definitely a lot more fun than the ER.

Next, read about how Irish medical researchers recently discovered a brand new organ in the human body. Then, check out the medical treatment that allows you to plant feelings into people’s heads.