Russia May Ban Cigarettes For Everyone Born After 2015 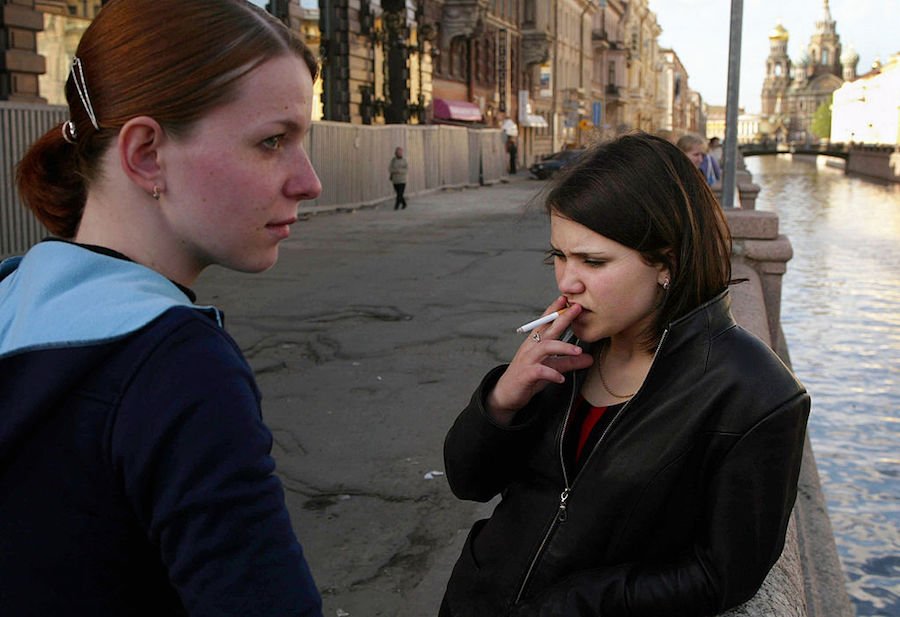 Russia’s Ministry of Health has confirmed that a plan to ban the sale of cigarettes to anyone born after 2015 is now circulating the halls of the Russian government, and receiving a positive reception.

The plan, first reported by Russian news site Izvestia, would make Russia the only country in the world to take such a severe anti-tobacco position, a surprising reversal from the country’s policies over the past century.

Despite a few countrywide campaigns during the Soviet era, the Russian government has long been tolerant of tobacco with almost no regulation until restrictions on smoking in public spaces were introduced in 2013.

Now, the new ban is already receiving significant support from crucial politicians, such as Nikolai Gerasimenko, a member of the Russian parliament’s health committee. He told The Times that “This goal is absolutely ideologically correct.”

However, the potential ban has encountered some opposition as well.

For one, there are doubts that police will actually be able to enforce such a ban, and even the ban’s advocates have voiced concerns that the black market could step in with fake tobacco to satisfy demand.

However, even though fake tobacco would be worse for public health, Marina Gambaryan, an expert at the Health Ministry, has hope for the ban.

“By 2033 [the year the ban would take effect], the ban on the sale of tobacco products to people born after 2014 [sic] will not seem an extreme measure, but an entirely logical development of events,” Gambaryan told Russian news agency Tass, according to TIME.

But if the country is serious about the ban, Russia has serious work ahead of them, with a Kremlin spokesman noting that implementing the idea would require serious consideration and consultation with other ministries.

Furthermore, the country has one of the highest smoking rates in the world — 40 percent of its population in 2015 — and Russians can purchase cigarettes packs for less than one dollar. Overall, the country’s tobacco market is estimated to be worth more than $22 billion.

Thankfully, Russia has made steady progress in cutting that smoking rate down. Tass reported that in 2016, the number of smokers nationwide fell by 10 percent, bottoming out at 31 percent.

The figure marks Russia’s lowest smoking rate in decades. Now, some officials are hoping that this unprecedented new ban can push that number lower still.

Next, find out how vodka shaped the course of Russian history, before checking out some vintage cigarette ads that now look hilariously, tragically absurd.