The genetic editing and stem cell research used on these mice is a long way from being used on humans, and some critics are wondering if it ever should be. 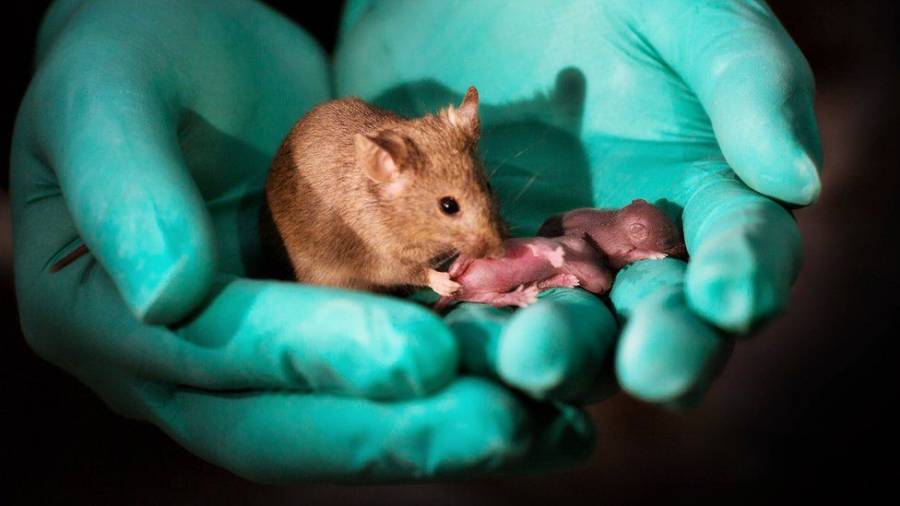 Leyun WangA healthy adult mouse that had been born to two mothers and no male, seen here with her own offspring.

Researchers in China just announced that they successfully produced healthy baby mice born of two female mice and no male. It’s without a doubt a significant breakthrough in the world of mammal reproduction, but some people are questioning the ethics and safety behind it.

The researchers at the Chinese Academy of Sciences, who published their findings in Cell Stem Cell, said that the “bimaternal” animals were healthy and even went on to have babies of their own.

Of the 210 bimaternal embryos that the researchers generated, 29 of them survived, according to a news release. This painstaking experiment took a lot of research, hard work, and genetic engineering to pull off.

To create the bimaternal babies, researchers took the egg from one mouse and combined it with a haploid embryonic stem cell from another. According to CNN, they then used a genetic editing tool called CRISPR Cas9 to delete three sets of genetic instructions to make the egg and haploid cell work together. 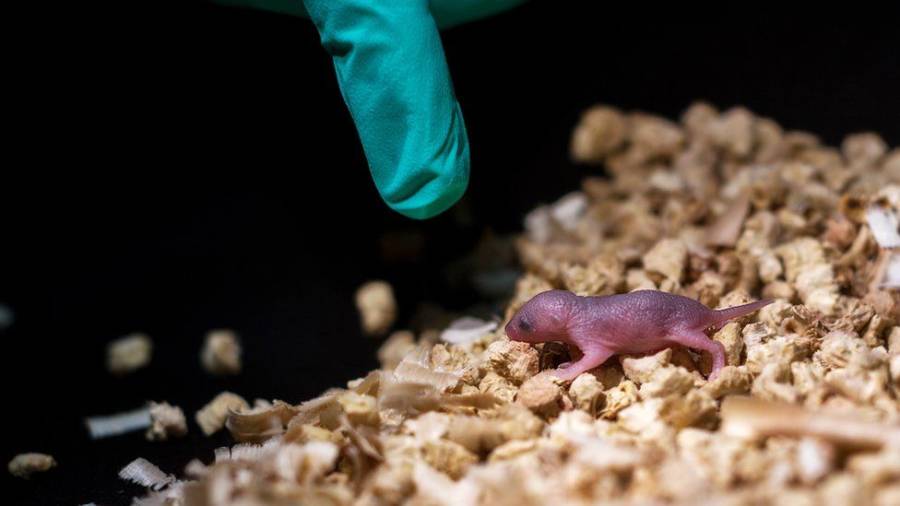 Leyun WangOne of the offspring belonging to the mouse who was born from two moms.

They tried a similar but more complicated version of this process on two male mice but did not find the same level of success. The mice pups born from two dads, a.k.a. “bipaternal,” survived for only a couple of days.

The researchers decided to conduct the experiment because they were interested in why some fish, reptiles, and amphibians could reproduce with one sex, while mammals can’t. They examined challenges for same-sex mammal reproduction and discovered that some of the barriers could be knocked down through targeted genetic editing and the use of stem cells.

The researchers’ extensive use of genetic editing in the experiment has raised a slew of questions in regards to ethics.

As CNN reported, one example of a genetic research controversy is “designer babies.” These are babies who are created when parents pick and choose their child’s genetic traits. People have warned against this practice because the full scope of the effect that editing human genes can have on the future generation’s gene pool is not known.

Leyun WangA healthy adult mouse born to two mothers with offspring of her own.

While this same-sex reproduction process still has a long way to go before it can be used in humans, the researchers say that it has opened many possibilities for the future.

“This research shows us what’s possible,” Wei Li, one of the study’s co-authors, said in the release. “We saw that the defects in bimaternal mice can be eliminated and that bipaternal reproduction barriers in mammals can also be crossed through imprinting modification.”

“We also revealed some of the most important imprinted regions that hinder the development of mice with same-sex parents, which are also interesting for the study of genomic imprinting and animal cloning,” Li added.

The creation of the same-sex produced mice babies in a lab is extremely innovative, but don’t worry, researchers are confident that good old-fashioned sex is not going anywhere, anytime soon.

For more cool scientific breakthroughs in rodents, take a look at the mice who gave birth using 3-D printed ovaries. Then check out how scientists can “turn on” the killer instincts of mice.