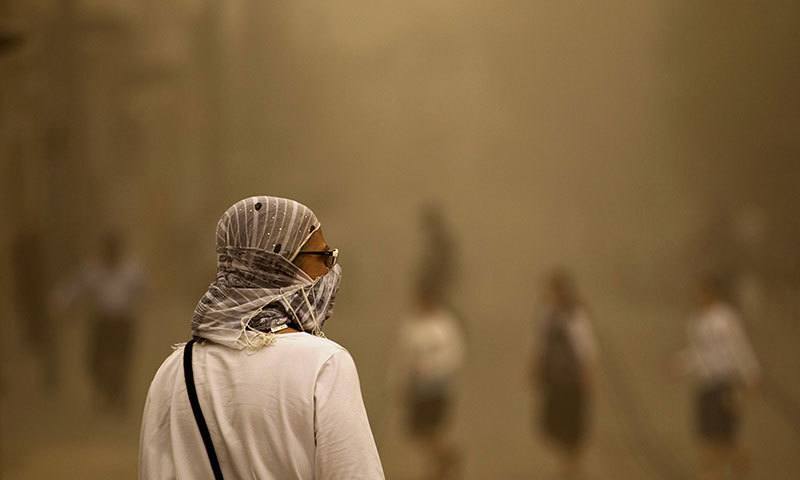 Protective coverings are a must when travelling outdoors in the storm. Source: Guardian

Deadly. Unprecedented. These are just a few of the words that have been used to describe the massive sandstorm that has been sweeping across Lebanon, Syria, Jordan and other parts of the Middle East since Monday of this week. The first-hand accounts of darkened skies and harsh air are haunting enough—and the photos will blow your mind: 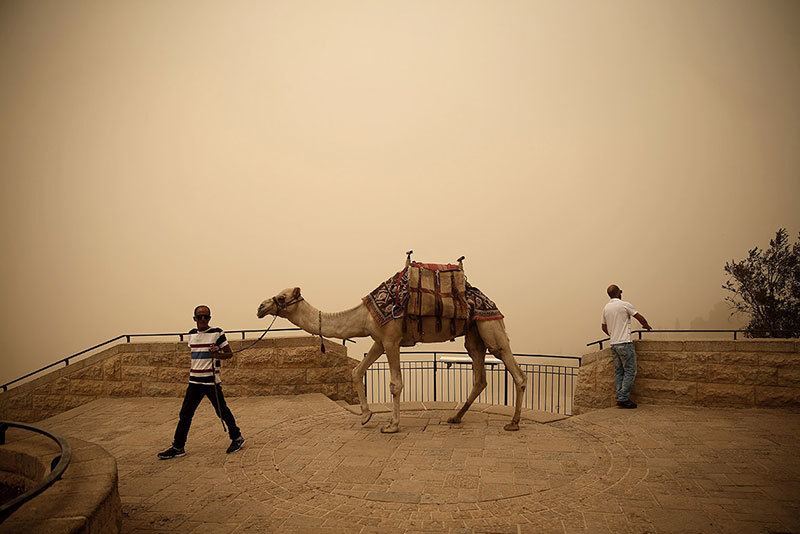 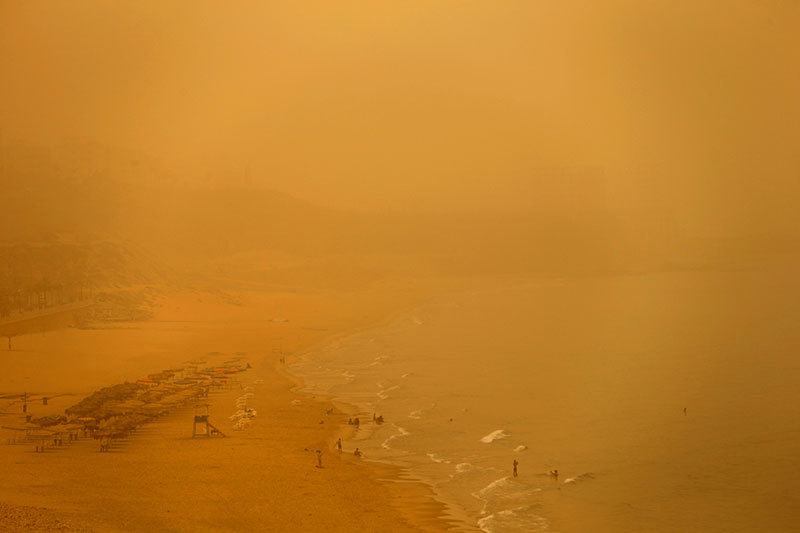 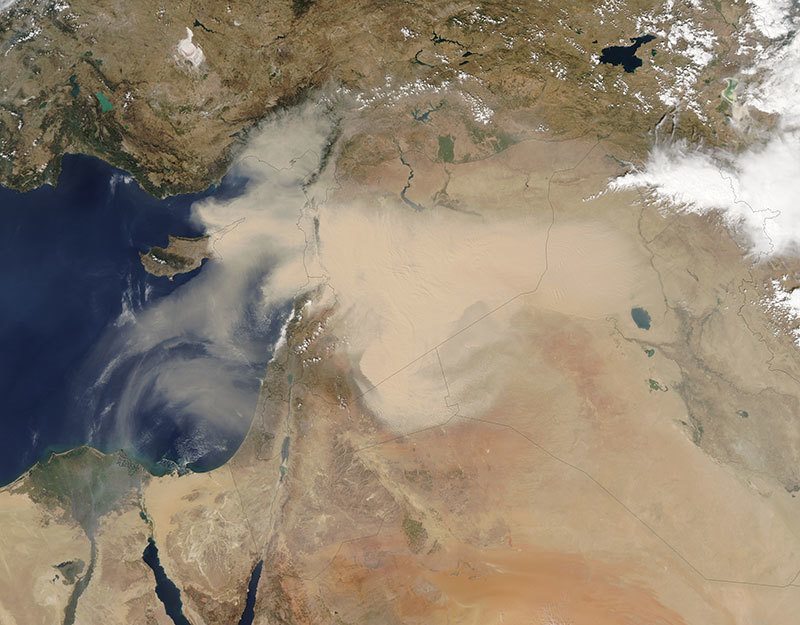 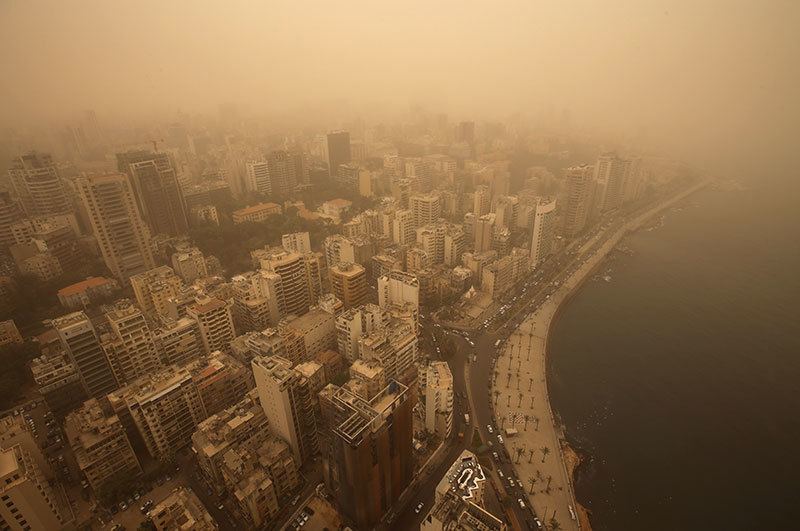 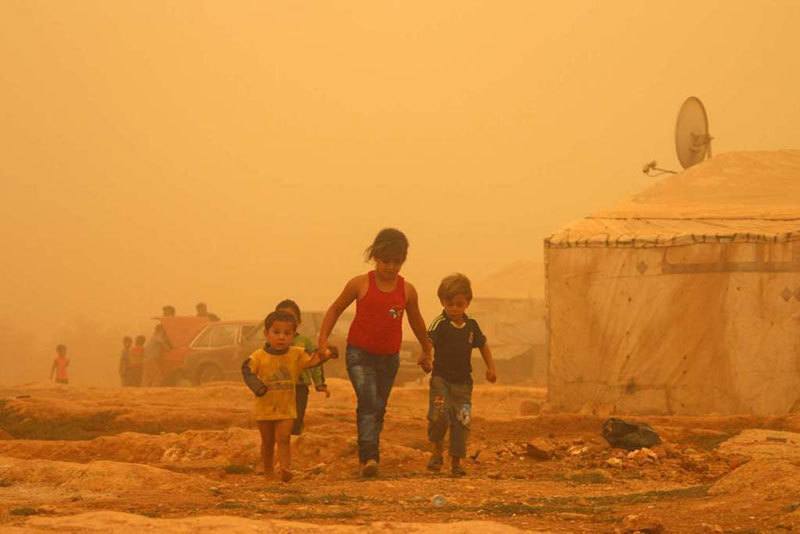 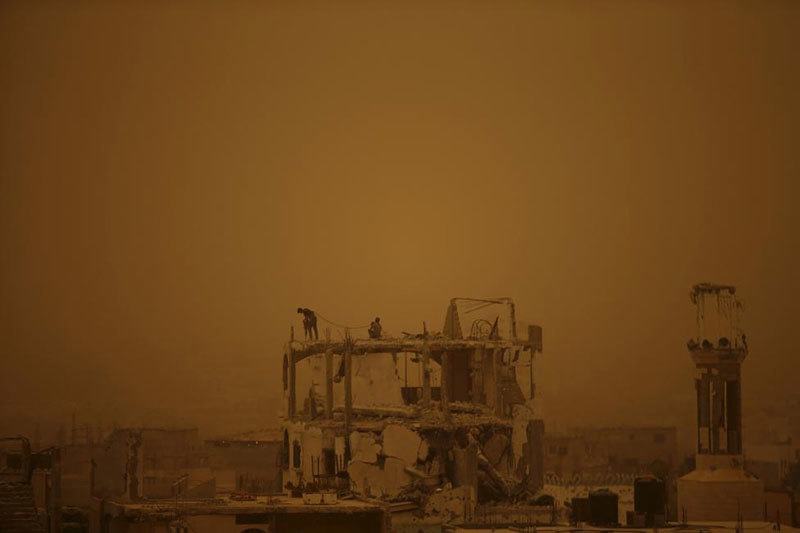 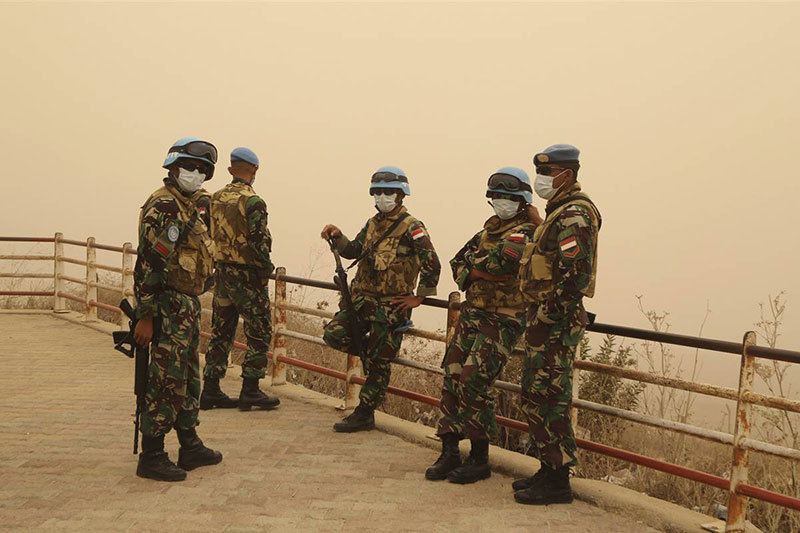 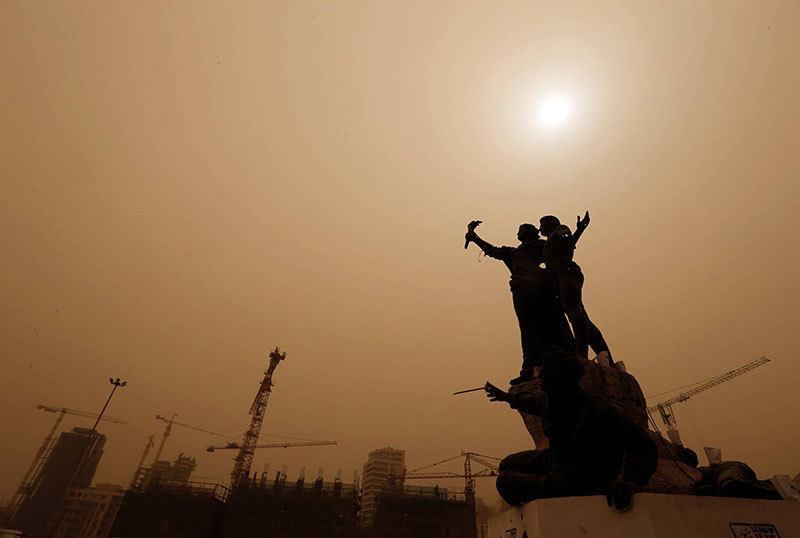 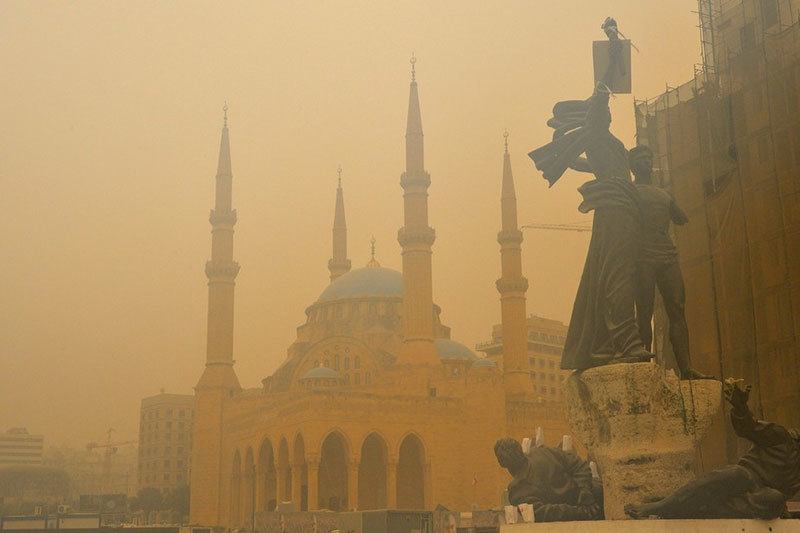 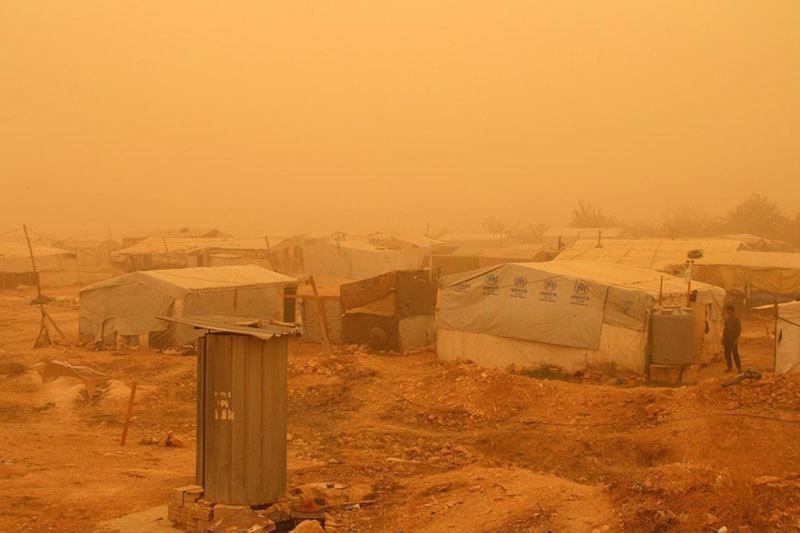 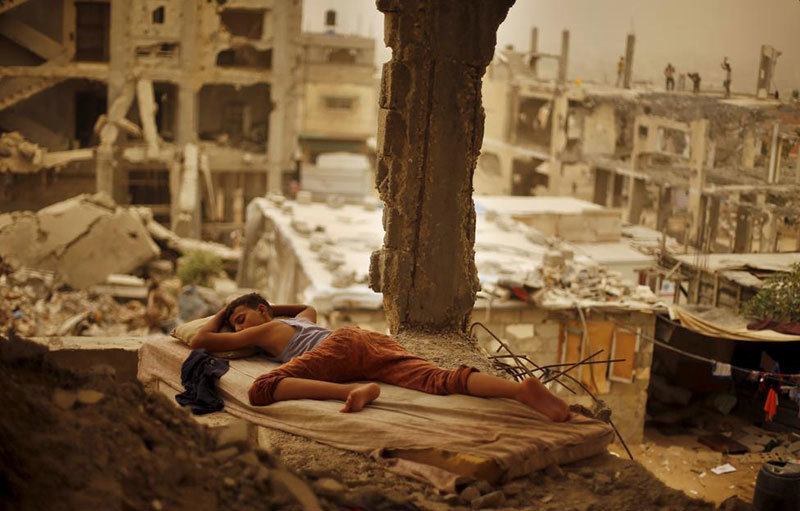 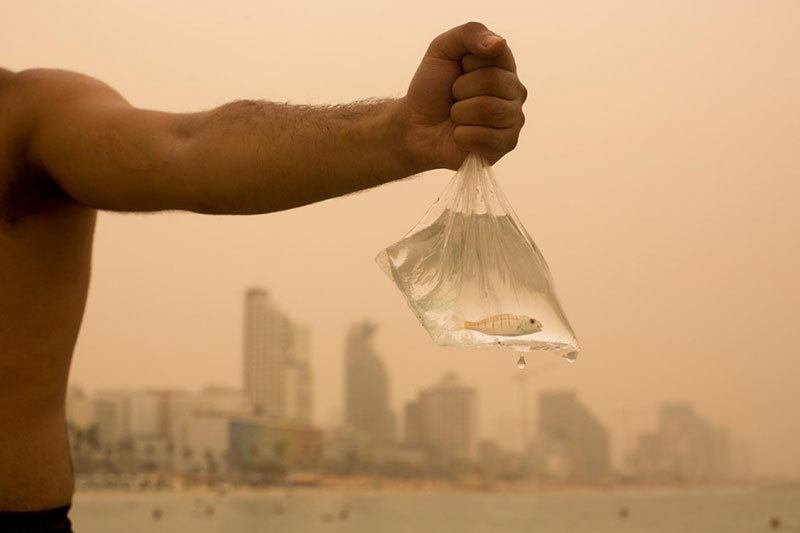 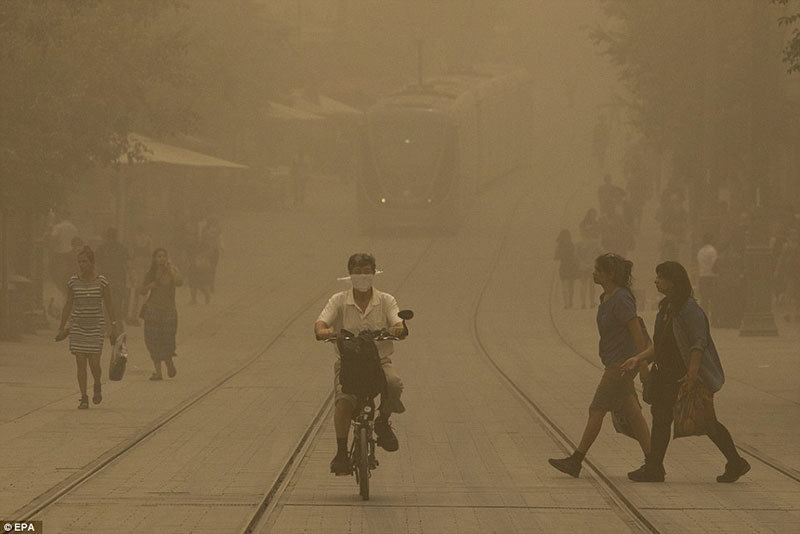 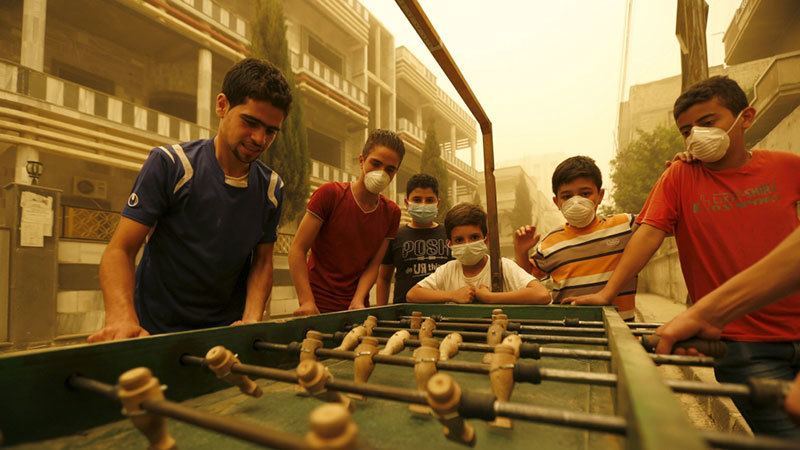 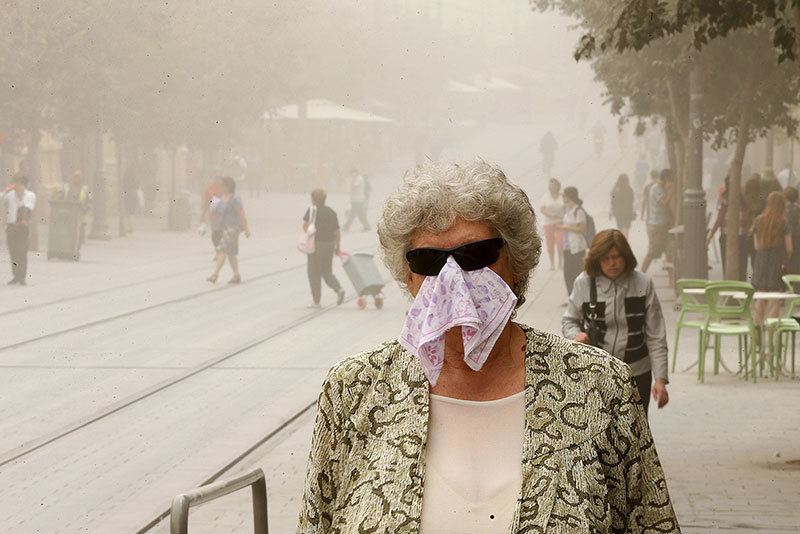 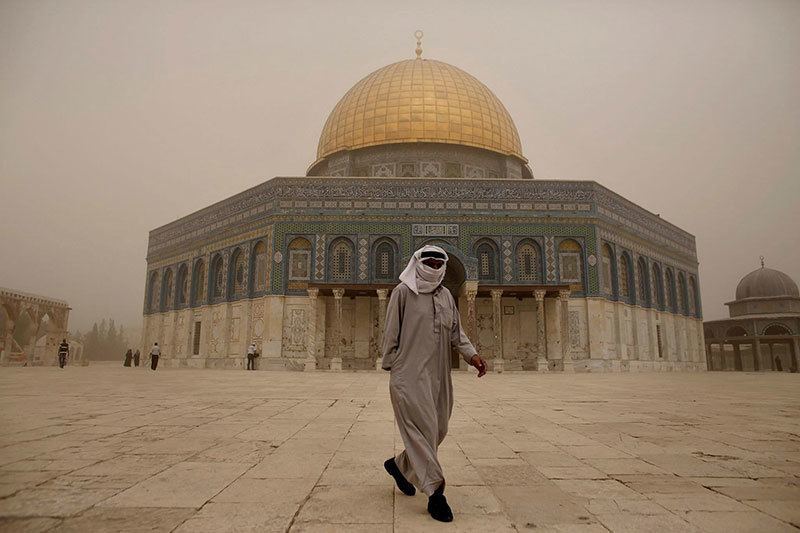 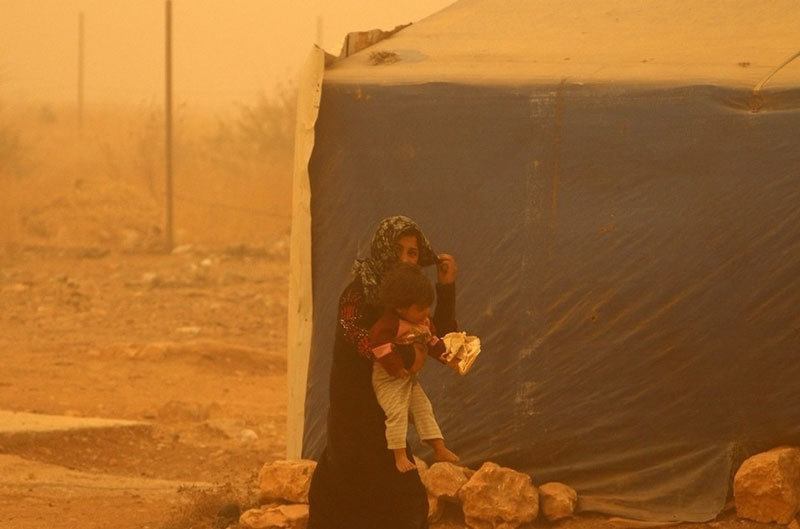 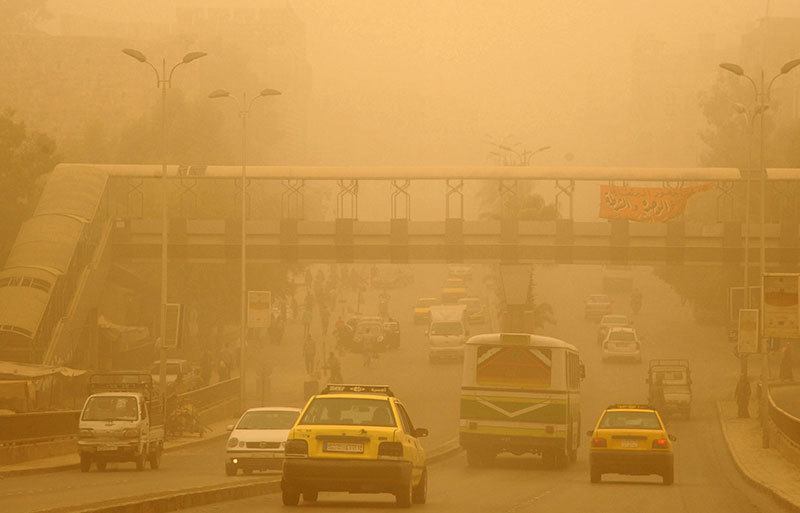 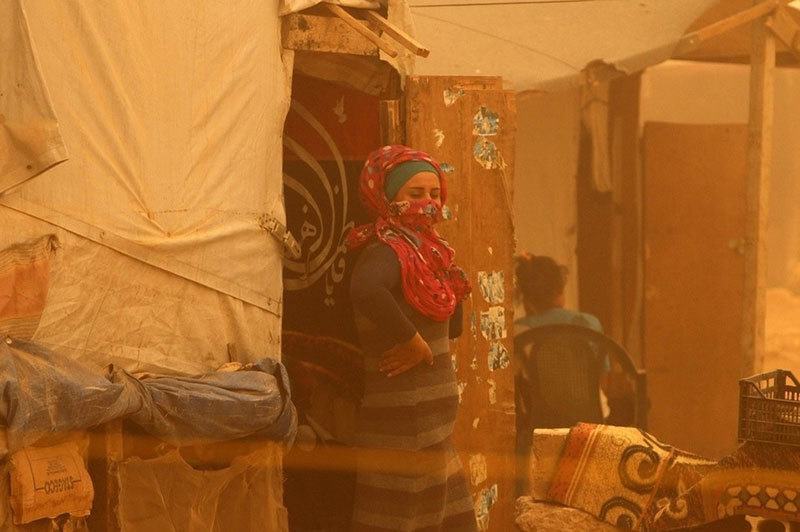 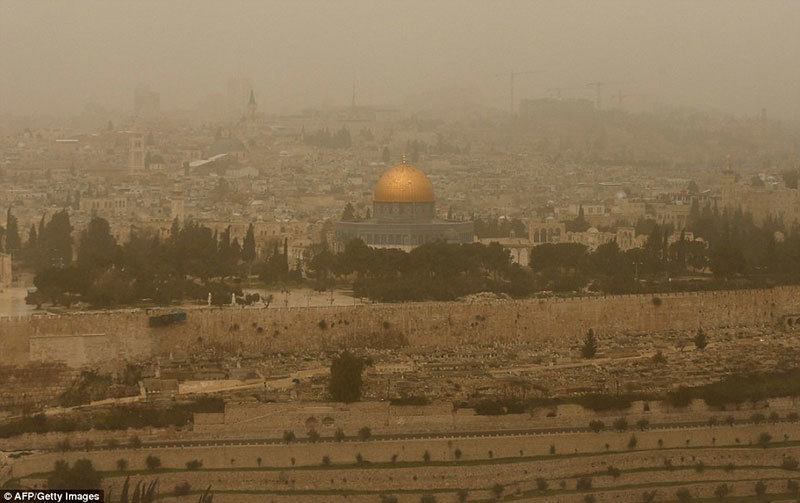 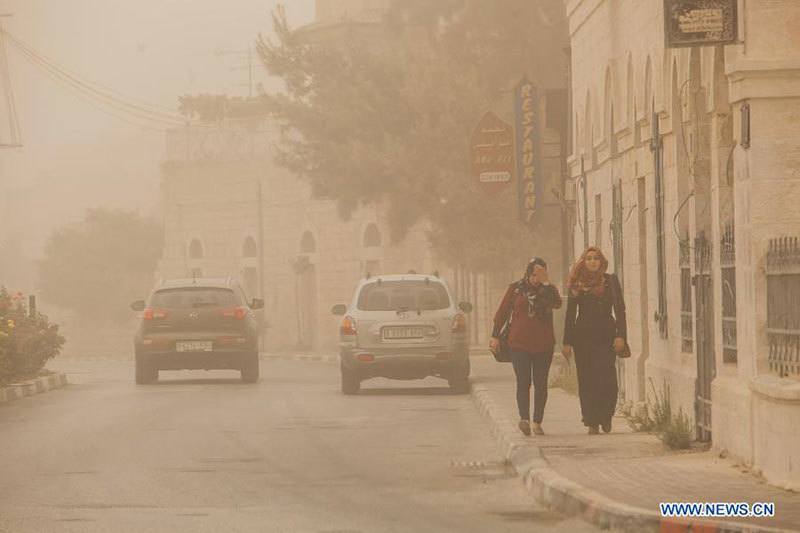 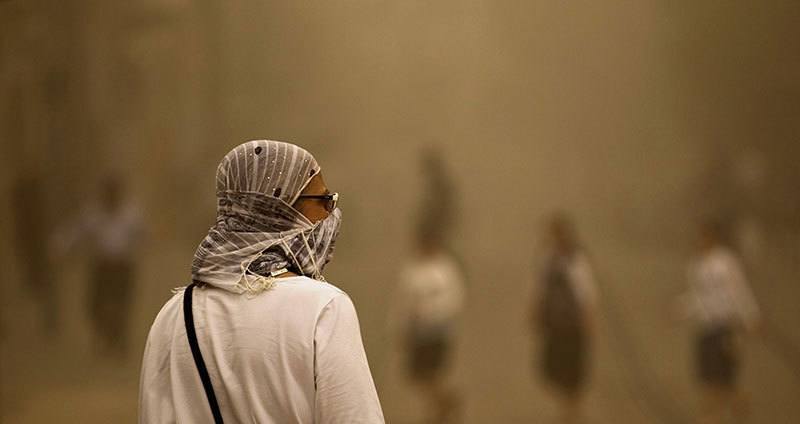 1 of 23
The Mount of Olives usually offers a beautiful view of Jerusalem’s Old City, but not this week. Source: International Business Times
2 of 23
Despite the extreme conditions, these people are still up for swimming in Beirut. Source: FT Photo Diary
3 of 23
NASA captured this aerial photo, showing that the sandstorm is visible even from space. Source: NBC
4 of 23
With skies this dark and sandy, it’s no wonder a number of flights were grounded in the Middle East. Source: Yahoo
5 of 23
In this photo, Syrian children trudge through the unfriendly landscape. Source: Ya Libnan
6 of 23
The one benefit of the sandstorm is that it has slowed air strikes. Source: Reuters
7 of 23
Glasses and facemasks make living with the storm bearable. Source: NBC
8 of 23
Images of the sandstorm resemble a dystopian setting, not a modern city. Source: Alalam
9 of 23
The Lebanese Martyrs statue in Beirut is barely visible in the sandstorm. Source: The National
10 of 23
Lebanon has been hit hardest by the sandstorm. Source: Aljazeera
11 of 23
The sandstorm comes at a time when high temperatures are already torturing residents. Source: Reuters
12 of 23
An Israeli man’s fish is framed by a sandy backdrop. Source: Aljazeera
13 of 23
A man bikes through the clouded streets of Jerusalem. Source: Sub
14 of 23
Armed with face masks, these kids brave the sandy skies to play a game of table football. Source: Vav News
15 of 23
Despite warnings, some people are conducting business as usual---with some added accessories (like this makeshift mask), of course. Source: International Business Times
16 of 23
Source: Daily Sabah Mideast
17 of 23
A Syrian refugee in Baalbek, Lebanon shields her child from the storm. Source: The National
18 of 23
As many as 2,000 people have been sent to Lebanese hospitals due to breathing problems. Source: Kiro TV
19 of 23
Syrian refugees in Lebanon have been particularly affected by the unseasonal storm. Source: The National
20 of 23
Schools were forced to be shut down or cut their days short due to the storm. Source: Colin Carman
21 of 23
Sana, Syria's state news agency, says that poor visibility may last until the end of the week. Source: Xihuanet
22 of 23
23 of 23 While sandstorms aren’t uncommon in the Middle East, this storm’s timing and intensity were completely unexpected. Usually the area receives one or two storms around spring, but rarely are they this forbidding. In fact, in Lebanon the storm is so low and dense that police have started handing out face masks and have advised residents to remain indoors whenever possible.

So far the storm has claimed at least a dozen lives, grounded planes and hospitalized hundreds of people with a myriad of respiratory problems—especially in Syrian refugee camps, which lack the protections that other indoor facilities provide. Thousands of people have sought medical treatment so far, and some hospitals are actually running out of life-saving oxygen.

Local media in Syria reported that the storm impacted visibility so severely that fighting and air strikes were disrupted.

It’s next to impossible to truly understand just how bad the Lebanon sandstorm is without being there, but this video does a pretty good job: