Despite the kingdom allowing women to drive — lifting a decades-long ban — there are still many restrictive laws against women in place. 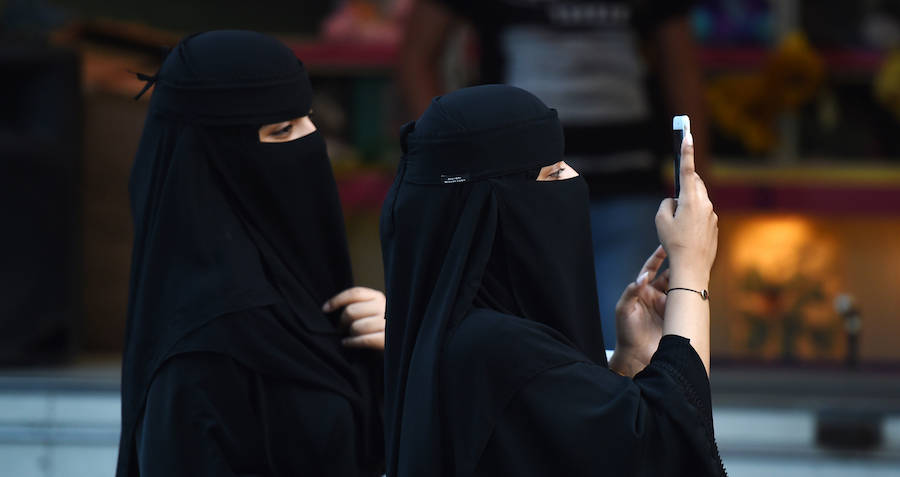 FAYEZ NURELDINE/AFP/Getty ImagesWomen walk in the Saudi capital Riyadh during celebrations for the anniversary of the founding of the kingdom.

An anonymous woman in Saudi Arabia was reportedly handed a two year prison sentence for hugging a singer on stage while he was performing a concert in the western city of Taif.

The woman jumped onto the stage, visibly excited to get the chance to greet Iraqi singer and composer Majid al-Muhandis. Mohandis appears to hug the woman back, and the woman clings to the singer until several security personnel try to escort the woman off.

The incident occurred earlier in July, and a leaked video posted to Twitter shows exactly how this violation of Saudi Arabian religious law played out:

The woman isn’t just facing prison time — she also received a fine of $27,000 for the offense.

Local newspaper Al-Madina reported that the woman was arrested for public offense, and she explained that she acknowledged the hug and said that this incident was a spur-of-the-moment action on her part.

By law, Saudi Arabian women are not allowed to touch or unlawfully mix with men that they’re not related to. In Saudi Arabia, most public buildings have separate entrances for both sexes while most parks, beaches, and other public areas have separate male and female sections.

Saudi Arabia’s restrictive laws against women are some of the most severe and constraining in the world. Despite the fact that a decades-old law banning Saudi women from being able to drive was lifted on June 24, there are still a multitude of simple things women aren’t allowed to do. 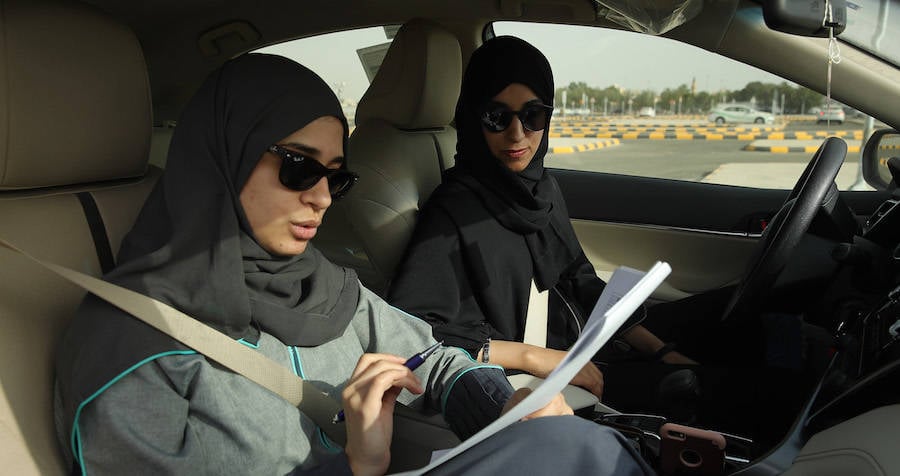 Sean Gallup/Getty ImagesA student and instructor practice driving at the Jeddah Advanced Driving School at King Abdulaziz University the day after women are allowed to drive in Saudi Arabia.

Saudi Arabia’s guardianship laws — which essentially don’t allow women to make any major decision without a male’s permission — have been labeled as “the most significant impediment to realizing women’s rights in the country” by Human Rights Watch.

Guardianship laws forbid a woman from enrolling in school, finding a job outside of her home, marrying, or traveling without permission from a male guardian. No matter her age, a Saudi woman will always be a legal dependent to her male guardian, known as a wali.

Other restrictive laws prevent women from being able to go swimming in public, wear clothes or makeup that accentuate or “show off” a woman’s beauty, and reading uncensored fashion magazines. 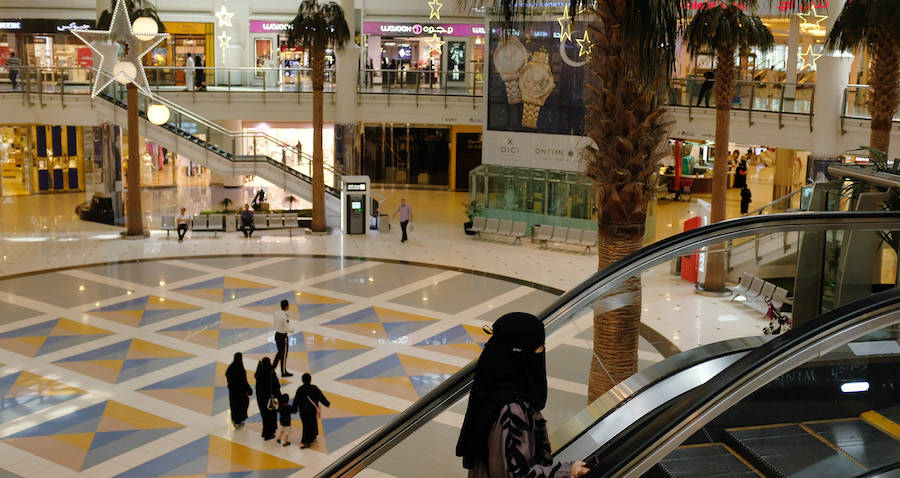 Women aren’t even permitted to try on clothes while shopping, because as Vanity Fair writer Maureen Dowd explains it, “The mere thought of a disrobed woman behind a dressing-room door is apparently too much for men to handle.”

Despite these significantly impeding laws against women, Dowd points out that everything in Saudi Arabia “operates on a sliding scale, depending on who you are, whom you know, whom you ask, whom you’re with, and where you are.”

Next, read about the cruel history of women’s fashion. Then, check out this story about the evolution of Madonna’s feminist message.