Some Schools Are Banning Backpacks In Response To School Shootings

Several middle schools and high schools across the U.S have implemented a backpack ban in order to “make every student feel safe.” 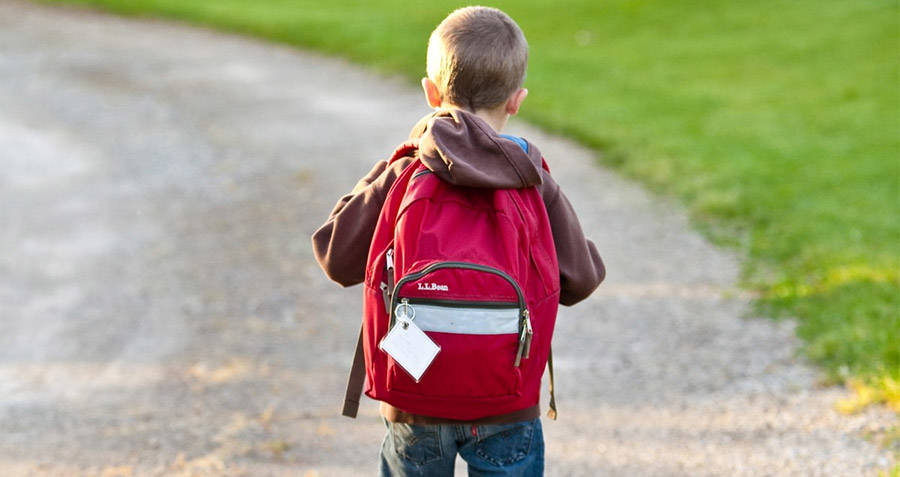 The latest in a stream of innovative school safety ideas following the Feb. 14, 2018 Marjory Stoneman Douglas High School shooting is a ban on backpacks.

It’s been reported that several middle schools and high schools across the U.S have implemented a backpack ban in order to “make every student feel safe.”

One of the first schools to implement such a ban was Niles McKinley High School in Niles, Ohio.

A parent at the school, Rhonda Campbell, told Fox8 that she’s in complete support of the ban adding, “We need to do whatever we can to keep our children safe. They are scared and we are too.”

“If you’re going to bring a weapon to school you wouldn’t hang it around your neck, you’d probably put it in a backpack,” said Scott L. Hopes, a member of the county’s school board.

Naturally, one of the biggest concerns was the effect the ban would have on students’ ability to get to class and the bus in a timely matter.

The concern was easily remedied, with school officials simply speaking to teachers and bus drivers about giving kids extra time to switch books.

Marion High School in Illinois is allowing backpacks, but they have to be see-through and left in lockers. The school initially didn’t allow any backpacks as well but found it to be too much of a hassle.

A student at Marion High School, Sheldon Ratchford, told reporters, “All my stuff is wet now from the rain. My notebooks are all ruined and stuff.”

Manatee County in Florida also enforced the backpack ban in its schools, though it was only a temporary ban after several students were arrested for making violent threats against their school. As of Feb. 26, 2018, students were permitted to carry backpacks again.

In West Virginia, Winfield High School took a different approach. After their campus received a threat as well, backpacks now need to be kept in lockers unless they are clear. They also banned cell phones.

Though it may seem like a new idea, school backpack bans have existed since 2005. The Clark County School District in Las Vegas imposed such a restriction, but it didn’t have much to do with school shootings. Instead, it was a way to remedy “increasingly cluttered hallways and reported thefts.”

It’s important to make kids feel safe. Of course, there’s a difference between feeling safe and actually being safe.

Though a law restricting gun violence research has been in effect for the past 20 years, maybe some research into the effectiveness of school backpack bans in relation to school safety will prove useful.

Take a look at 23 dramatic photos from the Parkland school shooting. Then read about the program launched in Colorado to train school employees how to use guns.