Scientist Gets Gullible Public To Petition For A Ban On Water

In addition to being humorous, pranks can expose troubling revelations about how our scientific ignorance aids in the formation of tragically misinformed opinions. Such was the case when people became alarmed at the idea of being exposed to dihydrogen monoxide. Just for the record, dihydrogen monoxide is a fancy chemical way of saying H2O, more popularly known as water. 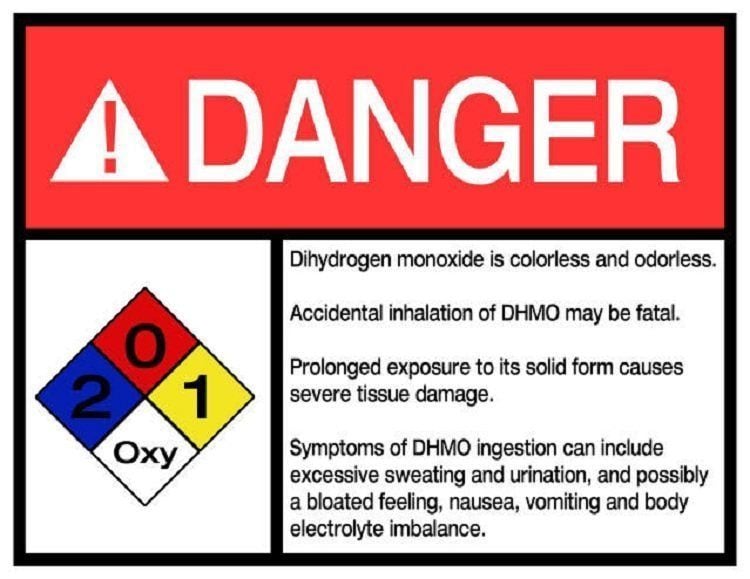 Originally, the term was used in a 1980s newspaper April’s Fool’s Day prank, but it was young 14-year old Nathan Zohner’s 1997 science project that gained it national notoriety. In his project, titled “How Gullible Are We?”, Zohner gathered petitions to ban dihydrogen monoxide (DHMO). A shocking 80% of his subjects were in favor of banning water, and Nathan won the grand prize at the science fair. 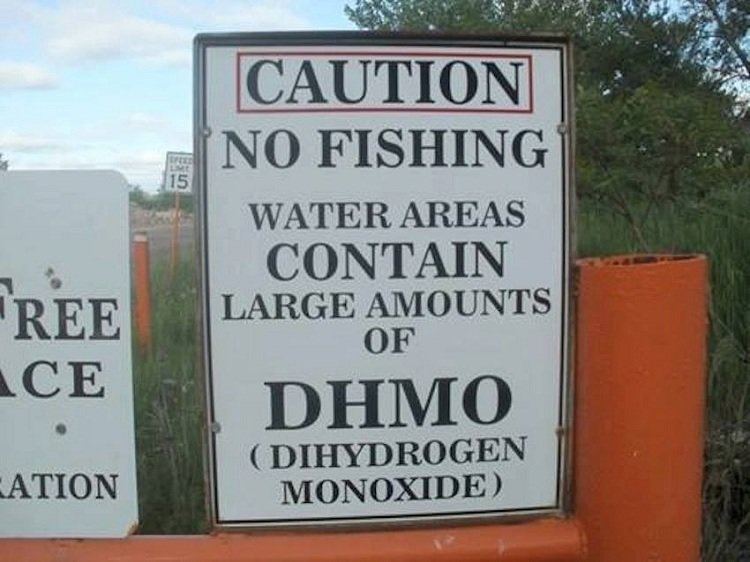 Save yourself while you can. Source: Photobucket

Since then the ol’ dihydrogen monoxide gag has been reused on several occasions, and each time the result is the same: people are in favor of banning it because of their irrational fear of anything that sounds remotely like a chemical.